This virtual experience is hosted by Full-Time MBA Admissions & Student Recruitment in partnership with Carolina Women in Business (CWIB) and the 100 Women movement. This event is an engaging, online version of our traditional in-person event to provide prospective Full-Time MBA students the opportunity to network with each other and learn more about the incredible community, support and resources for women at UNC Kenan-Flagler.

What to expect at UNC Kenan-Flagler Women’s Workshop:

Registration for Women’s Workshop 2021 is now closed. We encourage you to check out our events calendar for other opportunities to connect with our admissions team and UNC Kenan-Flagler community. 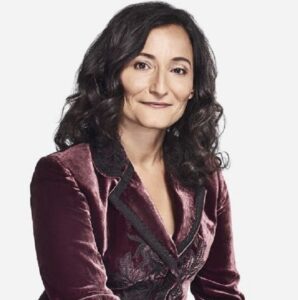 Phaedra Boinodiris is the business transformation leader for IBM’s Responsible AI consulting group and serves on the leadership team of IBM’s Academy of Technology. She is also the co-founder of WomenGamers.com, a popular women’s gaming portal. There, she subsequently started the first scholarship for women to pursue degrees in game design and development in the United States. Currently, Phaedra is pursuing her Ph.D. in AI and Ethics at University College Dublin’s Smart Lab. In 2013, Phaedra was awarded the Outstanding Young Alumni Award from UNC Kenan-Flagler.

Phaedra has been dedicated to the mission of STEM and inclusivity in her community with a particular passion in AI and Ethics for more than two decades.

In 2010, she was made responsible for IBM’s serious games strategy for the United States Public Sector – mainly focusing on U.S. Defense. Her strategies for evolving serious games have been championed by 4-Star generals, and she has presented her ideas for advanced process optimization games to the Vice Chairman of the Joint Chiefs of Staff at the Pentagon and to the head of DARPA. Her earlier work in serious games is being used in over 1,000 schools worldwide to teach students the fundamentals of business optimization.

A prolific public speaker and author, Phaedra has keynoted two NATO Summits, and was recognized by the United Nations as the 2019 Woman of Influence in STEM and Inclusivity. Additionally, IBM recognized Phaedra with the 2018 Social Innovator Award.

As producer of IBM’s award-winning INNOV8 serious of serious games, Phaedra is responsible for IBM’s broader global serious games strategy, leading their global effort of leveraging serious games to provide greater agility for organizations industry-wide. Prior to working at IBM, she was a serial entrepreneur for 14 years. In that time, she co-founded WomenGamers.com, started the first scholarship for women to pursue degrees in game design and development in the United States, and was recognized by Women in Games International as one of the top 100 women in the games industry.

Can’t attend every session? No problem. We invite you to participate in as many sessions as you are interested in or are able to attend.

We will provide closed captioning for all sessions. All times are in EST.

Registration for Women's Workshop 2021 is now closed. We encourage you to check out our events calendar for other opportunities to connect with our admissions team and UNC Kenan-Flagler community.

END_OF_DOCUMENT_TOKEN_TO_BE_REPLACED 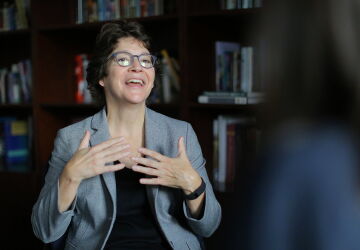 A highly regarded academic leader, teacher and researcher, she joined the School in 1985. 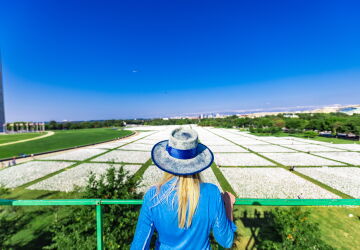 A time to heal

Through her groundbreaking art installation, Suzanne Firstenberg (MBA ’83) helped a nation on its knees cope with immense loss during the COVID-19 pandemic. 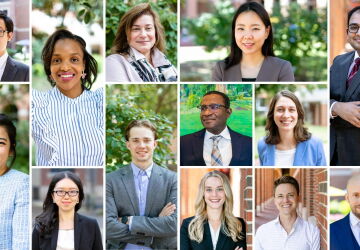 Meet the new class – of faculty!

Our newest faculty members work in the fields of finance, management communication, marketing, operations, organizational behavior, and strategy and entrepreneurship.