Seeking new opportunities takes grad around the globe – and back 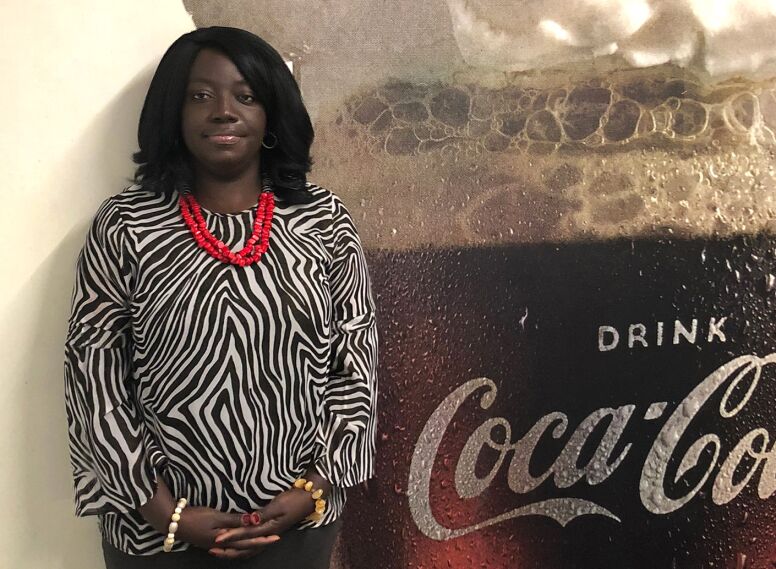 Abby Abena Asem (MBA ’06) is all about seizing opportunities no matter where they might take her.

Asem grew up in Ghana and earned an engineering degree in England, and has worked in geographies far and wide.

Promotions might not be as critical as trying on new roles or taking on projects requiring skillsets you haven’t fully developed yet, she says. Her own career is a rich patchwork of these kinds of enriching activities.

Asem worked for Heineken International in Holland, Poland and Ghana before she applied to MBA programs and was accepted to four out of the five schools on her list. But UNC Kenan-Flagler captured her heart even though she wasn’t able to visit before she enrolled.

“It just felt as if it was right,” she says. “The admissions team made me feel as though they truly wanted me to be at the School. At the other business schools, I felt I would be a number.”

Soon she began to participate in the Forté Foundation, an organization that promotes women in business schools and gave Asem a scholarship and access to leadership conferences.

At a conference in New York, she was impressed by the women executives and learned about what it takes to be a leader in an organization. While her interaction with Forté began as a means of funding her education, it became more to her, and she volunteered for the organization to help them better understand data related to women in the workplace.

After graduating from UNC Kenan-Flagler, Asem worked in the high-pressure world of management consulting at BCG in Atlanta. Two years later, she shifted to strategy and business development at United Technologies in Hartford, Connecticut, where she started – in the beginning – on her sweet spot in strategy and M&A.

Shortly after, she was offered and accepted a role as director of product management at Lenel, a small division of United Technologies focused on open-platform security solutions, in Rochester, New York. She was out of her comfort zone and trying something new for the benefit of the experience. “It was a technology product and it stretched me,” says Asem. “I learned how to manage highly technical people, who knew more about the product than I did.”

She also realized it was not her passion, so she took a break from the corporate world to figure out what she wanted to do next. That’s when she learned of an opportunity back at her alma mater. She returned to UNC Kenan-Flagler School as an associate director in career management, working with students interested in pursuing careers in consulting and with international students.

“It was one of the most rewarding career experiences I have ever had,” she says.

Asem was motivated, in large part, by her desire to help international students like herself who were initially intimidated by the corporate recruiting system, which is uniquely American. During her tenure, she built a program to help international students accelerate their learning of the American job search approach, and help students interested in consulting better understand the particulars of recruitment, including case interviews. She is still in touch with some of her former students today.

As she was thinking about her career roadmap for the next five or 10 years – and seeking the next new learning opportunity – a former BCG colleague contacted her about an opening at Hershey. Asem turned her down at first, but as she learned more about Hershey, she got hooked. She was particularly intrigued by the company’s long legacy of supporting its communities through education.

She led international strategy for Hershey from its headquarters in Hershey, Pennsylvania, recommending new markets the company should consider entering, identifying opportunities to deliver growth in struggling businesses and evaluating partners to accelerate growth.

When executives approached her about taking a new role in the digital part of the organization, Asem initially thought it was a bad idea. Again, the role didn’t match her expertise or her comfort zone. But it was time to try something different and it was a unique opportunity to stretch and learn something completely new and of immense interest.

She accepted and worked on helping Hershey get a grasp on emerging technologies across augmented reality, data and analytics, artificial intelligence. “Showcasing prototypes was always fun and got tremendous engagement,” she says.

Asem has developed a distinct leadership style she describes as “situational and empowering.”

“There is no one leadership style for every context, so you must adapt. Leaders never have all the answers. Their team must feel empowered to make the right decisions and have accountability as well.”

These philosophies carried her through to another opportunity. One year after taking on the digital role at Hershey, Asem received an unexpected call from an executive recruiter at The Coca-Cola Company about a job in Johannesburg, South Africa. Initially, she wasn’t interested in the opportunity – she wasn’t sure it would be right for her or her husband and their two sons. Intrigued, she went through the interview process, talked to people, received advice and changed her mind again.

“I said, ‘If we’re ever going to do it, now is the time,’” says Asem. “One of my favorite quotes is, ‘What’s the worst that could happen?’” So, her husband, who is a research scientist, quit his job and they packed up and moved to Johannesburg.

Today Asem is director of strategy and insights for the Southern and Eastern Africa business unit at Coca-Cola, a role that spans 16 countries.

“My journey at Coca-Cola is just starting,” says Asem. “And I have a tremendous runway. As an African returning to the continent, I see so much opportunity here.” 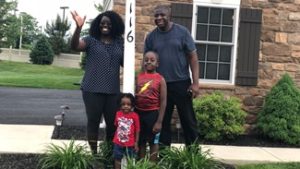 Her family arrived in Johannesburg on June 1, 2018, and are adjusting well and making friends. When her oldest son learned that his December birthday could be celebrated outside for the first time ever – since it will be summer there – he was sold.

One thing of which she is certain is that her decision to become a Tar Heel is forever. When she was considering the move to Johannesburg, she reached out to an alum who had written a blog about living and working in the city. Even though the alum had moved away, she replied to Abby, provided great advice and links to other expats.

Asem pays it forward, too, whenever someone from UNC Kenan-Flagler contacts her.

“There are not a lot of things you can be certain of in life,” she says. “I can almost guarantee that if I reach out to an alum and say, ‘I’m a Tar Heel,’ I will get a response.”

Her family will play a big part in her decisions about where to live and work moving forward, she says. “I have not fully laid out the future of my career. I have clear thoughts about what I’d like, but what I’ve done so far has not been scripted. I hope I can continue to take risks, learn a lot and have fun along the way.”