Making the most of your MBA experience

Throughout the application process, MBA candidates spend ample time filling out applications, writing essays and honing interview skills to get into business school.

But once you’re accepted and ready to go, what can you do to ensure you succeed in business school so you achieve your career goals and maximize your investment in yourself? And how do you even start? 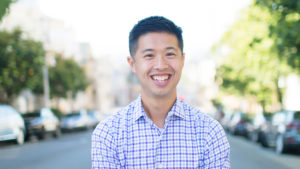 Al Dea (MBA ’15) has been studying the issue for the past five years and writing about it for his blog MBASchooled. Now he answers those question in his book “MBA Insider: How to Make the Most of Your MBA Experience.” It’s a how-to guide for navigating business school, with tips and best practices from over 50 students and alumni.

Here’s a sample from Dea’s book: Lessons from UNC Kenan-Flagler MBA grads show how you can make the most of your MBA experience.

The beauty of business school is that there are so many opportunities. That’s also why it can be so challenging.

Najee Johnson (MBA ’15) learned this in his time at UNC Kenan-Flagler. He described business school as “one big prioritization exercise.”

For example, when he recruited for management consulting, he knew there were info sessions, coffee chats and other relevant events he had to attend on top of his classes and study commitments. To ensure he succeeded, Johnson identified the courses that were most important to management consulting employers, and made sure he focused extra carefully to succeed in those classes. He asked for guidance from second-year MBAs on what events were most important for recruiting, and made sure to attend them.

“Everyone has his or her own unique strengths and experiences as well as their weaknesses, and putting these strengths to work can add real value.”

Johnson made sure to share his priorities with his study team, so they knew what they could count on him for, but also, what was important to him. With a clear sense of his priorities, he could make trade-offs, and still contribute to his study team. “It wasn’t easy, but having clear priorities meant I could make adjustments and honor all of my commitments,” he says.

Complete the fields below and we’ll be in touch with more information about our Full-Time MBA program.  Fields marked with “*” are required.

After growing up, going to college and working in India, Nishanth Kadiyala (MBA ’16) moved to Chapel Hill to attend UNC Kenan-Flagler. Since this was his first time living in the U.S, he took advantage of the many resources at UNC to immerse himself in his new home.

Whether it was taking advantage of the Business Communications Center to practice his public speaking or asking his classmates about American traditions, Kadiyala adapted quickly.

In addition to making use of the resources, he also made sure others learned – he taught classmates about Indian culture and business. “As MBA grads aspire to be globally relevant, it is equally important for the American counterparts to learn about your culture, too. So, this cultural shift doesn’t have to be a one-way street. All of us can be both a student and a teacher,” says Kadiyala.

Lesson 3: Find your own way to invest in relationships.

When you start a new experience – at the same time as a couple of hundred other people – and spend 12-14 hours a day them, you build relationships. But like anything of value, building relationships takes time and effort.

While there are plenty of ways to build them – social events, club activities and study teams everyone has their own unique style, Kirsten Smith (MBA ’20) recommends finding the best ways for you to build relationships, and to stick to them.

She enjoys getting to know people, but recognizes she needs alone time, too. Smith found that while she enjoyed some big events, she didn’t need to go to all of them. She realized she really enjoyed getting to know classmates in smaller group settings, and she made time for game or movie nights, or going out to a small group dinner in Chapel Hill.

Lesson 4: Use your strengths.

When he started at UNC Kenan-Flagler, Ben Thayer (MBA ’16) was impressed with his hard-working, collaborative and intelligent classmates. He also noticed that he and many of his classmates sometimes stressed about their faults or weaknesses.

“It’s easy to feel the imposter syndrome when you are around so many smart people,” Thayer says. To counter this feeling, he recommends looking within to “realize that everyone has something to offer.” By figuring out what your strengths are, and sharing them with others, you can make an impact.

“Everyone has his or her own unique strengths and experiences as well as their weaknesses, and putting these strengths to work can add real value,” Thayer says.

That happened after a study session for an economics exam where the professor mentioned a problem they weren’t familiar with. Thayer and classmates sprang into action: They divided up re-reading notes, reviewing videos and searching through the textbook. Sure enough, the problem was on the exam, and because we were prepared, they made high marks.

Lesson 5: Push yourself to take risks.

Business school is a chance to try new things and to push yourself, even if it’s uncomfortable.

He started his time in Chapel Hill by giving a dance performance in front of 200 of his classmates, and getting involved in various student activities that were new to him.

“Had you told me two years ago I would have done these things, I would not have believed you,” Caravellas says. As a result of these activities, Caravallas feels more confident presenting in public and exploring his creative side, something that was very difficult for him to do before business school.

By Al Dea (MBA ’15), author of “MBA Insider” and a senior manager in product marketing at software company in the San Francisco Bay Area.