Studying in Italy to learn about myself 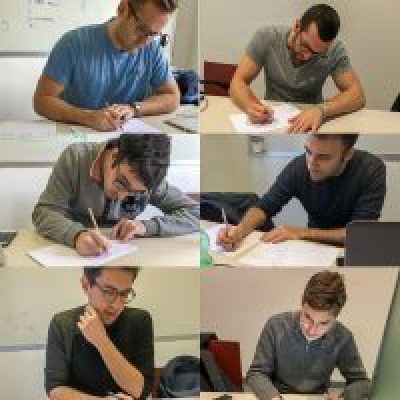 I decided to pursue an exchange program to complement my time at UNC Kenan-Flagler with an immersive cross-cultural experience and build a more diverse circle of friends. I chose SDA Bocconi in Milan, Italy, which known for its formidable reputation, small class size and strategic location.

I started at Bocconi not exactly knowing what to expect as joined the busiest term of the curriculum. Its recruiting had kicked into high gear – consulting firms were the talk of the town. Classes were quite fascinating with an Italian touch – I was enrolled in three and basic Italian. They were primarily case-based and participation was a vital component.

Classes at Bocconi aren’t held at regular intervals like they are at U.S. schools, which helped me travel during the week and weekends. I traveled all over Europe and to the Far East to meet fellow Tar Heels, longtime friends and forge new friendships. I visited historic landmarks – La Sagrada Familia, the Last Supper, Angkor Wat and the Hagia Sofia – testaments of enduring grandeur, silent witnesses to the passage of time.

I spent an incredible three months building some of my happiest memories; my time at Bocconi became the highlight of my time as a student. I wanted to get a general understanding of the Italian culture, the people, and their traditions and definitely make some new friends – and here’s what I learned.

I have lived in and travelled extensively in the Western Hemisphere, and Italians are hands down the friendliest people. They are warm, boisterous, laid back, passionate and emotional, many qualities found in my culture and country, India. For instance, we addressed our Italian professor as “Mama”’ Susanna. In addition, Italians have a strong family-centric culture, another similarity with the South Asian diaspora. These Italian qualities were perhaps the reasons I easily connected with and made some amazing friends at Bocconi.

Despite its relatively small size, Italy’s traditions and customs are vastly different as you move southward from Milan to Rome to Bari. I witnessed the Italian hospitality first hand from the professors, students and staff.

The concept of time

This is a touchy topic but Italians operate on their own standard time – personal and professorial instances. Being 15-20 minutes late is fairly common. Based on what I gathered, Milan in northern Italy, where I spent most of my time, is known for being generally “punctual,” as in, being 15-20 minutes late is acceptable, while that the degree of lateness increases as you travel southward. 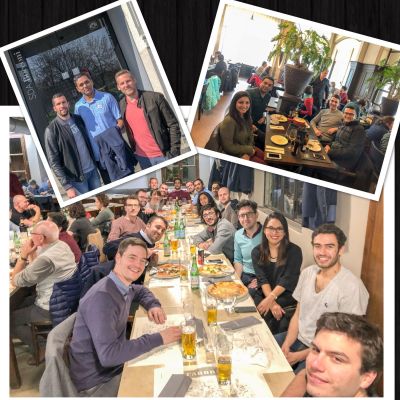 Collage of memories with the Bocconi family

Paying it forward: Bocconi, like most European schools, is a one-year program. Students do not have the luxury of second-year career mentors sharing their experiences. I realized I had the opportunity to share the wealth of consulting-specific knowledge I gained at UNC Kenan-Flagler.

This was my value proposition during their busiest term that served two purposes:

I was extremely fortunate to receive rigorous training in consulting recruiting’s best practices at UNC Kenan-Flagler. In early January, I reached out to Bocconi’s consulting club president, Steffen Schlicht, to examine ways I could help. We teamed up to organize a “crack the case” crash course where folks gained insights into consulting interview prep. What followed was an unexpected and a remarkable turn of events. By the time the term ended, I had the incredible privilege to spend some 60+ hours with some of Bocconi’s best students helping them refine their résumé walks, casing prep, STAR stories and general interview preparation. I remember the advice from our professor Dr. Chris Bingham: Change can be small and incremental, but these small steps will ultimately have an impact. What an impact it had – these brilliant folks, some of whom have become really close friends went on to get multiple internship offers at Strategy&, A.T. Kearney, Roland Berger, Alvarez and Marsal, Bain and Company, Alix Partners, The Boston Consulting Group and Facebook, to name a few.

I have always believed travel to be therapeutic to the soul. My time at Bocconi was transformational in many ways. Bocconi and Italy truly felt like home as I accumulated a treasure trove of joyful memories, an enhanced clarity on myself as an individual. I hope my experiences would encourage folks to travel, explore, expand worldviews, shed parochial inhibitions, and interact with a multitude of cultures.

My experiences, the incredible people and my wonderful Bocconi friends taught me a few things about the importance of slowing down, not everything needs to happen on schedule and according to plan; that it’s ok to be a little late (at times), and enjoying some of the finer aspects of life (food, wine, gelato and, of course, coffee).

Perhaps the most important aspect that was reinforced while I was here was the human element. Despite numerous superficial differences in cultures, languages, customs, nationalities, experiences, ethnicities, we have more in common that unites us. To quote the words of Margaret Atwood and echo the words of our wise Italian Professor Scarponi – “I hope that people will finally come to realize that there is only one race – the human race – and that we are all members of it.” That is all that matters at the end of the day.