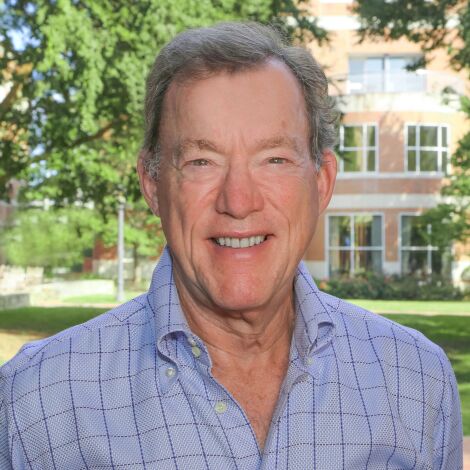 Professor of the Practice of Strategy and Entrepreneurship

He teaches consulting skills and frameworks in the Undergraduate Business and MBA Programs.

He also is a faculty adviser in the STAR program, which gives MBA and Undergraduate Business students the opportunity to consult on projects for real companies around the world, and a leader in UNC Kenan-Flagler’s startup of the NC Prison Entrepreneurship Program.

Professor Jones came to the School after serving as CEO of Suncorp, one of Australia’s 25 largest companies, based in Brisbane. He has international experience leading large and small companies to develop strategy, lead major change and build organizational capability.

He serves on a number of company boards including State Farm Insurance and Glen Raven, a global textile company based in North Carolina. He is the lead director at two portfolio companies of Serent Capital, a San Francisco-based private equity firm. He previously served on the boards of Bank of America, Progress Energy and Premiere Global Communications.

Professor Jones was a management consultant with McKinsey & Company in the Atlanta office and transferred to Melbourne, Australia in 1988. He helped clients in construction materials, chain drug stores, alcoholic beverages, electricity, textiles and banking to develop growth strategies, improve operations and manage merger integration. He was a member of McKinsey’s practice development groups in managing major change and merger integration.

In 1991 he joined the Australian & New Zealand Banking Group, and later became CEO and managing director of ANZ – New Zealand Ltd. in Wellington.

His professional affiliations include the Young Presidents Organization (YPO), CEO and WPO.

The Australian Financial Review named him one of the “Top 30 True Leaders” in the corporate, public and not-for-profit sectors in 2001, and Bulletin magazine named him one of Australia’s top 50 CEOs. The Osborne survey of 25 Australian financial services companies cited him as one of the top three CEOs in promoting diversity and affirmative action and “the most consistent performer overall.”

The Australian government awarded him the Centenary Medal for business leadership and service to the community in 2001.

The Queensland University of Technology awarded an honorary doctorate to him in 2002.

Professor Jones earned his MBA with distinction from Harvard Business School and his BA in economics from UNC-Chapel Hill, where he was a Morehead-Cain Scholar.