Leonard W. Wood Center for Real Estate Studies About Us Executives in Residence

The Wood Center MBA Real Estate Academy is pleased to launch an Executives in Residence (EIR) program for the 2022/2023 academic year. Our EIR program is comprised of senior C-Suite executives who volunteer their time to counsel the next generation of real estate leaders.

Meetings will last 30-45 minutes and must be scheduled at least a week in advance. At the time of scheduling, students submit their resume and prepare for their meeting. We encourage students to sign up early in their first semester as they begin to explore and clarify career paths and assess opportunities for internships and full-time jobs. Meetings are open to both first and second year MBA students. Schedule your meeting here.

Meet with our Executives 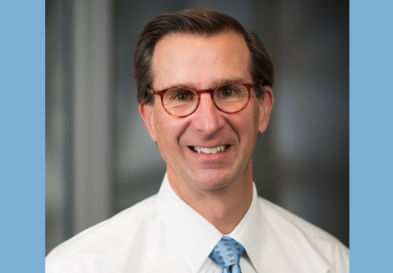 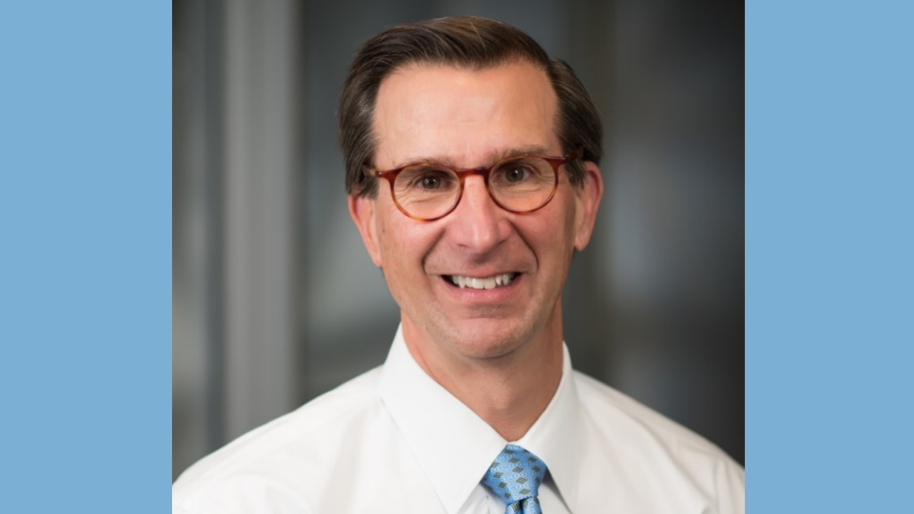 Ed joined Highwoods in 1982, a year after graduating from the University of North Carolina at Chapel Hill with a Bachelor of Science degree in Business Administration. He was a partner of Highwoods’ predecessor company before its initial public offering in 1994. Ed worked in many roles at Highwoods such as property manager, broker, head of asset management, head of development and Chief Operating Officer. He became president in 2003 and CEO in 2004. Throughout his tenure as CEO, Highwoods averaged a per annum, total shareholder return of 12.8%. An industry highlight for Ed was serving as chair of the National Association of Real Estate Investment Trusts (Nareit). After 37 years with the firm, Ed retired in late 2019 and was a retained consultant to the company. At the time of his retirement, Highwoods was investment grade (Moody’s Baa2, S&P BBB) and all but one asset was unencumbered by debt. He has been active in his community throughout his career, and even more so now. Among other industry and civic awards, Ed is a recipient of the prestigious Order of the Long Leaf Pine presented by the Governor of North Carolina. 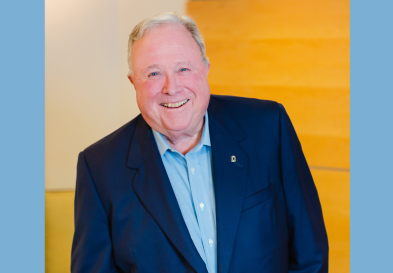 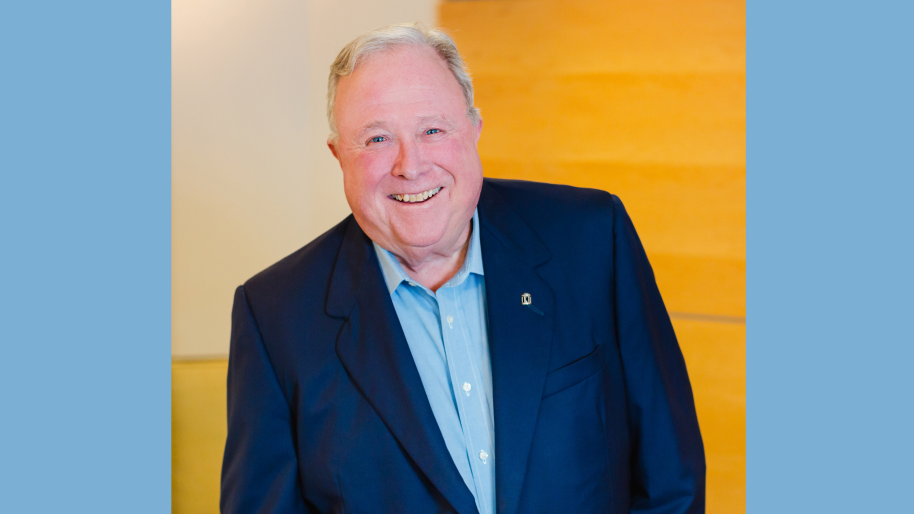 Roger L. Perry, President of East West Partners, is a graduate of the University of North Carolina at Chapel Hill and The Executive Program at UNC’s Kenan-Flagler Business School.  Roger began his development career in 1972 when he joined the Sea Pines Company at River Hills Plantation near Charlotte. Four years later he joined the sales force at the Brandermill Community near Richmond, Virginia. He quickly rose to Senior Vice President of Sales and Marketing. In 1983, Roger returned to North Carolina to develop Woodcroft, an 800-acre community located in Durham near the Research Triangle Park. A few of East West Partners’ more well-known projects include Downing Creek, Meadowmont and East 54 in Chapel Hill, Bandwidth Corporate Campus and Falls River in Raleigh, Cary Park in Cary, Riverbend, Fairway Row and Davis Lake in Charlotte, Adams Farm in Greensboro, Woodcroft, Liberty Warehouse and The Bartlett in Durham, River Place and Common Desk in Wilmington.

Roger lives in Chapel Hill with his wife, Linda. 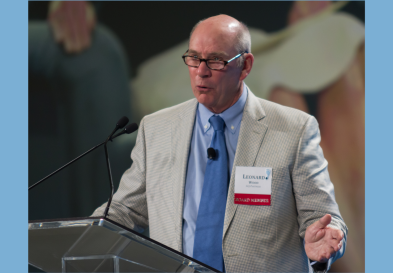 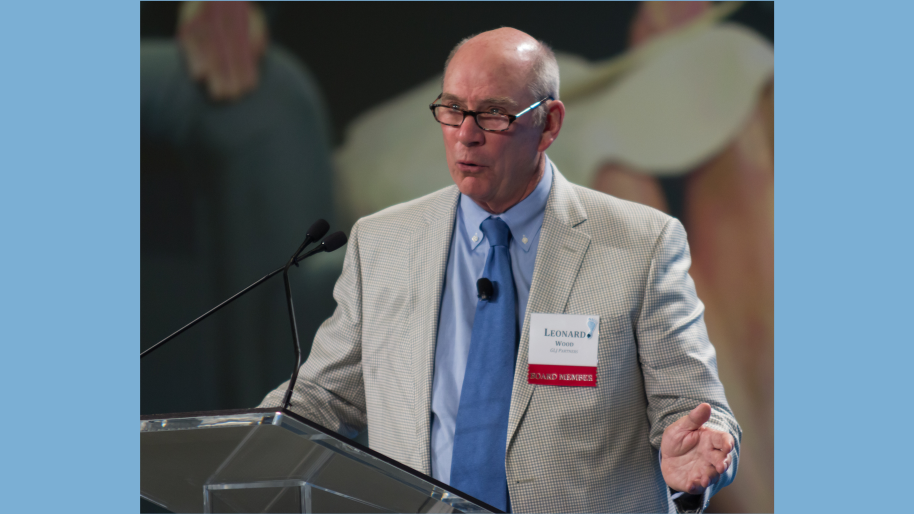 Leonard W. Wood and his son Kevin Wood founded Woodlands Apartment Communities in 2021.  The company is focusing on developing attainable multifamily projects in the greater Atlanta area.  In 2013 he merged GLJ Partners, a southern California apartment development company founded by Mr. Wood in 2008, into Trammell Crow Residential. Starting in November 2013, Mr. Wood joined the Advisory Board of Trammell Crow Residential where he continues to serve.

Mr. Wood retired as CEO of Wood Partners, LLC in November 2007.  Mr. Wood founded the company in April 1998, and its primary focus continues to be the development of apartment and condominium homes in the Baltimore/Washington D.C. area, Boston, New York, the Southeast, Florida, Texas, Colorado, Nevada, Arizona, Seattle and California.  At the time of Mr. Wood’s retirement, Wood Partners had started, since inception, over 41,000 multi-family units representing an investment of more than $5.6 billion.  Wood Partners was the largest multi-family builder in the U.S. in 2004, the 3rd largest in 2005, and the 6th largest in 2006 according to Builder Magazine.  Wood Partners also received the 2006 Fastest Growing Private Builder award from Builder Magazine.  Mr. Wood continued to serve on the Board of Directors thru the end of 2013.

Prior to founding Wood Partners, Mr. Wood joined Trammell Crow Residential (“TCR”) as Partner in charge of North Florida in 1982.  In 1985, he moved to Atlanta to assume responsibility for the Southeast Region.  Over time, Mr. Wood also accepted responsibility for the Texas, Midwest, and Southwest Regions.  The primary focus of Trammell Crow Residential is apartment acquisition, development and management.  In January of 1994, five operating companies that worked with Mr. Wood in Texas, Georgia and Tennessee combined and had an initial public offering as Gables Residential Trust, a New York Stock Exchange REIT.  In November of 1997, TCR sold its Southwestern assets and operations to BRE Properties, Inc. (NYSE).  In December of 1997, TCR sold its Midwestern assets and operations to Avalon Properties, Inc. (NYSE) and AMLI Residential Properties Trust (NYSE).  In March of 1998, TCR sold its North Florida assets to Merry Land & Investment Co., Inc. (NYSE), who subsequently merged with Equity Residential (NYSE).  During Mr. Wood’s tenure at TCR, he started over 54,000 multi-family units representing an investment of more than $2.5 billion.

In October of 1996, Homegate Hospitality, Inc. (“Homegate”) had its Initial Public Offering.  Homegate combined TCR’s development capabilities with Wyndham Hotel Company’s management expertise to create an extended-stay hotel chain.  Mr. Wood was on the Board of Directors of Homegate.  In December of 1997, Homegate merged with Prime Hospitality, a New York Stock Exchange lodging company.  Subsequently, Prime sold to Marriott.

Mr. Wood is a 1972 University of North Carolina M.B.A. graduate, with an undergraduate degree from N.C. State University in 1968.  As an Audit Manager with Arthur Andersen & Co., Mr. Wood had an extensive real estate clientele.  In 1977, Mr. Wood became the Controller for Brandermill, “the best planned community in America.”  In 1979, Mr. Wood became General Manager of Fripp Island, a large-scale planned unit development including both real estate development and sales, as well as resort operations.

Mr. Wood is a former Chairman and served on the Board of the Multi-Family Leadership Board of NAHB.  He also is a former Chairman and served on the Board of Directors of the National Multi Housing Council.  Mr. Wood is a past Governor, Trustee, and Chairman of the Multi Family Council of the Urban Land Institute.  He is active in numerous charities with a particular focus on education.  Mr. Wood has also been active with various wounded warrior programs.  His youngest son, Kevin, served two tours in Iraq.  He has also served on the Board of Visitors of the University of North Carolina’s Kenan-Flagler Business School.  In 2001, Mr. Wood received the MBA Alumni Merit Award from the University of North Carolina.  In 2007, Mr. Wood founded the Wood Center for Real Estate Studies as a part of the Kenan-Flagler Business School and is the Chairman Emeritus of its Advisory Board.  In 2018, Mr. Wood was awarded the Davie Award, the highest award a UNC alumni can receive.  He formerly served on the Board of the Darlington School.  He was formerly a Board member of Cole Credit Property Trust III, Inc. and Cole Corporate Income Trust, Inc.  Mr. Wood served on the Board of the Ocean Reef Club, the largest private club in the world.  He is a Past President of Card Sound Golf Club in Key Largo, Florida.