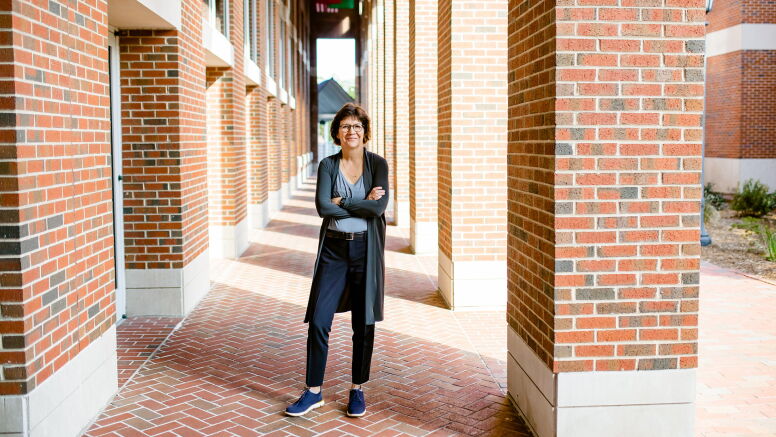 That is the universal response upon learning the news that Jennifer Conrad has been named interim dean of UNC Kenan-Flagler Business School.

From conversations in the halls of the McColl Building to alumni comments on LinkedIn, the consensus is that Conrad is the best person to lead the School during an exciting and challenging time. She was named interim dean effective Sept. 22, 2022, and will serve in the role while the University undertakes a national search.

Evans has known Conrad from the start of her UNC Kenan-Flagler career in 1985. “I am proud to say I hired her,” he says.

She joined as a finance instructor after earning her PhD in finance and economics from the University of Chicago, where she also earned her MBA. Today Conrad, the Dalton McMichael Distinguished Professor of Finance, is an award-winning teacher and researcher as well as a seasoned academic leader.

“The wide range of things she has done in the School makes her an excellent choice to be interim dean,” says Evans. “She is well known and widely respected as an instructor, scholar and administrator throughout the School. And since she has already served as senior associate dean for several years, she has been involved in the range of issues that moves through the dean’s office. She is known for excellent execution, always after seeking and considering input and never with unnecessary fanfare.”

Her appointment follows the retirement of Doug Shackelford (BSBA ’80), who joined the faculty in 1990 and served as dean from since 2014.

Conrad’s selection brought reassurance to the community during the transition because of her knowledge of the School and its work, the respect she commands from stakeholders and her commitment to doing what is best for the School. 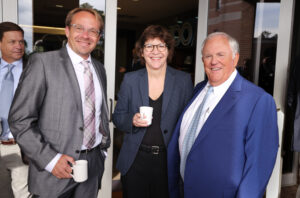 “Jennifer knows what matters for UNC Kenan-Flagler and she will support our values and priorities,” says Evans. “While faculty, staff and students continue with their work, they can be confident that we have excellent leadership in the deanship.”

Conrad is already deeply engaged in her new role and looking ahead. “I want to do what I can to advance the innovations – in processes, programs, centers and areas – that are in early stages and the significant activities that are underway,” she says. “I will work to maintain the considerable momentum that we have achieved together in so many areas across the School,” she says.

Conrad served as senior associate dean for academic affairs – what some have described as the hardest job in the School – from 2011 until 2016, overseeing the work of the faculty and academic programs. She served with two permanent deans (Jim Dean and Shackelford) as well as Evans during one of his stints as interim dean.

She was in that role when the School launched MBA@UNC and the online format of the Master of Accounting Program. She even managed to make time to develop one of the first courses for MBA@UNC when it launched in 2011.

In recognition of her service in that role, she received the Roy W. Holsten Exceptional Service Award, the highest honor for service and exceptional leadership awarded to faculty and staff, in 2016.

“I can’t think of anyone who has served the School so effectively in so many important dimensions across such a sustained period of time. Jennifer epitomizes the values of the exceptional performance,” wrote one of the colleagues who nominated her for the award. “Whenever Jennifer’s name comes up, staff members offer unsolicited praise because she treats us with respect, consideration and as valued members of the School community. She keeps the big picture in mind but doesn’t forget the people and efforts required behind the scenes to execute our ideas and programs. She is generous in spirit and in showing her appreciation of work well done.”

She has served on many University committees, including search committees for deans and provosts, as well as outside the University in academic roles – editor, reviewer, committee member – that boost the Business School’s global reputation.

Most recently Conrad led the recent effort to review and update the School’s core values to include integrity, inclusion, innovation and impact as chair of the values-driven culture committee from 2020-2021 in a School-wide strategic initiative. “She was thoughtful, thorough, collaborative and authentic,” says Tammy Samuels, interim executive director of engagement and inclusion and executive director of career and leadership for MBA and alumni.

“Across all the roles Jennifer has held at the School, two words come immediately to mind: excellence and respect,” says David Hofmann, who succeeded Conrad as senior associate dean of academic affairs.

“She excelled in each role and did so in a manner that resulted in her being one of the most widely respected leaders in the School. She is even-keeled, thoughtful, listens to all sides of an issue and makes wise decisions. She is the perfect person to lead the School through this transition,” says Hofmann, now senior associate dean of UNC Executive Development and the Hugh L. McColl, Jr. Distinguished Professor of Leadership and Organizational Behavior.

“Jennifer is level-headed, fair and impressively accomplished while lacking the hubris that often accompanies such success,” says Mabel Miguel, clinical professor of organizational behavior. “She’s the epitome of the ‘lovable star,’ someone who you can trust both as a competent leader and a fair, loyal, likeable person.”

Conrad is is teaching an elective class on derivatives for the Undergraduate Business Program this semester. She taught the core finance course for many years, as well as corporate finance, microeconomics, investments and quantitative methods.

On LinkedIn, alumni called her a favorite and memorable professor – “awesome.” 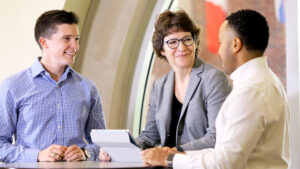 She has awards for excellence in teaching in the Undergraduate Business Program, Full-Time MBA Program and PhD Program at UNC Kenan-Flagler.

“I’ve always loved finance, and Jennifer made me fall in love with finance even more,” wrote Michael Carson (MBA ’08), senior vice president in commercial credit at Bank of America. “She was so knowledgeable and engaging, and loves the School.”

Abigail Pontzer Kamkar (MBA ’08), Green Dot Public Schools chief of staff, was a high school English teacher when she came to UNC Kenan-Flagler. “Professor Conrad opened my eyes to finance concepts in an understandable way. She is an excellent educator and leader,” she wrote on LinkedIn.

Evans recently had dinner with a friend who audited Conrad’s undergraduate finance course in the mid-1980s. “He said his notes from that class were invaluable in his business career and he still has them – and he even knows where they are,” says Evans. “My guess is that there are many such Jennifer Conrad stories.”

She is a recognized scholar in the field, says Greg Brown, Distinguished Professor of Finance and executive director of the Frank Hawkins Kenan Institute of Private Enterprise.

She is widely recognized for her research on investments and finance, with a focus on asset pricing, capital markets, institutional investing and portfolio management. She has over 8,000 citations of her published research.

In terms of service to the finance field, she has been an advisor to PhD students who are now some of the top scholars in their field and an editor of the Journal of Financial and Quantitative Analysis, one of the top four finance journals. Conrad has served on the board of directors of the Financial Management Association, the Western Finance Association and the American Finance Association. She is past president of the Financial Management Association and former chair of its board of trustees.

A longtime colleague, Brown also served as the finance area chair. “Jennifer is typically reserved in her communication style, but when she says something, it should be taken seriously, because it was carefully considered and she is almost always right,” he says. “She is definitely a straightshooter but always extremely diplomatic in her approach. You will always understand what she is thinking and, just as importantly, why.”

“Jennifer is the quintessential dean,” says Jana Raedy, senior associate dean of business and operations and associate professor of accounting. “In the weeks that she’s held the position of interim dean, she has demonstrated composure, dedication and excellent decision-making.

“She is smart, exceedingly calm and highly experienced. Her long tenure in the School along with her leadership experience give her an invaluable understanding of the School and the ability to make smart decisions for the School, while never losing sight of the fact that our community is made up of students, staff and faculty – all with important needs and desires of their own.”

While Conrad has spent her career at UNC Kenan-Flagler, it has become a bigger, more complex school.

“There’s so much exciting work to continue, including the extensive portfolio of work and activities in which we are engaged,” sa 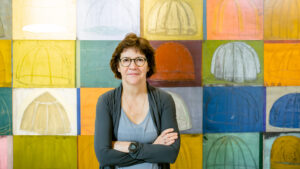 Transitions can bring potential opportunities and Conrad looks forward to discussing “ideas about new things we can do and things we can do better,” she says. “One of my goals is to offer the incoming dean the best menu of thoughtful innovations that we can. The work we do now could enable them to hit the ground running.”

Conrad credits Shackelford for his long years of outstanding service and extraordinary contributions to the School, putting it on a course for continued success in a rapidly changing landscape of business education.

“I want to thank the many people who have offered support and help – I’ll need it. The good news is that we have an outstanding leadership team and deeply dedicated staff in place and they all deserve our thanks,” says Conrad. “Our mission – to develop business leaders who make the world a better place – should inspire us, and our core values should lead us in the months and years ahead.”