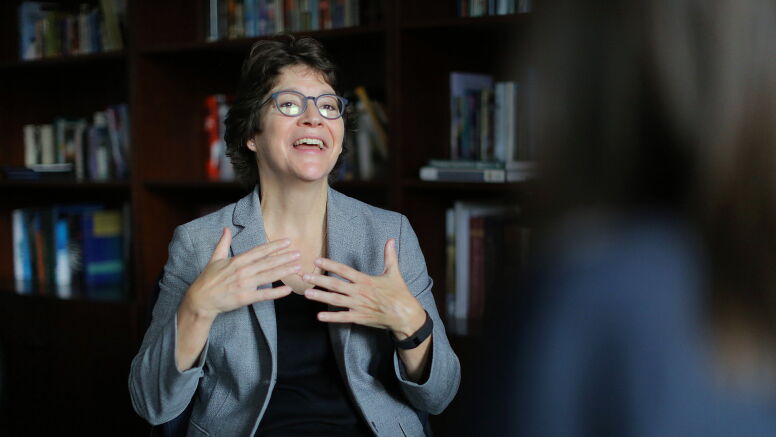 The interim appointment follows the retirement of Doug Shackelford (BSBA ’80), who served as dean from 2014 until his retirement on Sept. 19, 2022.

Conrad served as senior associate dean for academic affairs from 2011 until 2016, overseeing the work of the faculty and academic programs. She was serving in that role when the School launched MBA@UNC and the online format of the Master of Accounting Program. She even managed to make time to develop one of the first courses for MBA@UNC when it launched in 2011. She received the Roy W. Holsten Exceptional Service Award in 2016 in recognition of her service in that role. It is highest honor for service and exceptional leadership awarded to faculty and staff at UNC Kenan-Flagler.

She is widely recognized for her research on investments and finance, with a focus on asset pricing, capital markets, institutional investing and portfolio management.

“This is a busy and exciting time at UNC Kenan-Flagler, especially as we hold a groundbreaking ceremony for a new building next week and conclude a successful fundraising campaign later this year,” Guskiewicz and Clemens wrote. “We are grateful to Jennifer for her leadership during this interim period while we launch a search to identify a permanent dean. Please join us in congratulating her on this important appointment.”