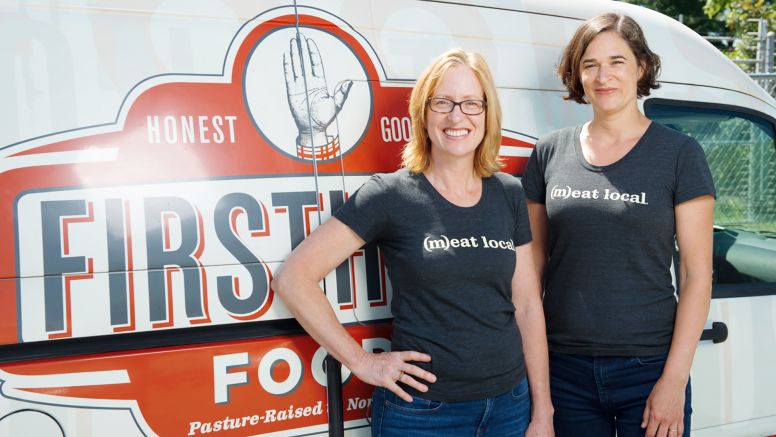 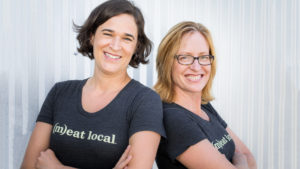 She co-founded Firsthand Foods, a food hub that sells meats from North Carolina farms, with Jennifer Curtis (MS ’98) in 2010. It has grown to a $2 million wholesale business that supplies chefs, grocery stores and institutions around the Triangle. Part of what makes Firsthand Foods stand out is that they source pork, beef and lamb from farmers who humanely raise their animals on pastures and connect them to local markets.

The seeds of the business were sown at UNC Kenan-Flagler. The Center for Sustainable Enterprise (CSE) brought together Prevatte Levy, then an MBA student, with Curtis, a project consultant for NC Choices, in 2008 for a summer consulting project. Their assignment: Determine how NC Choices could increase consumer access to healthy food choices raised or grown locally and sustainably, provide new market opportunities for independent farmers, and support the growth of local food economies.

The project became the foundation of Firsthand Foods.

Prevatte Levy was drawn to UNC Kenan-Flagler because of a shared value: doing the right thing makes good business sense.

She’d studied environmental engineering at UC Berkeley and worked at the U.S. EPA to enforce the Clean Air Act. “I encountered many business leaders who fought hard to not do the right thing environmentally, and I wanted to be able to speak their language and challenge their thinking,” she says.

To master the tools and knowledge she needed to turn her vision into a reality, she applied to the full-time MBA Program at UNC Kenan-Flagler.

“I was accepted at UNC and Duke for the MBA, but I quickly realized UNC Kenan-Flagler was a better fit,” she says.

She also was drawn by the ability to address both sustainability and the growth of rural communities through UNC Kenan-Flagler’s dual-degree program with the UNC Department of City and Regional Planning. After she earned both her MBA and MCRP, Curtis convinced Prevatte Levy to put off her job search and raise funds for their startup.

It went against Prevatte Levy’s instincts. “Entrepreneurship didn’t make any sense as a logical option for me given my status as a recent graduate with student loans to pay and my desire to start a family right away,” she says.

In fact, the pair calls themselves “accidental entrepreneurs.”

“I think of our business as a grand experiment,” says Prevatte Levy, “and the entrepreneurship and sustainability programs at UNC Kenan-Flagler gave me a framework.”

As a student, she developed the technical acumen and learned the tools she needed to execute on a workable plan. “At UNC Kenan-Flagler we also found the support we needed to develop an ambitious vision.”

They benefited from the CSE’s early-stage mentorship and coaching. In entrepreneurship classes, they received rigorous coaching and crafted early drafts of their business plan. “Every hole that could be poked in our business plan was poked,” she says. At the end of the course, their team won most likely to launch.

Prevatte Levy made the most of experiences outside of class, too. She was a CSE consultant, a Net Impact member and participated in the Invest for Impact Competition.

She interned with SJF Ventures, one of the oldest impact-investing funds in the U.S. It was co-founded by Dave Kirkpatrick (MBA ’91), who received the CSE’s Distinguished Alumni in Sustainability Award in 2018. She helped the executive director to plan and manage technical assistance programs, services and events, and contributed to the due diligence process for early-stage sustainable ventures.

Prevatte Levy and Curtis launched their business as a food truck. Over that first year, they built the brand and started buying from farmers in whom they believed, testing the supply chain and developing the business. 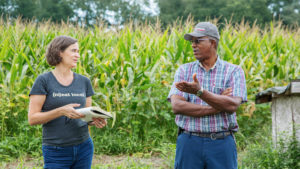 One of the biggest hurdles they overcame was building trust with farm suppliers and processing partners. As two women, without agricultural backgrounds, entering a male-dominated industry took persistence and patience. And from the start, they were determined to run their meat business differently.

“Jennifer and I didn’t start this business because we are die-hard meat lovers – we were vegetarians for many years,” Prevatte Levy says. “We started it because we care about small-farmers and believe in their ability to be environmental stewards. We care about rural communities in North Carolina and want them to thrive. We are passionate about building a more resilient food community in our region that values people, animals and the environment.”

In the past, few beef cattle were finished and sold in North Carolina, chefs and grocery stores had a hard time getting a consistent supply of local pasture-raised pork, and most lamb came from overseas. Firsthand Foods changed that and, with the help of distribution partners, has brought more than 300,000 pounds of ethically raised meats to market.

Now they support the livelihood of 45 small-scale farmers and have directed over $5.2 million in revenues their way. In 2019, the company directed more than $1.5 million into the local food economy, with nearly 80 percent of revenues supporting small farmers and rural meat processors in its network.

Their triple-bottom-line approach to the industry has helped preserve 9,000 acres of pasture and cropland for local food production, much of which is being grazed using regenerative practices that help sequester carbon and build soil health, and provided 8,000 animals with dignified lives in their natural habitat.

In the end, they have created a new market for N.C. farmers and the Triangle food system. They are helping sustain small, family farms; directing food dollars to rural communities; creating jobs; and preserving farmland and regenerating soil quality.

The founders say their smartest move has been to stay focused on what they do best: aggregation, sales and marketing, and partner heavily for the rest. The wholesale business is mission driven and runs on low margins, keeping meat affordable and maintaining a lean team. On their horizon are more direct-to-consumer opportunities, without competing with their retail markets, and more partners to broaden their geographic footprint.

It takes a village

And so nine years after its launch, Firsthand Foods won the Leadership in Corporate Sustainability Award from the Center for Sustainable Enterprise, where it all began.

The founders share credit for their success with their families and their Firsthand Foods team.

“Our supportive husbands have stood by us at every fork in the road,” said Prevatte Levy. “They take care of things at home. They listen to us. They ask hard questions. And our children, who have had to share their moms with Firsthand Foods, have never wavered in their enthusiasm and pride in the good work we are doing”.

She said they never anticipated that one of the most rewarding aspects of being entrepreneurs would be the ability to become better leaders and cultivate an effective team.

“In the end, regardless of the dollar value, doing this together has helped us become better human beings,” says Prevatte Levy. “And for that, we are hugely grateful.” 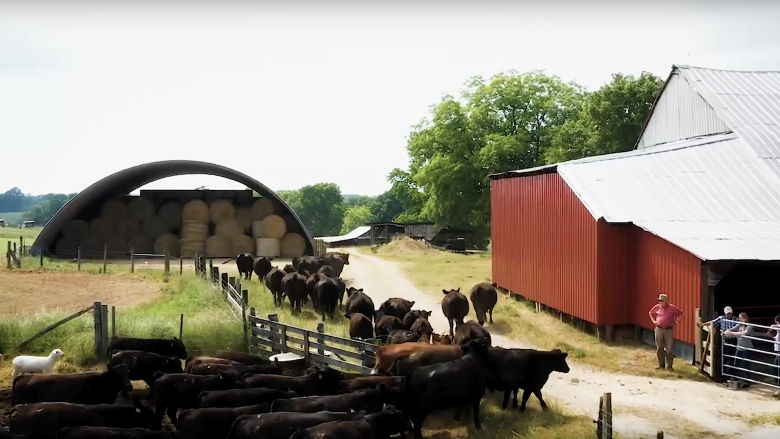