Black Friday: Behind the scenes 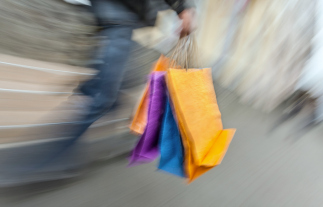 On Black Friday, there’s a lot more going on than great sales. Here’s what happens behind the scenes as retailers prepare for one of the busiest shopping days of the year.

Making sure the shelves are stocked

While shoppers are busy looking for deals, Zara has been busy making sure the latest fashion reaches its Black Friday shoppers in the right amounts at the right time. Operations professor Adam Mersereau developed a decision-support system to distribute merchandise to stores and tested it with the retailer.

He also has researched inaccuracies in inventory records – the discrepancy between a store’s computerized inventory and what’s actually in stock. It turns out that store managers across the retail industry often don’t know what they have on their shelves, which can cost retailers money in lost sales.

“Making sure the shelves are stocked is not just about getting items to the stores,” Mersereau says. “It also requires careful management of operations within the store. For many retailers, operational excellence extends to managing their stock – from their inventory to what’s on their shelves and in their dressing rooms.”

Having enough staff to help shoppers in dressing rooms is critical for store performance, says Saravanan Kesavan. Clothes piling up in dressing rooms are a real problem for retailers who increasingly rely on their customers to independently perform many tasks. 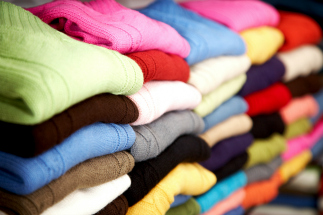 Managing congestion in fitting rooms can help the bottom line, according to a study by Kesavan, Vinayak Deshpande and Hyun Seok Lee (PhD ’17). And a little more help from a sales associate goes a long way: They show adding one person to work in the fitting room during peak hours increases sales by almost 16% per hour and transactions by 12.5% per hour.

Scheduling workers is an art and a science

Retailers struggle with scheduling workers. This is especially difficult during holiday season when retailers hire a large number of temporary workers to meet peak demand.

What makes scheduling so hard? Kesavan and Brad Staats uncover some reasons:

An optimal mix of temporary and part-time workers can increase the profitability of the average store by nearly a third, according to research by Kesavan, Staats and Wendell Gilland. But hiring too many temporary workers has hidden costs. They tend to be less skilled and less experienced than full-time employees – so less productive. Stores with more than four or five temporary employees for every 10 full-time employees lose sales and have lower profitability. 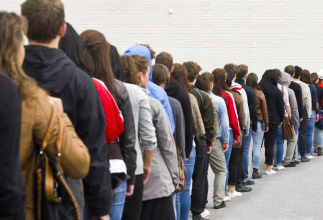 Even when all workers are well trained and integrated into the stores, scheduling workers to precisely meet the customer footfall is difficult. In a study of 41 stores of a women’s apparel retailer, all stores were significantly understaffed during the peak periods of the day and significantly overstaffed during the rest of the hours. The retailer lost about 9% of sales and 7% profits as a result, according to research by Kesavan, Jayashankar Swaminathan and Vidya Mani of Penn State.

Creating value for the company and the workers

So, what’s a retailer to do? The best kind of scheduling systems creates value for both managers and for workers, according to the researchers, involves an ongoing relationship between management, employees and software. Belk uses systems that balance the efficiency provided by a software system with the wisdom and experience of store managers. When the department store began using human overrides (50% of the time) in addition to traditional automated scheduling, it saw a 2% increase in gross profits in just a few months.

Stable scheduling is an important way to create value for the business and the workers, according to Kesavan’s real-world experiment with the Gap. Median sales in the stores with stable scheduling practices increased by 7% compared to their peers – producing an estimated $2.9 million increased sales for Gap during the study period. When workers had more predictability and say about when they work, labor productivity rose by 5%. And in a related study, Kesavan shows that improving schedule stability means better sleep for sales associates.

Santa isn’t the only one watching

As you shop at brick-and-mortar stores on Black Friday, retailers are tracking your movements to understand your behavior and improve store operations.

“Retailers use technology and analytics to gain visibility into in-store interactions, such as RFID tags attached to inventory, video monitoring of customer movements, and mobile devices carried by associates,” says Mersereau. “This is about getting customers the products they want and the help they need, and also about competing with e-commerce sites that have long tracked customer clicks.”

Not only are these retailers tracking the number of customers entering the stores, companies track their movements within the store to identify the aisles where customers spent the most time, their pathways within stores that led to purchases, and the proportion who used fitting rooms before making purchases.

With the holidays comes a lot of excitement – and some might call it frenzy when it comes to shopping. 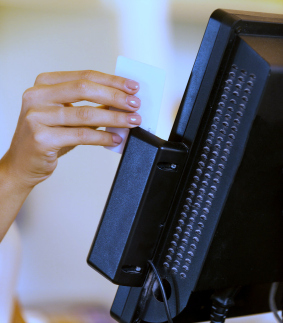 That means they start feeling impatient, feel the need to make immediate purchases and might overvalue certain goods and purchase them even though they don’t need them, she says.

And these feelings are all in their heads. Excitement activates the primitive reward center in the brain. the nucleus accumbens, which:

“While more consumption is better for the economy in the short-run, the fact that some households do not save at all – and get into debt in part because of spending too much around the holiday season – could actually have negative long-run implications for those households,” says Kuhnen.

Understanding what it means to the brand

Is the shopping evolution of an extended “Black Friday” for premium brands? The answer is that they might win the battle, but lose the price war.

Typically, a company runs a price promotion for a brand one at a time – allowing it to “shine” – but during Black Friday sales, companies offer price reductions on many brands. But what happens when in the long term – when prices return to normal?

Supermarket price wars – when retailers battle each another by permanently reducing brand prices, affecting several brands at the same time – provide insights. Marketing professor Katrijn Gielens tracked brand sales and shares before, during and after a long-lasting supermarket price war in the Dutch grocery market. For most brands, price wars did not generate revenue, sales or share unless the retailer permanently reduced prices.

A national brand can realize substantial sales and share gains only when rivals’ prices are restored – and it maintains its own reduced retail price. And restoring prices without new price promotion support can severely damage a brand’s performance.

Waiting for a better price can benefit the business, too

During the holiday season customers often exhibit the strategic behavior of waiting for a better deal at a later point in the season in anticipation that retailer will drop prices further, says Swaminathan, who examined if doing so affects the supply chain with Yen-Ting Lin (PhD ’17) and Ali Parlakturk.

“While retailers might perceive this behavior as detrimental, we show that in some cases such strategic behavior could turn out to be advantageous to the retailer and the manufacturer supplying the product,” says Swaminathan.