Stable scheduling in retail is good for business and workers 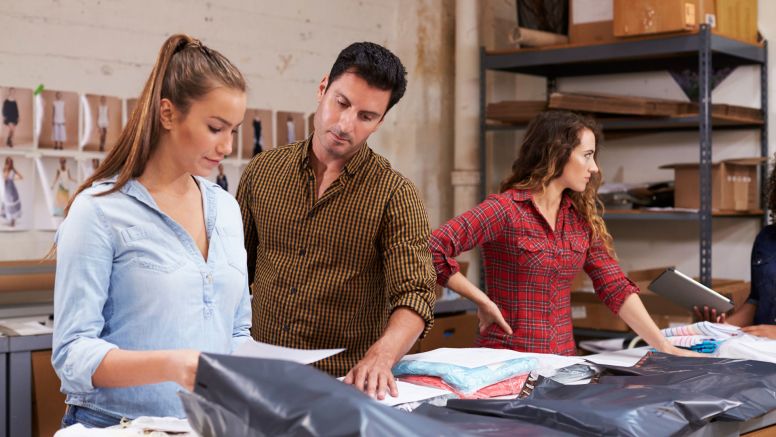 The plight of retail workers subject to unpredictable scheduling has caught the attention of both the media and lawmakers around the U.S.

In some cases, workers have just a few days’ notice about which hours and how many hours they’ll be expected to work, making it difficult to make personal plans or schedule child care.

In other cases, employees end up “clopening” – closing a store late at night on one shift and then opening it on an early morning shift the next day. Often the result is they’re forced to get by with just a few hours of sleep and might go nearly 24 hours without seeing family members, especially their children.

Companies have implemented these unstable scheduling approaches in an effort to match demand at their retail facilities with the supply of employees actually working. The idea is for employers to increase their flexibility to respond to always-changing conditions, says Saravanan Kesavan, an associate operations professor and specialist in supply chain management for retailers.

But these practices are hard on employees and their families. Some workers face problems securing childcare for a last-minute shift change or finding a bus schedule that will get them to work on time. The result is perennial work-life imbalance that leads to stress and health issues.

In addition to garnering negative news coverage, the practice has drawn the attention of state and local lawmakers who are, in some cases, imposing restrictions on employers’ ability to use unstable scheduling.

For companies, a bigger question looms. Does unstable scheduling make companies more efficient and profitable – or is there an alternative that wouldn’t be as hard on workers but would produce similar financial results?

And is the underlying variation in scheduling really driven by the market or is there something else at work?

In a unique, multidisciplinary study on “stable scheduling” – where workers have more predictability and say about when they work – Kesavan and two other principle investigators – Joan C. Williams of the University of California Hastings College of the Law and Susan Lambert of the University of Chicago, School of Social Service Administration – collaborated with the Gap, Inc.

The three-year study is the first real-world experiment that aims to measure the impact of stable scheduling practices versus widely used unstable scheduling. It involved 28 Gap stores over 10 months.

The researchers, with the Gap’s cooperation, introduced a variety of new practices to some stores, and then compared the results at those stores to a comparable group that didn’t get the intervention.

In addition, researchers also tracked how employees felt about working at the stores. And they gained new insights about the factors that influence variable demand for labor.

The eye-opening results suggest that many companies have taken unstable scheduling too far and that some of the problems the practice is meant to alleviate are self-inflicted.

Before the 28-store study began, Gap rolled out two stable scheduling practices to all of its U.S. stores:

Additional procedures to improve stable scheduling were implemented in 19 of the 28 study stores from November 2015 to August 2016. They included:

Kesavan and his colleagues aimed to increase four elements of schedule stability: consistency, predictability, adequacy (giving employees the number of hours they wanted) and worker input into scheduling.

Accepted operations theory might lead you to believe that restricting managers’ flexibility in scheduling would lead to lower sales and profits, even if it did increase employee satisfaction.

But that’s not what the researchers discovered. Among other findings, median sales in the stores with stable scheduling practices increased by 7 percent compared to their peers – producing an estimated $2.9 million increased sales for Gap during the study period.

Labor productivity also rose by 5 percent in the stores with the intervention.

Both employees and managers in the stable scheduling stores were enthusiastic about the changes. They didn’t produce improvements in all measures of schedule stability, however. Adequacy of work hours did not increase for most associates, although it did for the group that got the “soft guarantee” of 20 hours or more per week.

The study also uncovered other surprises. Most notably, it found that most of the fluctuation in labor demand weren’t the result of customer demand, but were instead mostly caused by corporate decisions. Inaccuracies in in-bound shipments to stores, last-minute changes in promotions, and visits by corporate leaders were, instead, major sources of variations in worker schedules.

What the study means

The study has substantial implications for retailers that have sought to increase labor flexibility without regard to the consequences.

“Flexibility is often spoken about in operations management as an unalloyed good,” he notes. “But, beyond a certain point, flexibility hurts the retailers because their sales and profitability drops.”

Secondly, the study points to corporate actions, which companies can change, rather than customer demand as the major variable in retail labor demand.

Finally, it suggests that the narrative of “employer vs. employee” often present in news coverage and legislative debates about labor scheduling might be wrongheaded. Instead, it might be in both employees’ and employers’ best interest to make scheduling more consistent.