In the world of fast-fashion, the months-long process of designing an item, manufacturing it and getting it into stores is compressed into a matter of weeks. 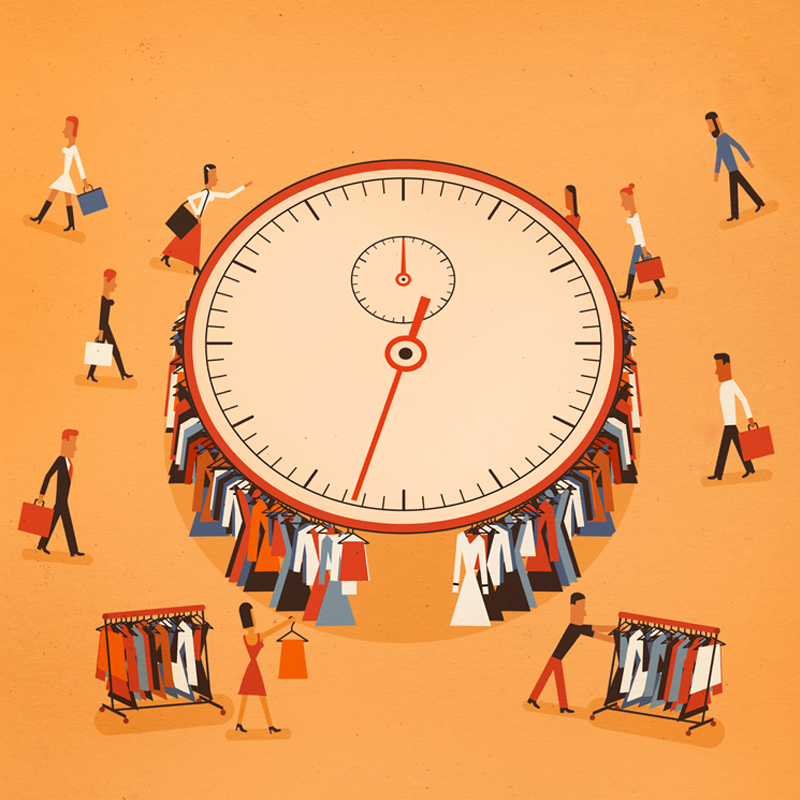 How to distribute enough – but not too much – merchandise to stores was examined by operations professor Adam Mersereau and a team of colleagues. They developed a decision-support system and partnered with fast-fashion retailer Zara to test it.

Zara is the flagship brand of fast-fashion pioneer Inditex. The Spanish firm is the “world’s largest fashion retailer,” according to The New York Times, and “moves merchandise incredibly quickly, even by fast-fashion standards.”

Mersereau’s team tested their methods in real time on real shipments and discovered that their solution not only boosted sales revenue but also reduced the amount of unsold merchandise, creating a significant positive impact on Zara’s bottom line.

“The classic challenge of retail operations is having the right product in the right place at the right time,” said Mersereau.

His team developed a forecast updating approach, then an optimization method, and then tested how well it worked on nearly three dozen items introduced by Zara.

“Here we are in a supply-chain setting and we’re able to do a controlled experiment,” Mersereau said. “It’s rare for academics to have the chance to do that level of manipulation and measurement in the field. And it’s rare for businesses to do such rigorous evaluations of their processes.”

This represented considerable effort on Zara’s side and an unusually close collaboration between academia and industry. Mersereau wrote about their work in “Initial Shipment Decisions for New Products at Zara” with co-authors Jérémie Gallien of London Business School; Andres Garro, a former MIT master’s student; and Zara associates Alberte Dapena Mora and Martin Nóvoa Vidal.

In fast fashion, retailers introduce new products and quickly change their merchandise assortment to respond to market demand and create excitement that draws customers into retail stores. The life cycle of a product starts with its design and production. Then it is introduced in stores, replenished as it sells’ and finally enters its end-of-life phase of markdowns and clearance sales.

On the eve of introducing a new product, retail businesses must decide how much to send to each store – and how much to keep in a warehouse, which offers the flexibility of shipping more product quickly to stores that sell well.

Mersereau, who specializes in optimizing dynamic problems that change over time, devised a new optimization formulation for Zara’s situation. He characterized what was known about each store in Zara’s network, “what we knew about demand and what we expected to know about demand, taking into account the learning process,” and expressed it mathematically.

But because the brand new articles had no sales history, Zara’s fashion buyers had to select comparable items from which to forecast demand for the new products. Once that human judgment call was made, Mersereau’s team looked at the historical performance of the comparables, correlated that with demand and built an analytical forecasting model.

They began their study in 2010, and ran a number of simulations to prove their approach worked before they tested it on real products. Mersereau, in his conservative Oxford shirt and khaki slacks, stood out among the leather jackets and stylish hairstyles at Zara’s headquarters.

Mersereau’s team included two members of Zara’s strong IT department, who understood both the fashion business and the mathematical formulas of the academics.

Mersereau gives Zara tremendous credit for having the patience and confidence to work with researchers. “A lot of businesses want to get results this quarter or fiscal year,” he said. “Zara had a longer-term vision.”

The patience paid off. At the end of the pilot project, Mersereau showed a 2.2 percent increase in sales and a 4.3 percent decrease in clearance items. While increasing sales is fairly straightforward — put more inventory into stores — that philosophy also tends to increase the amount of unsold items. By increasing sales while also reducing the number of unsold units, Mersereau and his team found a better solution to Zara’s shipment puzzle. The potential impact on Zara’s profit is big.

“Zara is a huge company, with 10 billion euros in sales in 2012,” he said. “Any percentage times 10 billion is significant.”