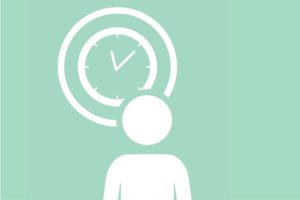 As the holidays approach and the air begins to cool, students and professors alike flock to the warmth offered inside a coffee shop. For the majority of Americans, that haven is probably Starbucks, the largest commercial coffee chain worldwide. Seasonal favorites attract some of the largest crowds all year creating, at times, unpredictable customer forecasts.

What the pumpkin spice patrons who visit Starbucks to relax during their downtime might not be aware of is that until recently, these coffees were made by baristas working under very stressful conditions. Some Starbucks baristas, for example, could be sleep deprived because they were scheduled to close the store the previous night and open the following morning within a five-hour period. Many others could be under duress as they struggle to find work-life balance when their employer gives them less than a week’s notice on the hours they need to be on duty in the stores. Though Starbucks had promised to address these issues, this bitter side of its sweet products led to an investigation in balancing employee and employer scheduling behaviors.

Starbucks is one of many companies using automated scheduling software, which takes in to account things like customer patterns and weather. This economic approach helps eliminate labor – both the highest revenue and cost driver for retailers.

To produce a more optimal labor schedule, Starbucks uses 15-minute increments in its scheduling software. However, even the most advanced systems tend to be wrong at least as often as they are right when the time intervals are so short.

These barriers led to just-in-time scheduling, which can aid in reducing costs. Unfortunately, it also can take a serious toll on employee wellness. Workers who had one week or less of advanced notice experienced lower levels of job satisfaction, difficulty finding childcare and couldn’t take advantage of long-term academic opportunities.

Hiring more part-time workers can allow more flexibility in scheduling, but only improves profits on a limited basis. Our research shows that store profits increased when there were four to five temporary workers for every 10 full-time workers. Beyond that point, these workers decreased profits as lower motivation and greater coordination outweighed the benefits of meeting unpredictable demand.

We concluded that scheduling should be an ongoing relationship between management, employees and software. For example, when Belk began using human overrides (about 50 percent of the time) in addition to traditional automated scheduling, it saw a two percent increase in gross profits in just a few months.

If a store has a scheduling system that is accessible to and modifiable by a team of corporate managers, store managers and workers, it can balance human needs, customer needs and company needs in a fair, transparent and more informed way. These implementations can make ordinary workers – even part-time workers – better at managing themselves.

This post is based on the article “How to manage scheduling software fairly” by UNC Kenan-Flagler operations professors Saravanan Kesavan and Brad Stats with Ethan Bernstein in Harvard Business Review. Read the full article here.