Skip to content Skip to Programs Navigation
Operating for the planet

Operating for the planet 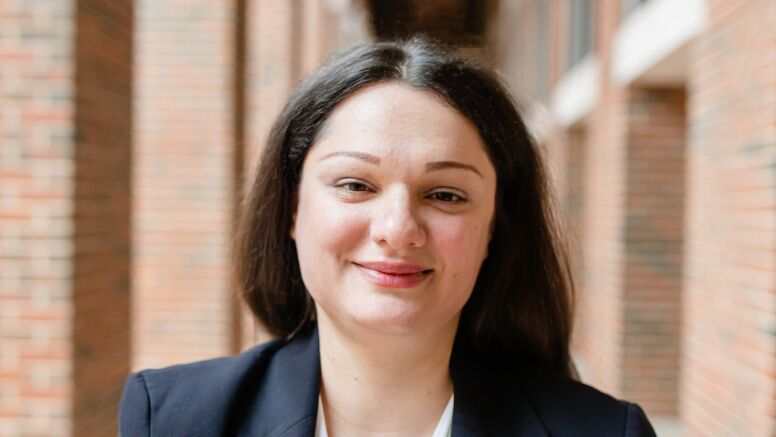 “Mom, are the dinosaurs at Target out of stock?” asks 4-year-old Luke.

His precocious question demonstrates he is the son of Nur Sunar, associate professor of operations at UNC Kenan-Flagler Business School, and her husband, an operations professor at another institution. Clearly this is the family business and Luke is starting young.

Operations is Sunar’s passion and it is on display regularly at the Business School. She joined UNC Kenan-Flagler in 2013 after moving from her home country of Turkey and earning a PhD from the Stanford Graduate School of Business. Sunar was torn at first. She had to decide whether to pursue being a professor and researcher or entering the private sector, and both paths appealed to her.

Ultimately, she decided to teach and study, in part because she was drawn to UNC Kenan-Flagler. The opportunity to work with world-class researchers in a supportive environment and reach the future generation of business leaders clinched it. In the end, she says, “It wasn’t a hard decision.”

“Our students are exceptional. They come from very diverse backgrounds,” she says. “They have amazing personalities, and they’re brilliant.”

A beloved professor, Sunar gets rave reviews from students and has a score of five out of five on the notoriously critical Rate My Professor. She has been nominated multiple times for a Weatherspoon Award for excellence in teaching.

“Fingers crossed,” she says at the prospect of possibly winning one day. 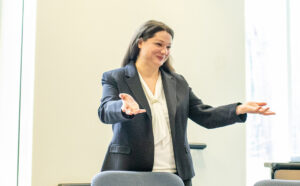 Sunar teaches the core operations course for the Full-Time MBA Program and has taught the core course in the Undergraduate Business Program, too. While she focuses on students’ academic success, she also tends to their well-being.

“They need to be comfortable,” she says. “They need to feel that they’re in a welcoming environment and they are equal in terms of opportunities and abilities, so they share their perspectives. It is one of my biggest priorities in teaching.”

She checks in regularly with students to find out how they’re handling the pressures of the MBA curriculum and competitive recruiting.

Sunar customizes her courses based on the needs and expectations of students. She calls student feedback “precious information to be included in the class design.” Many of her students take advantage of the fact that she incorporates the latest operations headlines and trends into the curriculum. They return to tell Sunar how they brought up class discussions in their job interviews.

Sunar focuses on the operations area in her practical research. She is passionate about innovative and inclusive business models that include disruptive technologies, such as online marketplaces, ride-sharing companies, sustainability and energy.

Ultimately, Sunar’s work is aimed at demonstrating the importance of saving the planet and doing good while still being profitable. One paper examined rooftop solar panels. People install the rooftop panels to generate their own electricity. If they generate too little, they have to pay their utility company for the additional consumption. But if they generate more energy than they need, they can end up saving money.

However, Sunar and her fellow researchers found that when wholesale market dynamics are taken into account, introducing rooftop solar panels could actually increase the expected profit of utility companies. They ignore the supply side and, as a result, miss opportunities and could damage their business to some extent, says Sunar. In collecting data from California, Sunar and her colleagues found some utility companies could benefit from solar panels in the order of millions of dollars.

“So, what we’re saying is that residential customers adopting rooftop solar panels is not only beneficial to the environment, but it also could be beneficial to companies because they can actually earn millions of dollars,” she says. “You have to be careful in establishing your innovative business model, so that you can influence the adoption patterns of the rooftop solar panels. And it’s a win-win for the environment and the companies.”

Of course, work keeps her busy. But when Sunar and her son and husband are not taking stock of the dinosaurs at Target, they like to hike, swim and enjoy the outdoors. Once a basketball player, Sunar now prefers watching the game. And UNC is kind of the perfect place to be a spectator of basketball. But it’s more than the fun and games for Sunar.

“I think UNC Kenan-Flagler Business School has provided an exceptional career path for me,” she says. “I feel very fortunate to be here. It’s a great honor and privilege to work for UNC.”