Harnessing business as a mechanism for good 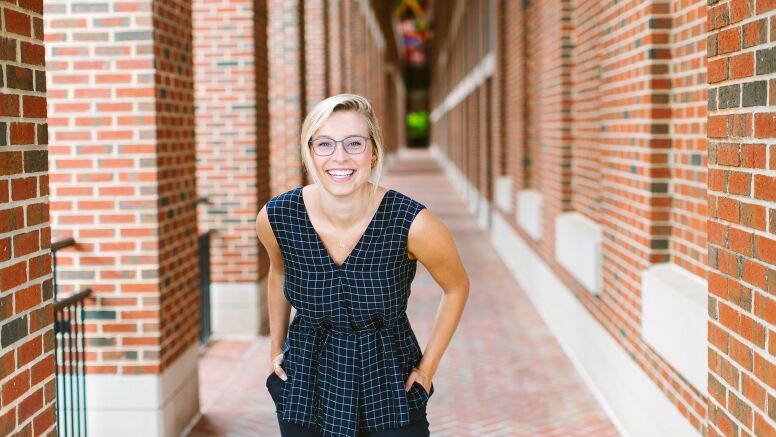 As a high school senior, Mary Laci Motley (BSBA ’21) was a fierce, determined soccer player. She was headed to University of Kentucky to pursue her passion on the pitch. Driven by the competitive nature of the sport, Motley never could have predicted what would happen next.

A career-ending injury put a halt to all her plans. Kentucky was no longer an option, and she stopped playing sports competitively.

When sharing her story, Motley can’t quite believe she graduated from UNC Kenan-Flagler’s Undergraduate Business Program in May 2021. After all, this Asheville, North Carolina, native was never supposed to be here. It wasn’t part of the plan.

“My broken foot turned out to be a blessing in disguise,” says Motley. “It led me to UNC. I was lucky to have the opportunity.”

While she had to change her enrollment from Kentucky to UNC, she also began her first job at the fast-food chain Chick-fil-A. She later worked at McDonald’s. Motley credits these jobs as helping her fall in love with the business of people. Acceptance into the Assured Admit program, which guarantees admission to the Business School to a group of talented first years, ensured Motley continued her exposure to business.

From the very beginning of her journey, Motley felt inspired. Shimul Melwani, associate professor of organizational behavior, was a huge influence. Motley’s first-ever Business School assignment was when Melwani had student teams devise a “disposable startup” and then put their business plan to the test.

Motley and her group launched Late Night Bites to fill an unmet need on campus: food delivery later in the evening. The team got food from local food joints and then sold it, with proceeds going to charity. The team began with only $25 in seed money, so they had to get creative.

Motley negotiated 300 free burgers from McDonald’s in exchange for advertising its partnership with UberEats. The result: The local McDonald’s became the largest UberEats operator in the area.

In addition, she came up with the idea of having the team contact every pizza parlor in a 30-mile radius to get food donations to sell. In the end, Motley and her teammates raised $1,200 in three weeks and won the competition.

The bonus: Melwani became a mentor.

“Professor Melwani was the first professor I had in college, and she exposed me to the world of entrepreneurship that would later define my career path,” Motley says. “She is not afraid to go above and beyond to support her students, and works intentionally to create an inclusive and empowering classroom.”

The feeling is mutual. 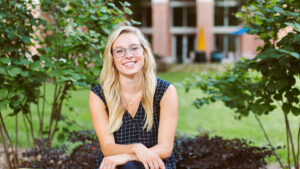 “Mary Laci is a female leader who embodies the best of UNC Kenan-Flagler’s Undergraduate Business Program. She is brilliant, yet humble, innovative, yet purposeful, and fiercely collaborative and kind,” says Melwani. “Her passion for learning and progress and her all-encompassing dedication to her contributions to the world, inspire those she works with. To know her is to want to be led by her.”

In addition to finding a mentor in Melwani, the Late Night Bites experience opened Motley’s eyes to all she could do with a business degree.

“It was a lesson in how business is a mechanism for doing good,” she says.

These ideas about conducting business compassionately remained a theme throughout Motley’s time on campus, and her desire to better the world changed her internship plans.

She had lined up a private equity summer internship in New York. When she was packing up to leave, she learned she’d been accepted to the Robertson Scholars Leadership Program, a full-merit scholarship to study at both Duke and UNC. Professors had encouraged her to apply, but she didn’t expect to be selected. She declined the New York internship and headed to New Orleans to spend the summer building homes for Habitat for Humanity.

“The experience changed my personal view of success,” she says. “I realized success to me wasn’t necessarily about landing the most competitive internship. The vortex of success can take forms in many ways.”

Motley learned she needed to stay true to her values and set her own metrics. She also developed a greater appreciation for nonprofits after she witnessed firsthand how Habitat for Humanity made a difference to the local economy and community.

One thing was certain. Motley was going to pursue a career that makes an impact and helps people. This desire for meaningful work and her entrepreneurial spirit were the catalyst for Motley starting her business while in college.

In her Entrepreneurship and Business Planning with Professor Jim Kitchen, she tried to aid Pee Wee Homes, an affordable housing charity in Orange County. Her efforts to fundraise began in concessions at the Kenan Memorial Stadium, but she struggled to source enough volunteers and could not handle inventory.

Motley was inspired to found EATS2SEATS, LLC to help nonprofits like Pee Wee Homes better manage the business side of the fundraising endeavor. It quickly became a larger business opportunity, and EATS2SEATS now connects stadium operators with charities looking for fundraising opportunities.

“Nonprofits couldn’t meet burdensome concession contract requirements,” she says. “Stadiums, as a result, lost thousands in operational efficiency, and nonprofits lost significant fundraising. We address both problems by contracting with stadiums and handling all the nitty gritty, from inventory to scheduling, to ensure nonprofits can access a simple and reliable fundraising opportunity.” 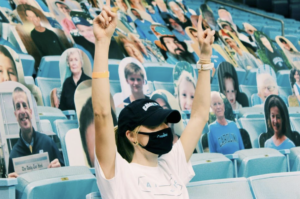 EATS2SEATS scaled to seven venues in 2019, and has worked with dozens of nonprofits. In the first season, the company generated $20,000 for local charities. It remained operational during the COVID-19 crisis and landed UNC and NC State University contracts for the 2021-22 season. EATS2SEATS will be the official alcohol vendor and concession stand operator for both accounts.

The ties that bind

Motley’s leadership and business acumen have earned many honors.

UNC selected and sponsored EATS2SEATS to compete in the ACC InVenture Prize Pitch against 15 ACC ventures and won the competition in April 2021. Poets & Quants named her one of the 2021 Best & Brightest Business Majors.

She received the Hampton Shuping Award for Excellence in Business – nominated by classmates and faculty nominated her – as “the graduating senior at UNC-Chapel Hill who is the outstanding undergraduate majoring in business, not only in academic achievement, but in integrity, honor and leadership potential.”

“I’m so humbled and honored,” she says, “and to represent the name Hampton Shuping, who was an incredibly inspiring leader, is just – wow!”

Classmates also honored her with the Excellence in Entrepreneurship Award from the Undergraduate Business Program. Motley, who minored in both entrepreneurship and information systems, made the Dean’s List and was an Honors Carolina Laureate. Her entrepreneurial work received support from the Carolina Challenge Pitch Competition, 1789 Venture Lab and Launch Chapel Hill Startup Accelerator.

Motley made the most of everything Carolina has to offer. She spent a summer studying corporate finance and social innovation at the London School of Economics, and completed research on CSR in McDonald’s U.K. franchises. She participated in the UNC Women’s Soccer Club Team, Carolina Women in Business and Family Business Club.

She also co-founded fIXtheIX, which aims to effect Title IX reform, particularly as it relates to the reporting and investigations of sexual assault.

Motley is a violinist who gives lessons and performs at events, and occasionally plays bluegrass fiddle with the Blind Roosters, a bluegrass band started by UNC Professors. Her family instilled her love of bluegrass.

“My grandfather plays the banjo, and he had a bunch of children to form a band,” says Motley. “We jammed at every family gathering.”

She hikes. She runs. She admires the Blue Ridge Mountains in Asheville. While those are solitary pursuits, she is a people person in her core. Indeed, that is what drew her ever closer to UNC Kenan-Flagler.

“You are going to class with people who have different passions and interests,” she says. “But you’re all tied together in a close-knit community.”

Motley remains part of the local community in Chapel Hill, where as CEO she is scaling EATS2SEATS and recruiting more nonprofits partners and student organizations dedicated to making the community an even better place to call home.