Paving the way for academic leadership 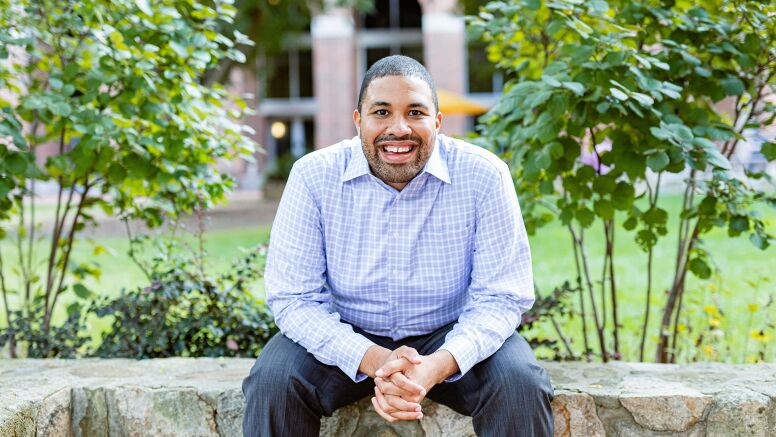 The first are leaders who use a “prevention focus.” Their priority is maintaining the status quo and avoiding losses. They tend to be more likely to improperly overrule others, and people who work with them frequently get trapped in a negative loop, unwilling to voice suggestions to benefit the group.

The second are promotion-focused leaders. They look for possibilities, advancement and the potential for new gains. Their teams are generally more proactive and creative, working in service of a greater goal and often achieving greater results than their prevention-focused counterparts.

Burgess’ research into regulatory focus in leaders has shown that it’s far easier said than done to be a great leader.

Even more remarkable, then, is that Burgess himself not only talks the talk as a UNC PhD student working on a range of leadership-focused projects, but also walks the walk – as a prominent member of the student research community and an Initiative for Minority Excellence Scholar.

Burgess says he has benefited from the community spirit at UNC Kenan-Flagler, which fosters positive leadership qualities in its students and provides abundant opportunities for research advancement and collaboration.

With a BS in civil and environmental engineering from MIT, and an MBA and MS from Carnegie Mellon, Burgess had six years of project management experience under his belt before he joined UNC Kenan-Flagler. 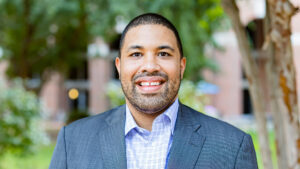 “As a project manager I started realizing that what really got me passionate was understanding how leaders in our organization were working and how to make our teams function better,” he says.

This led him to consider doctoral programs in organizational behaviour, and at a conference run by The PhD Project he ran into his friend Angelica Leigh (PhD ’20), a then a doctoral student at UNC Kenan-Flagler.

Leigh advised him to consider UNC Kenan-Flagler, with great faculty and exciting work happening in the organizational behavior (OB) area.

“I said, ‘You know what? It’s too far, it’s too country, not a big enough city – I’m not even going to look at it!’” Ricky laughs now at how very wrong he was.

Curious about what Leigh said about the UNC faculty, he started looking into the academic leadership at the School. Impressed with what he saw, he decided to apply and once he finished the first interview, he knew he’d caught the UNC bug.

“My first interview was magic,” he says. Speaking with OB professors Jessica Christian, Matthew Pearsall and Michael Christian, Burgess recognized a faculty aligned with both his research interests and his collaborative mindset.

“Both in that conversation and in my visit, I was struck by the family aspect of the UNC organizational behavior program,” he says. “These were people aligned on my interests, very supportive, and it was a place I knew I could thrive. Everybody was working together to make sure that they were supporting each other.” 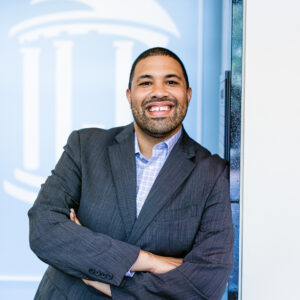 The positive, proactive atmosphere of UNC Kenan-Flagler made an impression on Burgess from day one, particularly among his PhD cohort.

He soon found himself having spontaneous conversations with peers in the hallways, learning about new research topics. They became not merely colleagues, but close friends and collaborators who have provided support and encouragement throughout his program.

“In fact, a project I’m on now which is currently at an advanced stage at one of our leading journals, I found out about while at the bar with one of my classmates,” he says.

The sense of community ubiquitous throughout the Business School, Burgess has found. Students are willing to open with each another about their research and invite classmates onto their projects. Cut-throat competitiveness is notably absent.

Indeed, in addition to his research into regulatory focus and teamwork, Burgess is also part of several more projects. One examines how regulatory focus affects teams’ ethical conduct. Another looks at how leaders have adapted during the Coronavirus pandemic.

He also is working on a project about racial discrimination and bystander intervention, a mission born from a collaboration with Shimul Melwani, an OB professor and associate dean of the Undergraduate Business Program.

Burgess has big plans for these projects and hope they will have a real impact on the future of business.

“The great thing about being in organizational behavior is that our research is largely applied,” Burgess says.

Many of his projects have practical objectives: his research on how leaders have adapted to the pandemic will one day help businesses become more adaptive, and his work with Melwani aims to provide guidelines for bystanders on how to recognize and intervene in situations of injustice.

As well as giving important pointers to business leaders, Burgess aspires to make positive changes to leadership within academia as well, and he sees some of these changes happening already.

As an Initiative for Minority Excellence Scholar himself, he is highly aware of the structural barriers that people of color and other underrepresented groups face when it comes to entering academia.

“I had very little undergraduate research experience,” Burgess says. “I entered my PhD program past the age of 30, which is older than usual, and if you look at the data, oftentimes students from underrepresented backgrounds are similar.”

There are several initiatives that Burgess sees pushing back against this trend. For instance, there is The PhD Project, which led him to UNC Kenan-Flagler.

At UNC specifically, his OB group is working to create more access for underrepresented students, and he is participating in an outreach event to expose minority students to academic opportunities within OB research.

This passion for creating change in his own academic community as well as with his research is one Burgess hopes to maintain as he progresses in academia.

He knows first-hand from his own relationships with his advisors Jessica Christian and Matthew Pearsall the impact that faculty can have on student success, and he is determined to replicate this positive mentorship experience when he becomes a professor himself one day.

His advice to students from underrepresented backgrounds looking to enter academia is to be unafraid of being the change they want to see in the academic landscape.

“I think, for many students, pursuing a PhD, especially in organizational behavior, seems very daunting,” he says. “Oftentimes you don’t know anyone who’s done it, or it seems that only certain types of people are able to get into programs. You might think you have to have amazing grades and amazing test scores, and that everything must be perfect.

“To that I would say: Yes, credentials matter, but they are not the end all, be all. If you’re passionate about the subject matter, passionate about research, passionate about pursuing ideas, you should strongly consider applying to a PhD program as soon as possible in organizational behaviour – and if you want to be surrounded by a supportive community, be sure to consider UNC.”