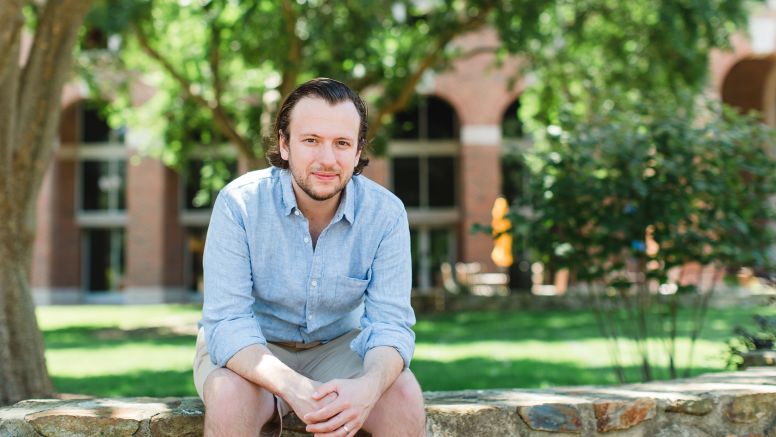 Joe Darcy (MBA ’20) used to coach high school students in hockey in Harlem in New York, putting together the team’s strategies and plays.

Now he is developing a business playbook at UNC: He aspires to spur the growth of startups in the cool world of venture capital.

He draws parallels between business and sport. “The dynamics of a team, growing towards a common goal over a season, align with startups,” says Darcy, who has played hockey since childhood. “You flex the same muscles in startup land as when you’re an athlete.”

Coaching was a way to give back to his local community while he worked in New York’s financial center, most recently managing relationships with high-net-worth clients at a multi-family office. “I liked it, but didn’t love it. I wanted to be involved in the running of a business,” says Darcy, who is originally from New Jersey. 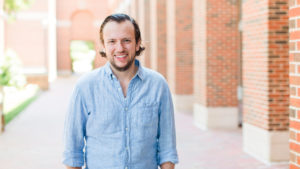 He found his next challenge in earning an MBA at UNC Kenan-Flagler, which he sought the formal business training that was missing from his undergraduate degree at a liberal arts college in Massachusetts. “I wanted to understand the nuts and bolts of financial markets, and how to found businesses. I was hoping to come out of the MBA with a business playbook,” he says.

Darcy also wanted time for deep reflection on his next career move. “Part of going back to school was to try new things. UNC Kenan-Flagler has blown my expectations out of the water in that respect,” he says.

One example is his leadership of the Entrepreneurship and Venture Capital (EVC) Club, one of the most popular on campus with students. Through events, workshops and networking, they are offered a roadmap to the dynamic world of early-stage companies, whether they want to become a founder or funder.

For instance, Darcy led a trek to Silicon Valley, where club members met people in every role in the startup ecosystem. He also helped to bring Jerry Greenfield, the co-founder of Ben & Jerry’s, to Chapel Hill for a guest lecture — and free ice cream.

Darcy contributed to the student experience through various roles in student clubs. He was president of the Hockey Club, executive vice president of the Blockchain Club, and the liaison for corporate development for the Sports and Entertainment Club. He also was a member of the Adam Smith Society, International Business Association and Kenan Connection and served as an MBA Student Ambassador.

“I love creating opportunities for people to try new and unique things,” he says. “In doing so I have made friends for life and stayed current with emerging developments in industry.”

He also was a Kenan Scholar, one of a select group of students who show a genuine interest in making positive contributions to society. The program is a premier research opportunity for MBA students, and Darcy conducted a research project looking into VC trends in North Carolina, such as where capital is flowing from within the state.

“It was a good opportunity to get more exposure to my professional focus area and do formal academic research,” he says. “In another life, I wanted to get a PhD.”

Such experiences are bountiful for MBA students, and they were key to Darcy breaking into venture capital – a sector often without formal recruiting and where networking is crucial.

They are also a testament to the collaborative spirit at UNC Kenan-Flagler that, for Darcy, set the business school apart from the pack. “There is the intangible aspect of teamwork and support, everyone knows each other’s name and has each other’s back,” he says. “There is a ‘give first’ mentality.”

This shined through during his early interactions with UNC Kenan-Flagler. For example, his initial email to the admissions department drew a response from Rob Fisher (MBA ’18), who Darcy had played hockey with in New Jersey.

“We hadn’t spoken in 10-15 years, but he was instrumental in my application, answering any questions I had,” says Darcy. “That selflessness is indicative of everyone at UNC.”

An important part of his learning experience – in addition to his MBA concentration in entrepreneurship – was the Venture Capital Investment Competition. Founded at UNC in 1998, the VCIC is now a global contest for 1,200 MBA students from 60 top business schools around the world. Participants act as VCs, assessing investment opportunities presented by real startups. The students then pitch their investment strategy to a panel of experienced VCs.

Darcy helped put on the competition at schools in Barcelona, Spain and Cranfield, England. “That opportunity to meet a ton of VCs and develop that network and see what the world of startup investment was transformative,” he says.

One of the most beneficial courses he took was on Business Plan Analysis since it replicated the job of a VC. “You come out with a cheat sheet on how to conduct due diligence on a company,” says Darcy.

Meanwhile, the Venture Capital/Angel Intern Program gave him real experience in the industry, working as an intern while earning his MBA. He first worked at the accelerator Techstars and then VC firm IDEA Fund Partners in nearby Durham.

He impressed the fund and was offered a full-time job, which he happily accepted. After the death of George Floyd and nationwide calls to address racial inequality, Darcy was actively involved in IDEA Fund’s response and call to action. “Our mission is to serve the underserved,” says Darcy. “We are working on a strategic plan of action, with tangible, measurable actions, to be more active in addressing inequality.”

His long-term career ambition is to be a VC, Darcy says. “I like working with multiple companies at once, instead of just one. I can have a greater impact that way.”

Unlike in banking or consulting careers, investors are closely involved in the success of companies, often taking a seat on the board and acting as a mentor.

“I love the earliest stage companies because they can grow rapidly,” he adds. “I like the idea of creating something out of nothing, rolling up my sleeves, getting my hands dirty and working towards an exit, perhaps even the next big IPO.”