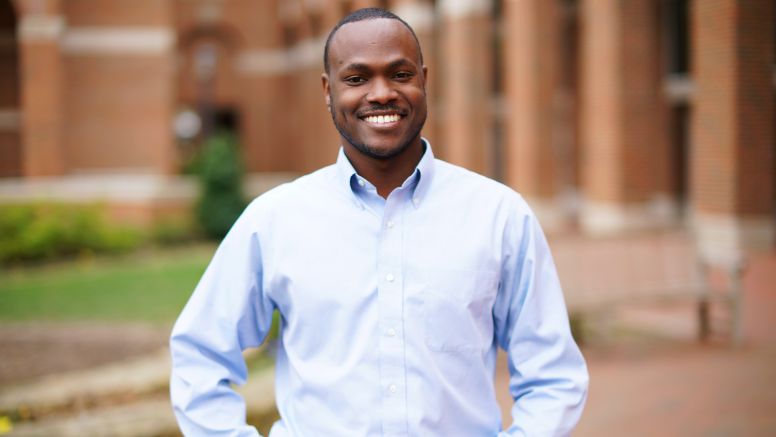 Jermyn Davis (MBA ’20) was known as a bass player. He was attending the Julliard School, a conservatory in New York City, but felt locked into a persona.

“I could not live a fulfilled life just doing music,” he says. “Music was and remains a huge part of my life, but it was and is only one part of my life. Some people knew me as only a bass player, but did not know the other side of me: engaged student.”

The Atlanta native transferred to Wake Forest University, where he studied Chinese and political science. After working in the president’s office, Davis was  asked to serve as the chief of staff to the president of Colorado College. “Both roles were foundational to my career and business school experience,” he says. “I worked for some incredible leaders who gave me a crash course on leading effectively.”

Davis was thriving as a senior consultant in Deloitte’s strategy and operations unit when he started thinking about earning an MBA. Fearing he might not stop work to further his education and recognizing others with an MBA had a certain level of skills and confidence he wanted to develop, Davis started researching business schools.

He looked closely at schools on the east coast, and after attending UNC Kenan-Flagler’s Experience Weekend and connecting with other accepted students he knew he had found his home for the next two years.

When Davis arrived on campus the “engaged-student” persona began to shine. He was a Consortium and Venture Capital Investment Competition fellow and a Kenan Scholar. He was a member of the MBA Student Association’s board of directors, Entrepreneurship and Venture Capital Club and the Alliance of Minority Business Students.

He chaired the student committee for the Dean’s Fellows Program, which engages with senior leaders in the full-time MBA Program and across UNC Kenan-Flagler. Dean’s Fellows collaborate with faculty and staff on projects that address topics of high importance to the dean, and participate in high-impact activities that expand their professional skills and network. 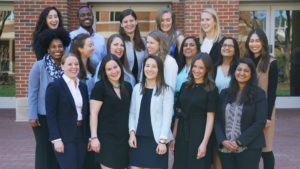 Davis was one of two students from his class who served on the Curriculum Advisory Board to provide feedback and suggestions for academic enhancement. “This group, along with the Dean’s Fellows Program and Carolina Women in Business, has meant the most to me during my time at UNC Kenan-Flagler,” he says. “It is so much fun working with a small group of peers as well as senior leaders to strategically imagine the future of business education at UNC Kenan-Flagler.”

Serving in these roles was a way to “have a lasting impact on the School, far beyond our time here,” says Davis. “I hope our group and every group I have served with is known for being unafraid to address issues that will propel the institution forward.”

He also is dedicated to making education and work more inclusive.

As vice president of allyship for the Carolina Women in Business (CWIB), he and his team educated male peers on what it means to be an ally and develop programming that brings awareness to women’s issues and concerns.

The Allies group was reinvigorated and was a focus area for CWIB President Harmonie Jacobson (MBA ’20). In addition to hosting events, they sent out a newsletter about relevant topics for allies to consider in creating an inclusive environment. For example, they addressed “office housework” – logistical and administrative tasks such as  grabbing lunch or setting up the team’s meeting calendar. Often, these assignments go to women.

“There’s nothing wrong with doing this work, as it is critical, but it should be a shared responsibility,” says Davis. “and not seen as women’s work.’”

He also served on the UNC Kenan-Flagler Pride Club board and the School’s Consortium student executive board.

“Diversity is at the forefront of many businesses and we have to ensure my peers and I are ready to succeed in all facets of business,” he says. “At the same time, diversity and inclusion work is hard. It is hard because I think you are equipping people with tools that make them challenge their communications, feedback and, ultimately their unconscious bias.”

Davis was equally as engaged in the classroom, forgoing a concentration to take full advantage the diverse and rigorous academic program.

“People come to business school for different reasons. I didn’t want to confine myself to a set of courses. I wanted to take advantage of UNC’s full academic offerings both here in Chapel Hill and across the world.” 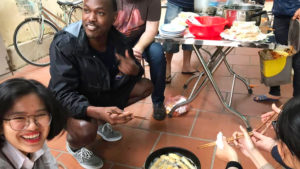 His studies around the world included a Global Immersion Elective focused on innovation and entrepreneurship in Vietnam, Singapore and Thailand, and an exchange program in Buenos Aires and Santiago.

Davis, who was featured in Poets & Quants as he entered UNC Kenan-Flagler, hopes to remain  an engaged alumnus.

His summer internship was at Google, where he returned for a full-time role. His career interests include a hybrid of consulting and education technology.

“I hope to be in a place that really challenges me,” Davis says. “Long-term, I hope to be at the intersection of technology, education and public policy.”