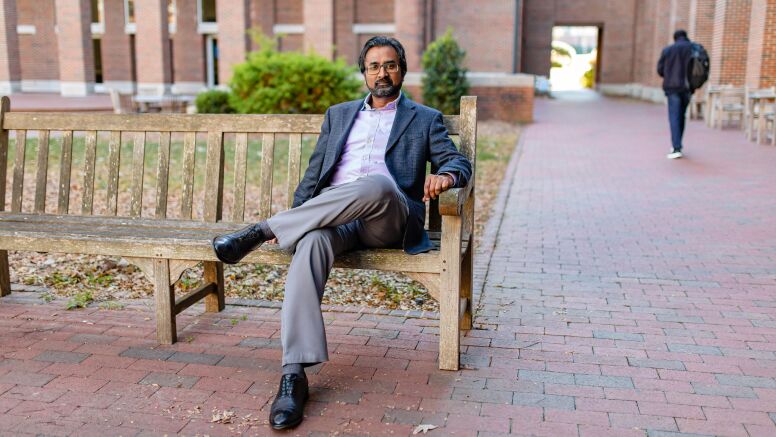 Not only does Sriram Venkataraman’s work address major societal problems, but his research findings also are contributing to changes in policy and practice not just in the U.S., but around the globe.

The marketing professor has gone beyond the traditional academic focus on publications in prestigious academic journals – though he has enjoyed much success on that front – and applied his theories in the real world.

Together with co-authors, he uncovered enormous societal benefits in a large-scale health program in India that provides free health services to half a billion people who are economically vulnerable.

The big-data scientist, Indian of origin, compared the before-and-after difference in health outcomes in states that had implemented the Ayushman Bharat (Healthy India) program versus those that rejected it.

The analysis found significant improvements in several health outcomes – health coverage, infant mortality rates and methods of contraception – in states that implemented the policy versus those that did not.

Venkataraman believes the research, published in India’s 2020-21 Economic Survey, played an important role in bringing about an anecdotal shift in public attitudes towards the program. 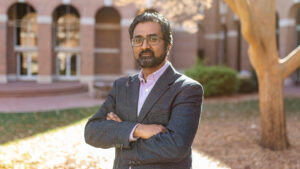 “The research was evidence the government could take to citizens that shows the policy is well intentioned and the ROI is positive and it has direct bearing on individual health,” says Venkataraman.

The study built on the award-winning researcher’s other smart ideas that have generated a real-world impact. Venkataraman is a big-data scientist with expertise in pricing, social-media analytics, advertising, retailing and branding.

He develops quantitative methods to maximize ROI from marketing activities. They have been adopted by Fortune 100 companies across entertainment, pharmaceuticals, automobiles, technology and consumer-packaged-goods industries.

In a 2007 paper in Management Science, Venkataraman explored controversial marketing practices in the pharmaceutical industry. Academic opinion is split on whether pharmaceutical companies’ efforts to persuade doctors to advocate their drugs are effective.

One factor that tips the balance in this debate is the role of drug characteristics. Venkataraman found drug effectiveness and side effects have the greatest influence on physicians’ decisions to prescribe a brand-name pill.

“Once you control for side effects and efficacy, we find very little evidence that physicians might be swayed by marketing,” he says, casting a pall over the billions of dollars spent by big pharma on marketing and support practices.

The academic is unafraid of wading into heated societal debates. In 2016, for instance, he published research that explored payments made by pharma groups to doctors, which critics believe can influence prescribing practices.

Since 2013, all such payments must be disclosed annually, under the so-called Sunshine Act. That severely restricted pharmaceutical salespersons’ direct access to doctors. The unintended consequence was that physicians might become unaware of new drugs that might benefit patients.

“So the Sunshine Act, while well-intended, could ultimately hurt patient health,” Venkataraman says. It was this research that caught the attention of the Indian government and led to his work on the Ayushman Bharat program.

Venkataraman joined UNC Kenan-Flagler in 2011, after serving on the faculty at Emory University’s Goizueta Business School and the University of Chicago Booth School of Business.

He describes himself as a curious man “who gets bored easily.” 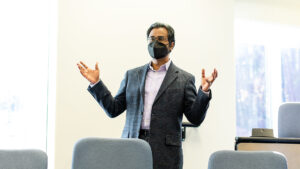 “At UNC Kenan-Flagler we are not dogmatic about a specific research methodology; we welcome all schools of thought. And given my research is substantive in orientation and I’m drawn to diverse opinions, it felt like a perfect home for me.”

Another pull factor was Chapel Hill. “This is an awesome place to be, it’s really bustling and enjoying economic growth,” he says. “So you see a lot of young minds coming in and making significant contributions to society.”

He highlights the area’s strong scientific credentials, too. “Many companies are coming in and setting roots here. Very often they are at the frontier of their industries. We are at the epicenter of artificial intelligence, healthcare, genomics and gaming.”

In the summer of 2021, he took on a new role as assistant dean of the Full-Time MBA Program at a time of ongoing pandemic disruption to operations.

“It was a baptism by fire,” he says. “I’m on high-speed mode as every day brings up new challenges around coronavirus safety measures and course delivery methods.”

The pandemic forced classes online at various points, but he sees a silver lining for students: “Business school education largely is all about preparing one to make decisions in a world of uncertainty. And I’m living proof of that.”

His teaching includes a course that prepares MBA students to address strategic and tactical pricing issues. Pricing is one of the most powerful levers for maximizing profits and shareholder value, but this value is often untapped in many organizations.

“Most businesses spend enormous amounts of time trying to decide on what features to include in a product or service and understanding how to promote it, but the thing that gets far too little attention is price,” Venkataraman says.

He believes this is a missed value-creating opportunity. What his course tries to do is instill a disciplined approach in students from the get-go. 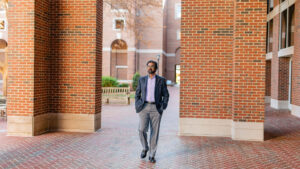 “Before we think about shaping a product or service, let’s understand our marketplace and the needs of our consumer,” he says. “Because if you understand the value that is ascribed, we do a better job of pricing that product.”

Students named Venkataraman an “MBA All Star Teacher” in every year between 2012-2019. What’s his winning approach in the classroom?

“Keeping material current and relevant is very important,” he says. “The function of pricing is constantly being disrupted as the products, services and business models of firms are constantly in a state of flux.”

He cites, as an example, the rise of subscription-based business models from the likes of video-streaming company Netflix.

“When I started teaching pricing in 2011, subscription models were not widely adopted, but they are here to stay. If we don’t give students this information, we are short-changing them. Excuse the pun.”