Whither the Oil Markets? The UNC Kenan-Flagler Energy Center 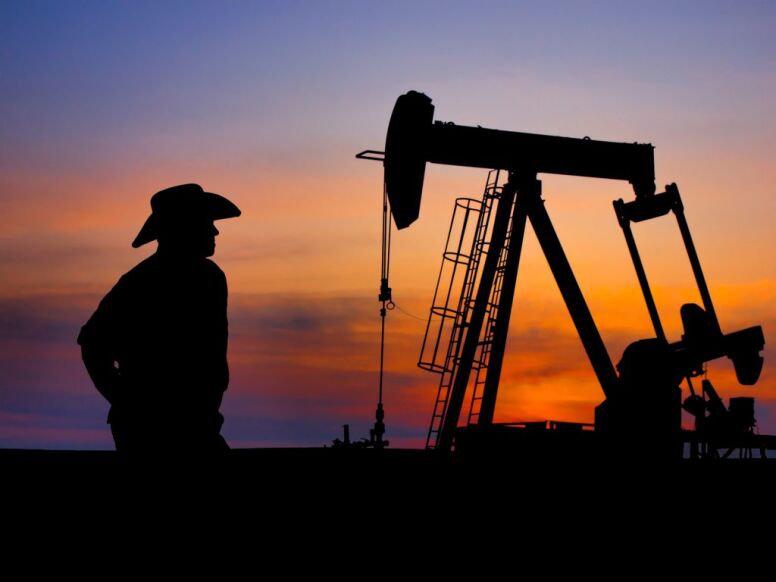 Massive uncertainties surround any assessment of the oil market – how long will the Covid-19 pandemic last, how widespread will it become, how long will the associated economic lockdowns persist and what will be the permanent economic damage once something like normal conditions return?  These ‘known unknowns’ make forecasting oil demand wildly unpredictable over a horizon stretching out two years or longer.

Yet the oil price collapse is not just about demand.  It also involves a supply shock courtesy of the big producers Saudi Arabia and Russia choosing to increase production in the face of collapsing demand.  More is known about this side of the equation.  What can be surmised today gives us some clues as to how oil prices will evolve over the next 24 months.

Different accounts have emerged regarding how Putin and the Saudis launched this price war.  One narrative depicts it as Saudi pique over Russia’s unwillingness to make further production cuts to bolster prices.  In this version, the Saudi Crown Prince acted out of anger to show Russia who really holds ultimate power in the oil market.  Quietly, a second account has circulated.  President Putin, with his finely honed instinct for inflicting pain on western adversaries, saw an opportunity to finish what was not achieved in 2015 – crippling America’s shale oil producers.

In this analysis, Putin saw that U.S. oil & gas independents were more vulnerable than before.  Wall Street had grown disillusioned with their tepid returns and broken promises of future cash flow.  Financing has dried up.  Equity markets are closed for many.  Moreover, five years of marginal performance since 2015 had left many firms dangerously indebted.  A price collapse now would not only bring of wave of bankruptcies – it would deliver a lasting lesson.  America’s oil shale was either unprofitable or marginally profitable at the production levels that were pouring out.  The lesson to be learned is this: U.S. shale oil is marginal production, and as such it will always be vulnerable to price destruction.

Whether the Saudis agreed with this view from the outset and just cleverly hid their concurrence or they came to share it as they saw West Texas’ devastation really doesn’t matter.  What matters, according to this interpretation, is that the Saudis will now do nothing to prevent Putin’s gambit from playing out.

Where do things go from here?  Some basic points are clear.  Both the Saudis and the Russians ultimately want HIGHER PRICES.  How high?  Probably in the $60-80/B range, which they judge tolerable for their customers and close to what’s needed for their domestic budgets.

That the Saudis need higher prices to fund their extensive welfare state is well known.  They still have financial reserves and options like further flotation of Saudi Aramco shares; however, they have been draining reserves for some years now and will be reluctant to see the current price war take bank balances down towards zero.  Russia successfully devalued the ruble in 2015 to sustain local currency margins in their oil industry.  Right now, Putin’s public posture is Russia can do this again and last out any price war.  That said, this price war’s induced drop in hard currency earnings will sharply curtail spending on many Putin priorities, including modernizing his military arsenal and supporting foreign policy interventions; it also fosters discontent among the oligarchs who constitute much of the regime’s political base.  Russia’s natural gas revenues are linked to oil prices, which means gas exports too will see a dramatic decline in produced revenues.  All of these reasons converge on a conclusion – that behind the public bluster Russia too is aiming for oil prices to recover towards $60-80/B.

The problem presented by U.S. shale was that its players seemed happy to pour out volumes at $50/b or less irrespective of profitability.  This undermined Saudi/Russian price maintenance effort by simply replacing their cuts with new American barrels.  A lasting lesson to the U.S. oil patch will, so the thinking goes, restore Saudi/Russian control.  This eventually will allow oil markets to settle out at the higher level they target.

Notice that OPEC, as an organization, seems irrelevant to this calculus.  Increasingly the Saudis don’t care what Algeria, Nigeria or Angola think about oil prices.  Those countries are already seeing a dearth of investment translating into declining production.  This will only get worse, much worse.  Other members, Venezuela and Iran, operate under sanctions.  Their production is depressed far below potential.  Nobody will be riding to their rescue soon.

In fact, there will be a staggering decline in investment throughout the oil producing world.  Busted companies and countries will be widespread.  Oil demand will record a dramatic decline during 2Q ’20.  Inventories in tanks and afloat will rise to the brim.  Who knows when economic activity will ‘normalize’ in Europe, China or the U.S.?  Who knows what the ‘new normal’ will be?  Uncertainties of this magnitude piled atop hemorrhaging cash flows throughout the industry will make for a perfect storm of depressed investment.  Vulnerable Independent E&P companies are frantically trying to stay afloat.  Occidental, the Permian’s biggest producer, has slashed its dividend 80% and actually cut employee salaries.  Apache, another major shale player, has abandoned drilling in its prominent Alpine High play.  Some of these Independents will not survive, and the resulting bankruptcies will take time to process.  It is doubtful that their underlying assets will be in more than maintenance mode while this process sorts out.

The International Major Oils, traditional bastions of strong balance sheets and investing through price cycles, are frantically cutting capital projects and operating costs just to preserve dividends.  At current price levels, few of their projects are ‘in the money.’  For a while the Majors’ smart play will be stockpiling good assets available from distressed players and repairing their balance sheets.  On some level, they will be content to let various resource-rich, high tax-rate host governments share the lessons of low, low prices.

There is one more ‘known’ factor to consider – the severe testing of the international oil field services industry.  Their names are well known, Schlumberger, Halliburton and Baker-Hughes among the full-service players, Transocean and Diamond Offshore as offshore drillers and a host of smaller firms.  These face a devastated business outlook and in some cases bankruptcy.  Schlumberger, the consensus blue chip of the group, has seen its stock price plummet from $49 to, at the time of this writing, $13/share.  Transocean shares can be bought for less than $2.  Inevitably, these players must retrench financially and in terms of staffing.  Their subsequent ability to respond to rising prices will thus be muted.

All of which takes us back to the Saudis and the Russians.  Since both want HIGHER prices, at what point will they agree to move – and remove significant production from the market?

Let us discard the assumption that the Saudis decision for price war was just emotional; even if emotion was involved, the Saudis have long experience and shrewd judgement about oil markets.  By now they can see that the opportunity to seriously cripple U.S. shale production is at hand.  Moreover, they will need more than help from the Russians to balance a cratering oil demand scenario.  Letting loose a precipitous decline in U.S. shale production will lend the additional help needed with the added dividend of deterring U.S. players from venturing quickly back into growth mode.

If this view is correct, there will be no Russian/Saudi agreement to cut volume until two things are clear: 1) where will global demand stabilize once pandemic has passed and basic economic reactivation is occurring; and 2) they can gauge the decline in U.S. and global non-Saudi/Russian production.  Good guesses here will not be possible until late in 2020, if then.

For sake of argument, assume that global oil demand stabilizes at 90 MB/D, 10 MB/D below its recent run rate.  Assume also that 3 MB/D of U.S. shale production goes away over 12-18 months and 5 MB/D of natural and investment depressed decline occurs elsewhere.  With these events in tow, the Saudi/Russians could begin to view what they desire, a scenario where their cuts could balance the market, there would be little production response outside their borders and where prices could then be driven by demand recovery.  At that point, from their perspective, coordinated cuts would make sense.  $70-80/B oil would be in sight.

Such a scenario takes us well into 2021 and possibly 2022.  The Saudi/Russians are unlikely to let prices stay at $20/b that long.  A recovery to $35-40/b will ease their own pain without stimulating much if any supply response elsewhere.  This can be managed by simply throttling back threatened production on the basis that inventories are such that there is nowhere to put more barrels.

What could make for a different outcome?  U.S. diplomatic and military pressure on the Saudis might accelerate the process.  President Trump cares about the health of the U.S. oil industry and the foreign policy freedom energy independence provides.  He might effectively press the Saudis to move up their timetable for cuts.  He might also target government programs towards oil independents to keep their shale plays alive. A President Biden would probably like low oil prices and a moribund U.S. oil industry; he’d be more likely to see it as an opportunity to foster green energy and perhaps get a carbon tax passed.  In the short term, this would play into Saudi/Russian hands, fostering a price spike on their timetable.  A ‘demand surprise’ would upset all forecasts, i.e. a shallower demand-drop and a more robust recovery than expected would limit the damage in the U.S. oil patch.  Such developments could restore the prior tug of war between shale producers and the Saudi/Russians, with prices hovering around $45-50/B, the minimum needed by efficient shale players to be active.  This scenario would tend to stabilize at such price levels, removing from view the prospect of a Saudi/Russian inspired run up towards $80/B oil.

What can be said with some degree of certainty is that the international oil industry will see its worst financial outlook since the Great Depression.  Even during the busts of 1986 and 1999, the biggest/best companies made money.  This time there will be losses, big losses and big growth in indebtedness.  Faced with this, the industry will certainly consolidate.  Upstream ‘mergers of weakness’ will be common.  These will take two forms, combinations of medium size players folding themselves into bigger firms via stock mergers and asset acquisitions out of bankruptcy/restructuring situations.  Occidental, for one, is unlikely to survive in its current form.  The midstream will also see a major consolidation; there the equity markets are already picking winners and losers.  Rock bottom stock prices are advertising firms like Plains All-American and Energy Transfer Partners as ‘for sale.’   Investment bankers are dusting off their briefing books as we write.

The survivors of this crisis will be asset-rich, but so very careful about future investing.  Longer term, their outlook will be a bit better.  Fewer players will equal fewer projects going ahead, less competition and better returns on what does proceed.  Prices will stabilize at better levels.  Many host governments will offer generous terms for survivors to come back and invest.  The cycle goes on.  But for now, it’s the bottom of the barrel, deeper and darker than before.  And, those oil company CEOs who spent the last decade depleting their financial reserves chasing high cost production growth will no doubt reflect on the perils of being ‘the marginal producer.’