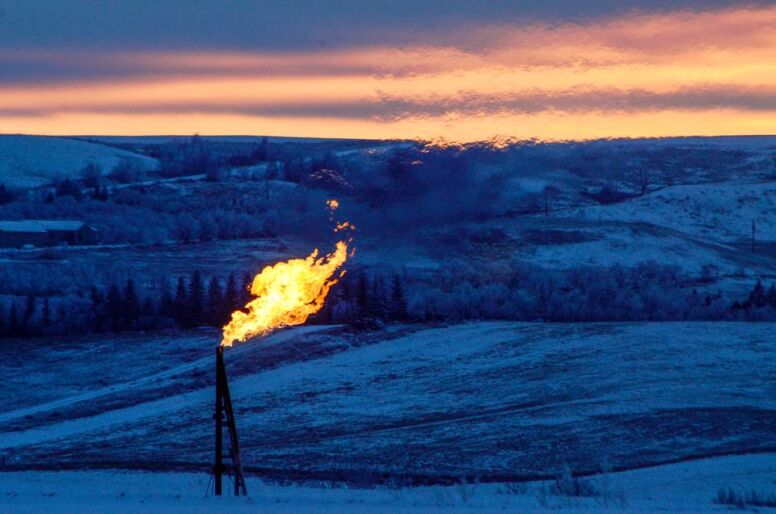 U.S. natural gas futures have done a sprint up to almost $5.50/MBTUs, and there is little in the outlook suggesting price relief will soon appear.  Demand is robust, inventories are tight and declining, and gas production, while growing, is not keeping pace.  How did this happen?  It seems only a short time ago that natural gas prices were marooned below $3/MBTUs.  The answer encompasses a complex set of temporary factors and more fundamental forces.  The latter are more important, because unless they are reversed, high, and volatile natural gas prices may become the ‘new normal.’  That will be unfortunate because affordable natural gas prices are one of the keys to accomplishing the ‘feasible Energy Transition.’

How can it be that encouraging production and distribution of more natural gas helps drive the Energy Transition forward?  The answers lie in three somewhat unwelcome truths.  First, the Transition will take time.  Second, it will require something like uninterrupted focus.  Third, it involves the global economy, not just the U.S.  It turns out that available, affordable natural gas will be critical to all three.

While many feel urgency is critical to accomplishing Transition, the complexity and vast scale of existing energy infrastructure does not lend itself to rapid evolution.  It takes time to replace coal plants with cleaner power and not undermine reliability or affordability in the process. Mistakes made here feed into the second point.  Allowing the lights to go off or people to freeze in their homes will only allow other issues, like reliability or inflation, to elbow their way to the top of national agendas.  Time lost while politics cycles through another round of ‘which issue comes first’ is a most inefficient way to enact urgency.  Finally, the atmosphere is global.  De-carbonizing the U.S. and Europe actually means little when China by itself produces more emissions than those two combined; and China is bringing a new coal plant on line every three months.

Before COVID struck, U.S. natural gas production was helping mightily on all fronts.  Natural gas, it turns out, is the perfect companion fuel when adding more renewables to the grid.  Wind and solar depend upon nature, are intermittent, and cannot be counted on to respond when electricity demand rises.  Of all fuels, natural gas provides the best antidote to renewables’ limitations.  Natural gas generation can run in baseload or as backstop power.  It responds quickly to both increases in demand and load declines.  Through development of advanced combined cycle technologies, gas generation has become highly efficient.  Thus, combined cycle gas generation became the investment of choice when U.S. utilities faced the simultaneous challenge of retiring coal plants and bringing on wind and solar.  Meanwhile, in the heavily industrial economies of East Asia, imports of Liquefied Natural Gas (LNG) allowed utilities there to follow something like a similar script.  Any hope of ending the ongoing growth of coal-based electric power in Asia is going to need even more LNG imports going forward.

The results – plenty of below $3 natural gas to feed U.S. utilities, soften the costs of adding renewables while early retiring other plants, and build a U.S. LNG export industry.

This brings us to what happened since 2019.  Obviously, COVID was a major change agent, but it isn’t the only factor in play.  An idea has also taken hold that impeding natural gas production and infrastructure is a good way to ‘wean’ the economy off fossil fuels.  Whatever validity this idea may hold for decades down the road, it has been a near term recipe for high prices and supply disruptions.

Let’s now examine that complex of forces which have brought about today’s higher prices.  Most articles on the subject list a set of seemingly random events which have coalesced to push prices up.  The list starts with climate events.  Drought in the U.S. west has stricken hydroelectric power supplies.  Wind power in Europe has been hampered this summer by well-below average wind speeds.  A colder than normal winter is now expected in China and north Asia.

To these must be added policy decisions by major energy exporters.  Despite Biden Administration lobbying for more production, OPEC is returning oil and gas to global markets at a measured pace.  In a somewhat more sinister fashion, Russia is withholding natural gas supplies from Europe; minimal gas is being routed through its Ukraine pipelines while the Putin regime awaits the full-fledged certification of its Nord Stream II system.  Finally, there is a more rapid than expected return of demand.  Industrial demand, in particular, has come back to life as manufacturers gear up to respond to consumer demand and supply chain issues.  East Asia especially is sucking in LNG, driving up prices elsewhere in what is increasingly a global commodity market.

Does anything supply a connecting thread through these occurrences? Yes, the disappearance of the U.S. supply surplus is that connecting event.  When COVID hit, oil prices dropped below $30/B and natural gas dipped below $2/MBTUs.  Unsurprisingly, drilling and fracking went into sharp decline.  Oil production fell almost 3 MB/D while natural gas output dropped from 96 BCF/D to below 90 BCF/D.  This market-driven event coincided with the further adoption of the perspective mentioned earlier – that stopping natural gas infrastructure and drilling was conducive to promoting the Energy Transition.  Major inter-state natural gas pipelines, like the Atlantic Coast and PennEast lines were abandoned after relentless court challenges and permitting delays convinced sponsors the projects were impractical.  Other markets moved to restrict natural gas hookups for new construction.  The Biden administration moved to restrict drilling on Federal lands and major Wall Street players like Black Rock reinforced efforts to restrict capital flows to fossil fuel developers.

These, and similar events too numerous to mention, have accomplished something the natural gas industry could seldom do on its own – show discipline in its capital spending.  If this were a normal commodity cycle, the drillers would be out spending and drilling with gusto.  But, they are not doing so.  Like OPEC, they are taking their time restoring production to the market.

It should thus come as no surprise that, with the U.S. surplus gone and the industry committing new capital cautiously, OPEC and Russia are deploying the leverage they have recovered.  For OPEC, that’s allowing prices to firm towards $80+/B for oil.  For gas producers like Qatar and Russia, that means rationing supplies while LNG prices rise north of $10/MBTUs for European deliveries.  Meanwhile, LNG prices soar higher in Asia, with spot prices setting a record at $34.37/MBTU on September 30.

None of this is helpful to achieving the Energy Transition.  It hands those who don’t see the need for any Transition powerful arguments to make other issues today’s top concerns.  It provides those same forces with the politically attractive argument that what matters is taking care of people’s concerns today as opposed to solving hypothetical threats that may or not become real out in the future.

What would help going forward?  The industry has an important role to play – that of getting its fugitive methane emissions solidly under control.  Methane is also a greenhouse gas, and its role as such has received increasing attention in the past year.  Though it stays in the atmosphere much less time (~10 year) than does CO2, its impact while in the atmosphere is greater.  With prices high, now would be an especially good time for the industry to act.  Much of what is required involves capital spending and maintenance to plug leaks, replace old equipment and install more modern infrastructure.  This is harder to justify when business is tough, but at current prices cash flow should be there to take care of these items.  An especially helpful development is the trend towards certifications of “Responsibly Sourced Gas” (RSG).  Such gas has undergone a rigorous verification process versus standards set by the ONE Future coalition.  These standards call for achieving a 1% or lower methane intensity level by 2025.  Many industry players and consumers are showing increasing interest in only employing RSG, and supplies now bearing that designation are commanding a small market premium.  With more effort, the industry can make this the supply standard going forward, which would cause uncertified gas to move commercially only at a substantial discount.

The final and more fundamental suggestion here is to recognize that natural gas really deserves that moniker of being the strategic bridge fuel.  Robust U.S. gas production and tending to necessary associated infrastructure will be essential to accomplishing the affordable de-carbonization of electric power that lies at the center of any serious climate strategy.  Especially in the environmental community, there needs to be more acceptance that plentiful natural gas supplies and moderate prices help us ‘get from here to there’ in the Transition.  Viewing natural gas in this way will buy precious time to focus on eliminating coal-powered electricity here and abroad, while bringing along the other elements – renewables, nuclear, EVs, hydrogen, carbon capture, transmission, and breakthroughs we can only guess at today – all of which will be needed to get to our destination.