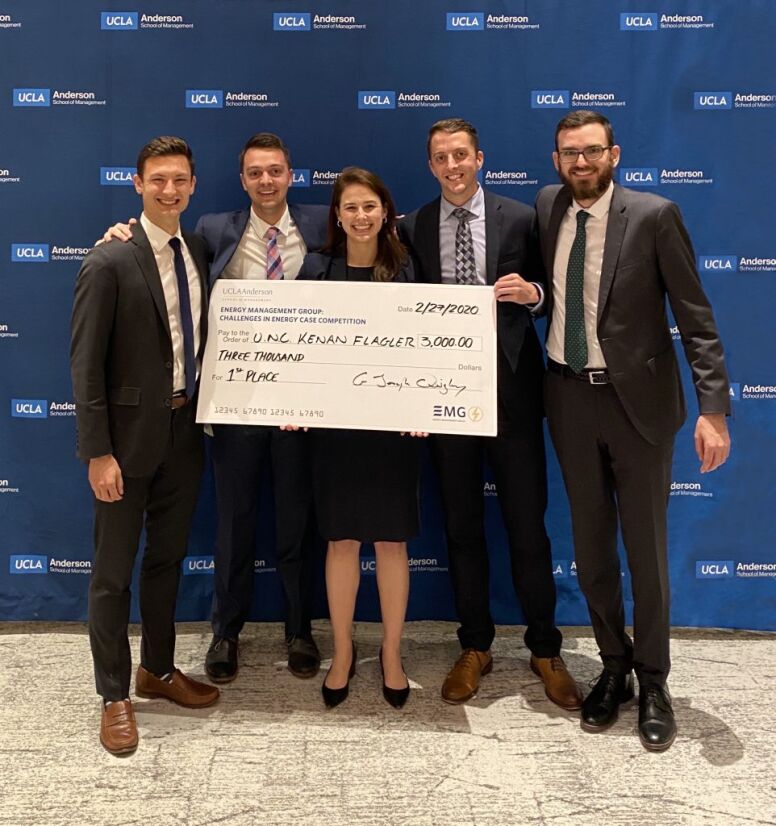 The case prompted students to develop a business plan for a start-up company that incorporated emerging technologies, such as blockchain or artificial intelligence, in order to accelerate renewable energy and/or energy efficiency adoption.  “We only had 5 days to come up with an idea and create a presentation, so it was hectic getting everything finished on-time” said David.

Once the team arrived in LA, they presented in round 1 competing against 13 other teams, representing the top energy MBA programs throughout the country. At lunch, they were selected alongside teams from the University of Michigan and Northwestern University to move onto the finals. However, before the final round, the team was given a “twist” in the case and had only 45 minutes to adjust their presentation and incorporate this new information. After the finals, there was a reception where the winners were announced.

“Our idea wasn’t the best in the competition, but we all worked really well as a team and that led to our success” remarked Sam Polino.

The team said the trip highlight was eating victory burgers at In-N-Out.