Geopolitics & OPEC – What the Markets Aren’t Seeing On Oil Prices 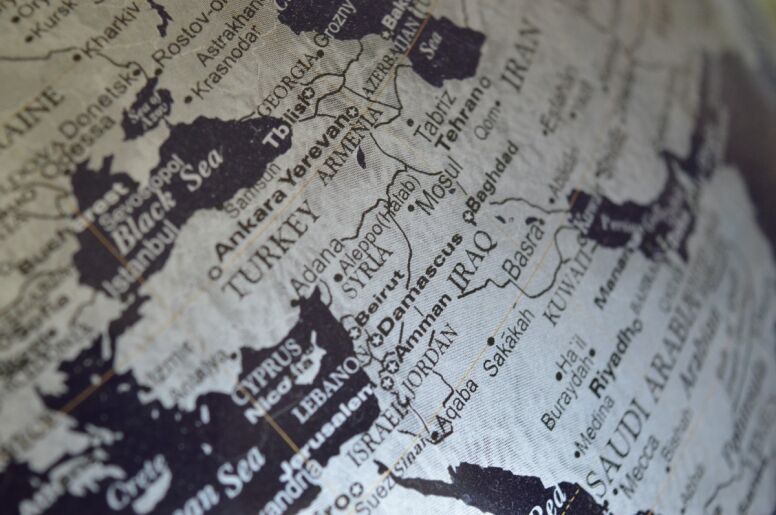 Another OPEC General Meeting has produced a spate of reporting on oil prices. Principal news: no change is expected in the cartel’s 30 MB/D production quota. Principal conclusions: OPEC has lost pricing power, American shale frackers have been very successful in reducing costs while becoming the globe’s ‘swing producer,’ and the global market remains oversupplied by some 2 MB/D. With OPEC already producing above its quota and with a prospective Iranian nuclear deal on the horizon, oversupply isn’t going away soon. In fact, it may get worse before it gets better. The prospect of another price drop below $50/b must be taken seriously.

There is nothing technically wrong with this scenario. It is accurate as far as it goes. It is however, incomplete. More specifically, it rests on a set of implicit assumptions that appear stable but in fact are under great stress; these assumptions could give way suddenly or could evolve in ways that set the stage for a different medium term outcome. The assumptions have little to do with OPEC operating as a cartel. Instead, they have a lot to do with Saudi Arabia’s current geopolitical situation.

Oil market analysts tend to view current events through the lens of 1985-86. In that earlier period, rampant quota cheating characterized the OPEC nations outside of the Persian Gulf kingdoms. Tired of propping up the market, concerned about its own revenue losses, Saudi Arabia opened the flood gates; its production was ratcheted up from less than 3 MB/D to over 8 MB/D. A glut ensued, prices crashed below $10/b, and a decade and a half of low cost oil followed. In this earlier time, Saudi Arabia was seen to be disciplining the cartel, protecting its own market share, and ‘maximizing the long term value’ of its reserves. Superficially, current Saudi behavior seems similar – except this time the Saudis are supposedly disciplining U.S. fracking. More nuanced analysts extend the ‘disciplined targets’ to renewable energy and conservation efforts, while allowing that punishment of Iran and Russia are nice side effects.

In taking this view, the market has identified the wrong targets of the Saudi action. By doing so, it risks missing decision points and events which could radically alter production and prices. The real target of Saudi policy this time is Iran. Cartel politics are decidedly secondary. This means it will be the outcomes from America’s historic rapprochement effort towards Iran that will shape future oil prices.

The market’s assumption is that Saudi Arabia’s domestic and geopolitical circumstances are stable, i.e. the Kingdom is not at risk of either foreign aggression or domestic upheaval. While this may yet prove so, it is not how Saudi leaders currently analyze their predicament. In their eyes the Kingdom has never before faced an equivalent existential threat. Pose the question ‘what’s changed in the Middle East since 2010?’ Then make a list of answers, and the threat now felt in Riyadh comes chillingly into focus.

Start with the Arab Spring, which resulted in the overthrow of longstanding autocrats and the unleashing of unpredictable populist forces. That can’t be comforting to another Arab monarchy. Libya and Syria collapsed into civil war. Militant Islamism metastasized, producing the Islamic State and un-Godly humanitarian suffering. Who knows where such unanticipated upheavals will next occur?American efforts to stabilize Iraq came apart, leaving that country engulfed by sectarian conflict. Meanwhile, Iran moved to the threshold of becoming a nuclear power, even as it expanded its influence in Shia Iraq, Syria and Yemen. Most significantly, the Obama Administration sought to fundamentally reorder America’s Middle East policy. The historic pillars of that policy were unquestioned support for three states: Israel, Egypt and Saudi Arabia. Attempting to produce a transformation in the region while extracting the U.S. from costly on-ground commitments, Obama decided to seek a breakthrough deal with Iran, heedless of the private and public objections of its allies. The message in all this for the Saudis amounted to ‘the neighborhood’s going to hell and the police department wants to shut down.’

This witches’ brew, militant upheaval plus Shia ascendency, strikes at the deepest fears of the Saudi ruling family. With the exception of rebuffing a brief Iraqi incursion during the first Gulf War, the Saudi military has never had to do any actual fighting. The royal family cannot relish being alone in any of the following possibilities: a major internal insurrection, an ISIS invasion, or enhanced Iranian penetration of Yemen. Would their military be up to the task? The Saudis are also keenly aware of the large Shia population in its eastern, oil-rich provinces – a population long treated like an oppressed minority. Can the Saudis risk giving this population even a whiff of weakness in its control over domestic affairs? As for Iran, the Saudis foresee a irreconcilably hostile power breaking free of international sanctions, eventually cheating on the nuclear accord to achieve a fate accompli, and then using its strong position in Iraq to pressure Kuwait and the small Gulf states. These are most unhappy visions to have to entertain at a time when the Kingdom’s longstanding protector appears indifferent to continuing in that role.

Manipulating the oil weapon is the one power tool remaining in the Saudi arsenal. Single handedly driving down prices has the singular virtue of assuring that Iran stays poor even after international sanctions come off. Indeed, it puts Iran in a dilemma – for the more Iran might rush to bring production back into the market, the more it risks further collapsing prices and negatively impacting net revenues. Keeping Iran poor also maximizes the strain that supporting its clients puts on its finances. Finally, it means that at each OPEC meeting, when Iran comes to the table as part of those arguing for volume cuts, the Saudis negotiate from strength. It can demand Iranian concessions, using the oversupplied status quo as its pressure tactic. In the best of scenarios, this amounts to a Saudi containment policy towards Iran necessitated by America’s abrupt turn away from containment.

How can we conclude that it is these fears, and not normal cartel politics, that are driving Saudi policy?  The evidence is symbolic, circumstantial, but ultimately too extensive too ignore. Start with the fact that the Saudi policy action arose in parallel with the public likelihood that a nuclear pact would be reached. Consider too the relatively modest amount of oil market surplus. Removing 2 MB/D from the market is something Saudi Arabia could organize anytime it wanted. Consider also that the Saudis know U.S. fracking is resilient, unlikely to be permanently retarded by a price bust. Astute observers of the market for their primary product, the Saudis know that it is high cost, capital intensive oil production that will be most affected, e.g. deep water, Arctic, tar sands and LNG projects are what will suffer. Any ensuing supply crunch will thus be years off, around the time when such projects would have come on stream if not deferred. It is hard to see the engineering of a deferred supply crunch as a compelling reason for the Saudis to produce a current, readily avoidable price collapse.

One then is left with the need to find a stronger motive. This is where the grave existential threat facing the Kingdom enters the argument and fits the bill.  This conclusion is cemented by the symbolic behavior of the principal actors of this drama, President Obama and the new Saudi King.  Flying back from India, Obama makes a stop in Riyadh to visit the new King, and follows up with a Camp David summit to reassure Gulf States regarding his Iranian diplomacy.  The Saudi King cancels at the last minute and makes sure the summit accomplishes nothing.  Who is playing the wooer and who the alienated ally?

How does correct identification of Saudi motives change the analysis of global oil markets?  For starters, if the U.S. fails to reach an accord with Iran, the situation will again become fluid.  Such a failure would probably send the U.S. back towards its historic policy moorings.  A slightly more reassured Kingdom might then revisit cartel politics, slightly adjusting quotas and allowing prices to coalesce in the $60-80/b range.  Such a price level will continue to keep a sanctioned Iran poor, while offering modest relief to other cartel members.  It will not stop U.S. fracking, but will impede other high priced non-OPEC development, including renewables and conservation.  Over time a more constrained supply outlook would underpin higher prices, assuring that the Saudis don’t run down their financial reserves more than they wish to.

If a nuclear deal is reached, expect the opposite – an Iranian push to recover quota within OPEC met with an unyielding Saudi insistence on market share, such that a second price collapse ensues.  This is the scenario that produces $40/b or lower crude prices.  Market analysts will undoubtedly describe it as another, greater cartel failure – the ‘end of OPEC’ so to speak.  In fact it will be something much more prosaic – the Saudis buying insurance against an American diplomatic effort they consider naïve  at best and in their heart of hearts, profoundly reckless.