Finding the Lowest Cost Forward Path on Climate & Energy (I) 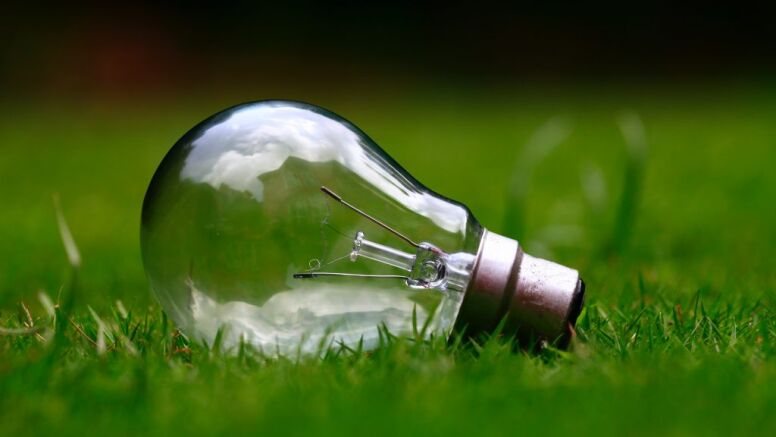 Climate activists and advocates of all kinds have accomplished something important.  They have convinced practically everyone that climate risk is a serious issue deserving priority attention – and more than attention, action at the national and international level.

That said, it is now time to face up to certain challenges posed by the nexus between climate strategy and energy economics.  Failing to do so risks allowing climate strategy to lose valuable time and fall short of addressing the scale of the challenges.

At this moment, our long term energy vision is clouded and complicated by the global pandemic.  Oil demand has collapsed, energy demand is way down and the economic outlook for recovery is unclear.  Yet this massive disruption is likely temporary.  As such it doesn’t obviate the need for discussion about climate and the energy transition.  The principal energy outlooks, EIA, IEA or the major international energy firms are still informative.  All show the growth of hydrocarbon use extending for decades.

Their post-pandemic versions will modify but not fundamentally change this outlook.  None will show coal going away.  All are premised on the assumption that billions of people in the developing world aspire to a modern lifestyle. The only hope for providing that is by providing large amounts of incremental energy, most of which can only come from traditional hydrocarbon fuels.  These outlooks incorporate copious amounts of new renewables plus some new nuclear and carbon capture projects.  They aggressively assume impressive levels of energy efficiency.  Yet, the demands for a better quality of life and for the energy needed to provide it, overwhelm these projected low carbon efforts.

The challenges posed here are fundamental.  Will the demand for improved living standards today trump concerns over future climate impacts?  Can a low carbon future be delivered at a cost that does not deny millions of poor their chance for better health, diet, education and economic security?  At present, the answers are not comforting.  Developing nations, by their actions, have made clear their choice for improved living standards over climate concerns.  In the Paris agreement, they demanded the right to keep increasing GHG emissions for years to come.  At home they continue to build new coal plants to power their economy.  The most economically dynamic of these nations are no exceptions.  In 2019, China increased its coal consumption by 190 million metric tons while India announced continued coal plant construction out through 2024.

Other events suggest that the cost of energy remains an issue in developed countries.  Last year protesters threw bricks through windows on Paris’ Champs Elysee to protest a new carbon tax.  In the U.S., the Federal Government has not had the political courage to raise gasoline sales taxes since the early 1990s.  Carbon taxes remain a non-starter within a deeply polarized Congress and one hears little about them in the current presidential campaign.

The cost of energy is thus a huge issue for climate strategy.  Indeed, it is such a formidable barrier that governments, business leaders and climate activists have had difficulty confronting it; in general, they have adopted a series of positions downplaying the energy cost/climate nexus.  Either the cost of the climate transition would be: 1) solved by the declining costs of wind, solar and batteries; 2) solved by as yet unforeseen technology improvements; or 3) be solved by an eventual willingness to pay higher prices because traditional hydrocarbons become more expensive or climate awareness intensifies or some combination of the two.  There has also been a quiet fourth position – that when the cost of energy transition made itself visible, the priority popularly conceded to climate concerns would recede.

The first of these positions has become harder to sustain.  Wind + Solar + Batteries, it is increasingly recognized, cannot provide fully reliable power at an acceptable cost.  In specific places, their Levelized Cost of Electricity is seen as becoming cost competitive.  Viewed on a national scale however, their intermittency, inability to ‘load follow,’ and consequent need for backup dramatically limit their ability to fully displace other forms of generation.  The experience of Germany, where massive wind/solar investments have yielded the highest cost electricity in the Euro bloc with no appreciable reduction in GHG emissions is not lost on governments elsewhere.

The second position is a bet on the unknown and as such nothing to count on.  If the climate threat is time critical, how does one ground strategy on the hope for an eventual silver bullet?  Moreover, energy does not seem to be like tech.  Improvements come in increments, not dramatic breakthroughs.  Today’s developers are working hard to get batteries to be cost effective for four-hour discharge.  Their 10-year horizon hopes to boost this to 8-10 hours – important if it happens but not the kind of thing allowing surplus August solar power to cover next January.

That leaves the third position – converting consumers to accepting higher cost energy all around.  In many places there is political support for ‘paying something extra’ to mitigate climate risk.  However, when tested with specific measures posing visible costs, consumers and voters frequently resist.  Carbon taxes are not widely popular.  When attempted, they have been reversed in several locations.  Subsidies are a preferred policy tool because they are less visible to consumers. Here, the Chinese, Indian and even the German choice to burn more coal delivers the fundamental message – national energy policy lives in the present.  Forced to choose, governments are reluctant to depress their economies for presumed future climate benefits whose extent and timing are hard to define.

If climate strategy stalls here, the quiet fourth position may prevail by default.

How then to move forward?  To do so, climate strategy must put the cost of energy at the center of future strategy.  Specifically, it must focus on the identification and implementation of the most cost effective pathway to a lower carbon economy.  Only this approach has a chance of making sufficient progress, on a global scale, to achieve the de-carbonization needed within the timeframe most climate experts assert is essential to avoid dramatic climate change.

This new focus needs to be grounded on four key principles:

For some these will be ‘inconvenient principles;’ however, in the context of crafting effective climate strategy, they are useful.  They provide testing criteria for evaluating any proposed climate pathway.  Said differently, any climate strategy which is cost prohibitive in developing countries, doesn’t prioritize de-carbonizing electricity generation, assumes that de-carbonization can be accomplished without tradeoffs, or can be achieved by completely replacing the existing energy infrastructure is likely to prove too costly, too politically toxic and/or too time consuming to achieve its stated goals.

How then should a climate policy built on these inconvenient facts be designed?  To this we will turn in Part II of this Director’s Blog.