Skip to content Skip to Programs Navigation
Why the U.S. still has a severe shortage of medical supplies

Why the U.S. still has a severe shortage of medical supplies 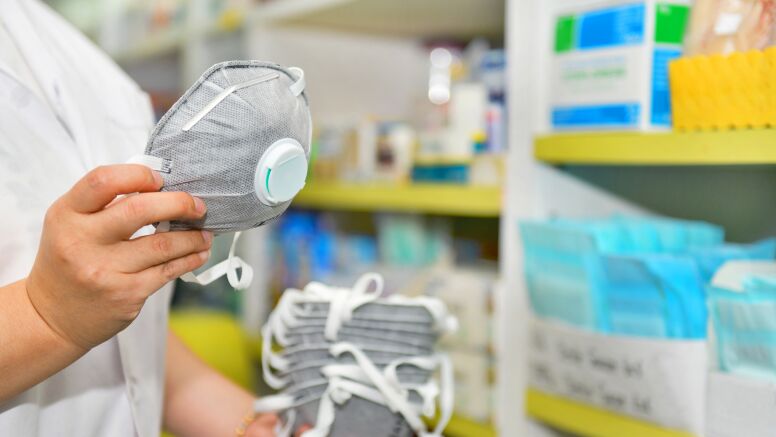 It might be hard to believe after all these months, but the shortages of personal protective equipment (PPE) and other critical health care supplies for dealing with the pandemic in the U.S. still haven’t been solved.

Instead, they continue and some have gotten worse. Hospitals, nursing homes and medical practices routinely have to waste time and heighten their disease exposure by decontaminating disposable masks and gloves for reuse. Many organizations must still forage for critically needed equipment through back channels and black markets. And while the supply of ventilators is no longer an issue, shortages of ICU medications and test-kit reagents remain.

The reason is that a slew of glaring supply-chain deficiencies has yet to be fixed.

Our team, which was involved in efforts by the federal government’s Supply Chain Task Force to understand and address the problems, found that the deficiencies are very solvable — if the federal government gives the Strategic National Stockpile agency greater clout, provides it with access to better information and technology, and beefs up its expertise.

The need is critical – both for dealing with possible surges in the virus this fall and for managing future health and terrorism crises whenever they arise.

In a health emergency, states and health-care organizations that run low on medicines and equipment are supposed to be able to rely on the Strategic National Stockpile (SNS), a creation of the George W. Bush Administration. But the SNS, originally intended as a safety net in case of short-term threats such as bio-terror attacks, was not designed to handle a pandemic of this scale.

Partly for that reason, the pandemic caught the SNS flat-footed and unprepared. When the virus hit, the supply of masks had not been replenished since the H1N1 pandemic in 2009, and the usage dates for many of the masks had expired. Some were falling apart. Supplies of other PPE and ventilators were inadequate and were quickly depleted in February.

While grossly inadequate levels of funding heavily contributed to its poor performance, that is really a symptom of a much larger set of problems. The federal government task force (the three of us were members of its various teams) identified three major systemic issues and have proposed a series of solutions. These recommendations are still under consideration, but nothing has changed.

The SNS’s profile is too low.

The SNS suffers from low visibility – or at least it did before the pandemic. Consequently, its influence and ability to garner support and resources have been limited. When the SNS was created in the aftermath of 9/11, terrorism was foremost on the intelligence community’s collective mind, but in the following years, through two successive administrations, some of the original sense of urgency dwindled. Despite experts’ warnings about the risks of global diseases, the SNS slid into semi-obscurity. It became an afterthought and a low governmental priority. For example, the strategic plan for responding to national health emergencies was not renewed after 2017, and funding for replenishing stockpiles was repeatedly cut.

This lack of visibility and clout led to a situation where the SNS was relegated to a small team within the massive bureaucracy of the U.S. Department of Health and Human Services (DHHS). Dominated by virologists and clinicians, DHHS excels at medical assessment but is not geared toward predicting or planning for disasters.

SNS managers were able to see early on that the medical-equipment supply chain was threatened by manufacturing shutdowns and high demand in China: Wuhan, the location of the pandemic’s origin, is also the world’s main production center for masks and other PPE. But their warnings were not taken seriously by medical personnel within DHHS.

“The problems we saw with PPE in Wuhan in January never saw the light of day,” an SNS manager told one of us in an interview. “People in D.C. just didn’t understand the complexity of global supply chains … and our efforts to get leadership to act fell by the wayside.” It took weeks of going through red tape for DHHS to act, by which time the global supply of PPE had virtually dried up.

The SNS needs a higher profile and greater influence. It should be guided by a board of governors representing such federal government organizations as the Department of Defense, Biomedical Advanced Research and Development Authority, National Institute for Occupational Safety and Health, Food and Drug Administration (FDA) and the Centers for Disease Control and Prevention (CDC). (There is a good model for this in the Department of Defense, where decisions about acquiring and distributing supplies during contingency operations are made jointly across multiple branches.)

At the same time, the SNS needs to coordinate its activities with executive agencies such as the Federal Emergency Management Agency (FEMA) and DHHS. The best solution would be a standing committee that meets quarterly to update the agencies. The shortage of masks and ventilators would have been much less severe if, back in January, the SNS had been able to mobilize these organizations to find, create, and incentivize new domestic sources.

The SNS’s information is inadequate.

To be able to produce quick and efficient decisions in a crisis, the SNS needs to lay the groundwork by doing advanced planning, analyzing markets to assess the global availability of PPE and ventilator components, and creating sourcing plans for every key need that might arise. To do this kind of planning, it must have abundant, dependable, real-time information from a broad array of sectors on the status of supplies, pandemics, terrorist events, and other unexpected disruptions. And it must be able to validate and integrate this information.

The SNS falls short in all these areas.

For example, in our work with the task forces we discovered that the SNS’s inventory-management systems have not been upgraded since the agency was founded in 2004 — an eternity by the standards of today’s rapidly advancing technologies. Because its systems are so old, the SNS uses very little bar-code technology and instead relies on laborious data entry and homemade solutions. At one point we noticed that SNS staffers were photographing pallets with their cell phones and loading the pictures onto a shared drive as a method for recording what had been received. Pictures of pallets are not useful for tracking where material is in the system, when it is consumed, or when it expires.

The end result is that the SNS has very little ability to “see” into its stockpiles. It cannot effectively monitor inbound materials, consumption rates, expiration periods, or potential shortages. Nor is it able to see how much stock is within each state’s system.

Unsurprisingly, medical organizations, facing critical shortages, have been hoarding information as well as supplies. We observed hospitals that were reluctant to share any type of information on their material stocks. One hospital administrator we spoke with stated that the nursing staff was hiding PPE in cabinets, afraid the equipment would be taken away and sent to other hospitals. This secretiveness further impedes the SNS’s ability to know where supplies are truly needed.

The first thing the SNS needs to do on the information front is acquire better, more-modern inventory management systems that rely on blockchain transaction channels along with QR or bar-coding systems linking all inventory items. Legislation and policy changes would be needed to do this.

We envision the SNS creating a virtual “control tower” from which it could see when inventories are running low and expiration dates are coming up. This would consist of several elements: a bar-code system for tracking inbound and outbound material; warehouse-management systems for aggregating data at each site; a single, trusted repository for all relevant global data; and a real-time visualization system that shows the status of all of the SNS’s and the states’ materials. From any secure mobile devices, authorized users would be able to access the system, collaborate and make decisions.

In addition, meetings with the board of governors and the standing committee that we propose above would help position the SNS to get better intelligence on emerging threats and the state of global supply chains.

The SNS’s hard-working employees are doing their best in the crisis, but we found key gaps in expertise. We believe that the SNS’s slow response and lack of effectiveness in the crisis is partly due to a shortage of people who are capable of understanding the current state of play in the supply chain, making decisions, getting rapid authorization, and taking immediate action.

The agency needs people who are expert at adapting sourcing strategies to rapidly changing situations. It needs people who can understand such developments as the dynamics of the Asian health-care market and the shifting nature of supply and demand across multiple categories (e.g., PPE, drugs, vaccines, ventilators and testing kits).

In addition, the agency needs sourcing analysts for each major category of material to learn where shortages and surpluses are occurring in complex global markets. A sourcing analyst is needed not only for PPE but also for pharmaceuticals, specialty chemicals, electronic components for medical devices, test kits, laboratory supplies, and so on. Again, a good model is the Department of Defense, where category managers rely on sourcing analysts to monitor key supply markets and update sourcing strategies based on current events and evolving risk scenarios.

The SNS should assemble a pandemic planning team that would develop monthly inventory reviews tied to forecasts of various risk events. This federal-level team would oversee similar state-level pandemic teams that would report on local inventory and demand. A few states have created such teams, but they are often ad hoc and temporary. The country needs a solid, permanent network of state-level teams that can jump into action in the event of another emergency.

The SNS also needs to have knowledgeable, well-prepared people reviewing all of its sourcing agreements with suppliers. Increased expertise would significantly improve the SNS’s response time and effectiveness.

All these changes will require a determined leadership effort from the government. But we see no alternative. Getting control of the supply chain for emergency materials is absolutely critical to the nation’s short-term health and its long-term resilience.

Daniel Joseph Finkenstadt (PhD ’20) is a major in the U.S. Air Force and an assistant professor at the Graduate School of Defense Management at the Naval Postgraduate School. Read a profile of him here.

This article originally appeared in Harvard Business Review and is published here with its permission.