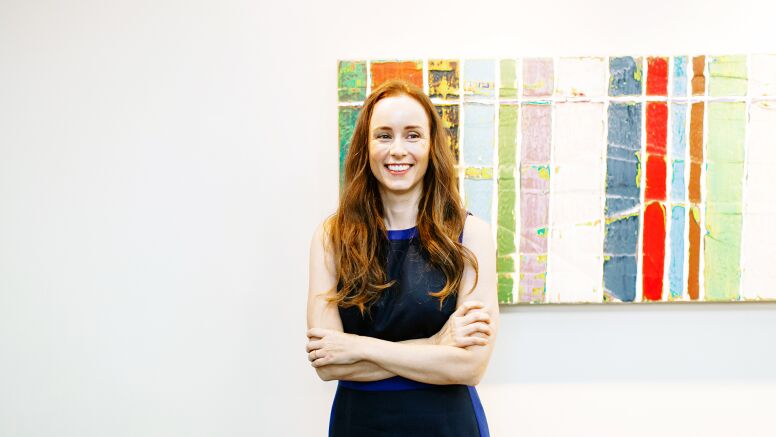 A crisis is escalating in the shadow of the COVID-19 pandemic: the American opioid epidemic.

Before COVID-19 struck, opioid addiction was seen as the biggest public health crisis in the U.S. According to the Centers for Disease Control and Prevention, nearly 50,000 people died in 2018 from overdosing on heroin and painkillers like fentanyl.

The opioid epidemic is also an economic problem studied by Paige Ouimet, finance professor at UNC Kenan-Flagler. The former biologist has written a paper that shows people who have filled an opioid prescription are 5% less likely to be employed five years later. And, unsurprisingly, this stunts the growth of corporations operating in communities that have been devastated by the opioid epidemic across the U.S.

“Firms in areas heavily impacted by the opioid crisis have more difficulty in finding sufficient labor and, instead, are more likely to invest in automation technologies,” says Ouimet.

This is an example of the kind of financial challenges at the intersection of public policy that motivate Ouimet. She works hard to provide insights and solutions at UNC Kenan-Flagler. 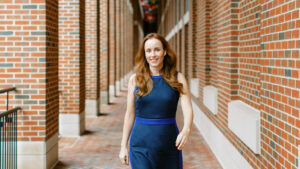 Ouimet received her MBA and PhD at the University of Michigan. She joined the business school in 2008 after a brief stint at The Center for Clean Air Policy an independent, nonprofit think tank working on climate and air quality policy at the local, U.S. national and international levels.

She was lured by UNC Kenan-Flagler’s famed finance department. “The finance group is very special,” says Ouimet. “The collegiality is amazing. We are all very supportive of each other. This is a great place to be productive.”

Another motivating factor is the lifestyle in Chapel Hill and beyond. “The nature is beautiful,” says Ouimet. “It has the beach, the mountains, the weather is great and the people are friendly.”

But her main interest outside academia is collecting Lego. “I probably have the biggest collection in North Carolina,” she laughs. “I have two young children and we have family build-offs every week.”

Her passion is research, which she brings into her MBA and PhD classes. She collaborates with PhD students on research projects, such as the opioid study with Kailei Ye (PhD ‘21), and serves as faculty coordinator of the PhD program in finance.

An area of huge interest is income inequality. The coronavirus crisis has exacerbated America’s already stark inequalities. More than being a moral imperative, she presents a strong business case: Her research concludes that, for some companies, paying higher wages can also lead to greater shareholder gains due to higher labor productivity. For example, firms that paid higher wages during the 2008 financial crisis, due to the timing of previously agreed long-term wage agreements, outperformed their peers.

Another policy for reducing income equality that Ouimet is keen on is employee share ownership. In theory, the idea has broad appeal, as it can raise the motivation and well-being of employees. That often means companies with employee share ownership outperform. “Share ownership dilutes existing investors, but the evidence says on average they end up better off: It grows the whole pie,” says Ouimet.

But the risks are painfully exposed when companies have gone bust, wiping out jobs and retirement savings. Ouimet advocates for financial education to encourage diversification to lower risk. “Often, you’re giving a complicated financial instrument to people who don’t have a great understanding of it,” she says. “So, they end up making decisions that will diminish the value of the investment.”

Employees might not want to sit in on a financial lecture after work, but Ouimet says workers can educate each other, forming peer networks. A second defense would be insurance to guarantee a minimum return, as is standard practice for pensions. 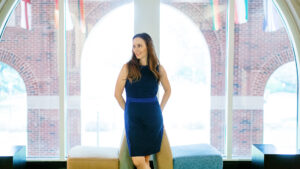 Ouimet is in the middle of creating a class that tackles these topics, which would be a first for UNC Kenan-Flagler. She wants students to see the limitations in the shareholder primacy model propagated by the late Chicago economist Milton Friedman. “We need to make some changes as a society,” she says.

But we cannot easily switch to shareholder capitalism, she argues. There are many complicated trade-offs: “What if a company only has enough money to pay fair wages for employees or to operate in a climate-neutral way? Which stakeholder wins? What are the economic consequences?”

There are no easy answers to these complex questions, but Ouimet wants to start a spirited debate among the UNC Kenan-Flagler students she teaches. “I do think that shareholder capitalism is the future.”

Looking ahead, she has two more fascinating research projects in the works. The first looks at the implications of state-level bans on employers asking to see women’s salary history, which could compound the gender pay gap.

The second project is exploring the economic costs of mandatory sick leave.  The absence of sick leave, she suspects, fanned the flames of the opioid crisis.

“If you hurt your back, you can either not work for a week and not get paid, or get a prescription from a doctor,” she says. “What would you do?”