Understanding frictions in the labor market 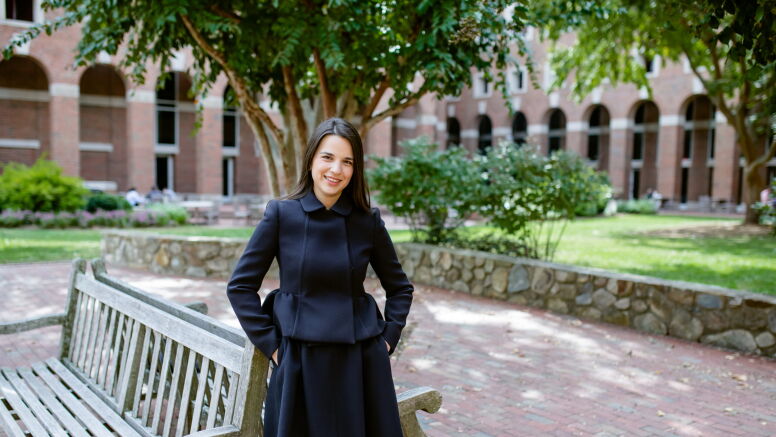 Elena Simintzi has a message for policymakers in the west: The demise of a three-decade-long era of globalization does not necessarily mean companies will bring jobs back home.

Rising geopolitical tensions and disruption to global supply chains caused by COVID-19 have led companies to declare that the era of globalization that is based on outsourcing to cut costs is over. Politicians have pronounced that multinational companies should bring manufacturing and jobs back home.

But Simintzi, associate professor of finance at UNC Kenan-Flagler Business School, shows in her research that “onshoring” production is more likely to lead to greater firm investment in labor-saving technologies in the current environment because of rapid wage growth in developed economies.

“In my research, we show that the relative price of labor is a key driver of technology adoption by firms,” she says. “In particular, we show that firms that have access to cheap offshore labor have less incentive to invest in technology at home.”

But as wages go up in a tight labor market, companies will look at accelerating automation in the workplace, according to her striking findings. “A slowdown in globalization doesn’t necessarily imply firms will bring back all of these jobs, as once access to offshore labor is restricted, companies will invest in technology, unless wages drop,” Simintzi says.

Given the potential impact of automation on jobs, the research will have important implications for policymakers trying to woo industrial operations back home. The effects also underscore the rising importance of labor market frictions in the corporate environment, which is one of Simintzi’s key research interests.

Another topic she is very interested in relates to the calls for greater diversity in the workforce and equal pay for women. With her research, she strives to affect change in the business world. “At end of the day, what is the point in writing an academic paper if no one else gets to read and learn about it?”

In recent work, she revisits the heated debate on gender pay inequality through the lens of Danish companies before and after a 2006 law was passed that mandated disclosure of gender wage statistics. The study found that when companies make salary information available to their employees, this exposes inequalities and leads to a narrowing of the overall gender gap.

The policy also led to more women being hired and promoted at the companies studied. “The law works, but the correction is not happening through women getting higher wages but through companies slowing down the growth of male wages,” Simintzi says.

Despite a heated debate with firms opposing the implementation of this policy, the disclosure mandate had no material impact on companies’ profitability. “Firms argued that the regulation was very costly to implement, but we found no effect on firm performance,” she adds. 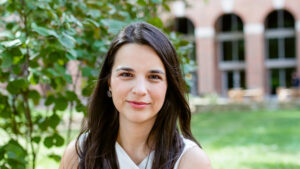 Another study she conducted, along with longtime research collaborator and finance colleague Page Ouimet, examines the impact of the opioid crisis on firm value and investment. This is another excellent example of how her research has a significant outreach to society. In their study, they demonstrate the negative effects of opioid abuse on long-term firm growth and valuation. Surprisingly, they find that firms in impacted areas invest in automation to substitute for labor and mitigate the costs of the reduced labor pool. This finding implies a lasting change in available jobs and firm production in impacted communities, adding to the pile of costs that this pandemic has brought to these areas.

Simintzi’s upbringing in Greece inspired her to pursue ground-breaking research. The southeastern European country has deeply influenced the Western civilization, but more recently it has suffered painful budget cuts, tax increases, high unemployment, as well as falling standards of living and social services.

“When you read the news there’s always a lot of emphasis on those problems, and you wonder what frictions are responsible for those problems and what policies are necessary to address them”, says Simintzi. “Analyzing data can help provide answers. We can learn from the past, and we can change the future”, Simintzi says.

She holds a PhD in finance from London Business School (LBS) and an MSc in economics and finance from Warwick Business School. It was at LBS that she staked out territory for the intersection of finance and labor economics. “This area has grown tremendously, but when I was just starting out in my career there were only a few of us doing research in this field.”

She joined UNC Kenan-Flagler in 2018 from the Sauder School of Business at the University of British Columbia. Both schools were enthusiastic supporters of that burgeoning field of study, she says.

She has deeply appreciated UNC Kenan-Flagler’s culture of intellectual curiosity and the breadth of the finance area’s studies.

“UNC Kenan-Flagler is a very diverse and vibrant place,” she says. “It has a unique culture of research with excellent faculty across fields. And the students have just as many innovative ideas. They are really interesting to interact with.”

She teaches courses in corporate finance to MBA and PhD students, and takes an evidence-based approach, leveraging her pioneering research in the classroom.

“What I’m trying to do is bring a lot of examples to improve the learning experience,” she says. “Students appreciate and enjoy that.”

When she’s not teaching or researching, she enjoys traveling around the world with her young daughter and husband, and catching up on reading about global affairs, which often illuminates new questions that she wants to answer.

“Right now, there is this big question about working from home and what impact it has on firm productivity. I like reading about this idea and thinking about how to bring it to life. As an academic, you never stop thinking.”