This marketing mastermind is helping KFC get its mojo back 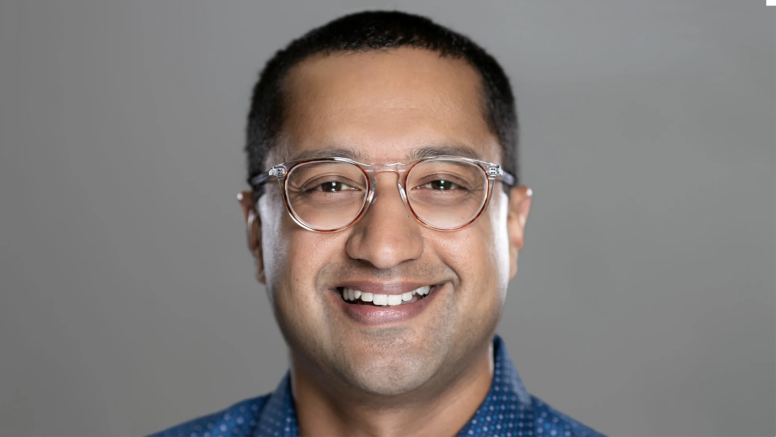 George Felix (MBA ’09) is sparking a revolution – a brand revolution, that is. 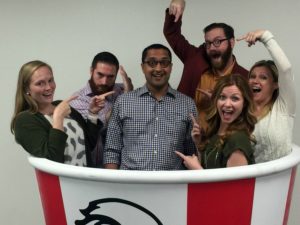 As director of brand communications for Kentucky Fried Chicken (KFC) – a wholly owned subsidiary of Yum! Brands – Felix is responsible for nearly every customer-facing aspect of the brand, from the merchandising and menuboards in restaurants to employee uniforms to television advertising, digital marketing and social media.

Felix is at the helm of an initiative that company leaders believe could be the biggest story in fast food in 2016: the re-Colonelization of KFC.

What exactly does that mean? Simply put, KFC is going back to its roots and doing things the way the Colonel did them – “The Hard Way.” But the iconic brand built by Colonel Harland Sanders doesn’t exactly scream “millennial” – and it’s up to Felix to change that.

The first order of business: bring back the Colonel. Baby Boomers and Gen Xers grew up knowing Colonel Sanders as the face of KFC, but the company shifted away from featuring him in its marketing and advertising after Sanders’ death in 1980. In order for the Colonel to resonate with a younger generation, he needed a modern makeover – but that wasn’t as much of a stretch as you might think.

Sanders may have portrayed the Colonel as a grandfatherly figure in a white suit, but in real life he was a cantankerous, driven serial entrepreneur and salesman. He was edgy, he was authentic and he owned it – and that’s just the kind of thing that resonates with millennial consumers.

KFC’s reimagined Colonel is, in many ways, a throwback to the real deal. The company enlisted creative powerhouse Wieden+Kennedy to create the campaign that would introduce the new Colonel to the world. Plans were already in motion when Felix joined Yum! Brands in May 2015, and he hit the ground running. By his second day on the job, Felix was on-set filming the commercial that would mark the return of Colonel Sanders in KFC’s advertising after a more than 20-year absence.

Most people would find diving into a high-stakes trial-by-fire situation more than a little intimidating – but this wasn’t the first time Felix helped transform an iconic but aging brand.

A change of plans 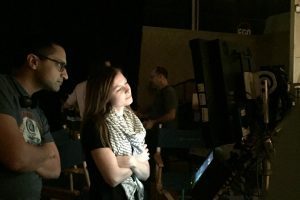 George Felix (MBA ’09) on the set of a KFC commercial shoot.

Felix hadn’t planned on pursuing a business career. When he began classes as an undergraduate at the University of Notre Dame, he intended to follow in his father’s footsteps and pursue a career in medicine. As the son of Indian immigrants, he figured that was what was expected of him. But when he failed a chemistry exam during his freshman year, Felix realized that medicine wasn’t for him and changed majors.

After earning his bachelor’s in management information systems, he worked as an IT project manager at Abbott Laboratories. Eventually, he realized his heart just wasn’t in it and decided to pursue an MBA to help him transition from a career in IT to a career in marketing. To his surprise, his father wasn’t disappointed. He encouraged Felix to pursue new opportunities.

“That thought from my dad stuck with me,” he says. “He told me to find something I’m passionate about and not to settle.”

With his father’s blessing, Felix pursued a career change – and that led him to Chapel Hill.

Felix developed an interest in marketing during his first year in the full-time MBA program at UNC Kenan-Flagler, where he served on the Marketing Communications Advisory Board and on the Marketing Club Executive Committee. That experience helped him land an internship with Procter and Gamble’s (P&G) Old Spice brand – an opportunity that would become the launching pad for his marketing career.

Interning with the brand management team gave Felix hands-on, real-world experience building and executing campaigns, as well as exposure to different stages of the creative development process. While many brands leave the creative to their ad agencies, that wasn’t the case with Old Spice.

“I was kind of shocked to hear that brand representatives often don’t attend commercial shoots. It just didn’t make sense to me,” says Felix. “Thankfully, Old Spice didn’t take that approach. My brand manager had me go on a commercial shoot as an intern.”

The P&G team was so impressed with Felix that they offered him a full-time position and tapped him to shepherd the resurgence of the Old Spice brand.

You’re probably familiar with some of his early work. Remember the “Smell Like a Man, Man” commercial? You know, the one with a buff, shirtless Isaiah Mustafa gazing into the camera exclaiming, “Hello, ladies!”

Yep, that’s the one.

The campaign was one of the first Felix worked on after joining the Old Spice team. A few months after graduating from UNC Kenan-Flagler, he found himself at the helm of it all. He led the campaign from idea to execution, working closely with Wieden+Kennedy – the same agency he’d go on to work with at KFC – on the creative. He also led the digital marketing strategy and created the brand’s first social media strategy, which included launching the Old Spice Facebook page, Twitter handle and YouTube channel to engage with consumers.

The campaign also earned critical acclaim. It won the industry’s highest honor, the Cannes Lion Film Grand Prix – P&G’s first win in 50 years – as well as the company’s first-ever Emmy for Best Commercial. The campaign was so successful that it’s now commonly used as a marketing case study.

Felix’s innovative spin on brand marketing changed the game – literally. Building on the success of his first campaign, he led the creation and launch of Old Spice’s “Dikembe Mutombo’s 4 ½ Weeks to Save the World” – a real-time, interactive video game with new levels released weekly based on what happened in pop culture that week – and “Terry Crews Muscle Music,” a never-been-done-before digital experience that allowed users to create their own music videos by controlling the Old Spice spokesman’s muscles.

Given Felix’s success in reviving P&G’s Old Spice brand, it should come as no surprise that Yum! Brands tapped him to work his magic on KFC.

“Old Spice and KFC are both iconic brands, but they’d lost their way. They both walked away from their heritage and tried to do some different things, only to realize that they needed to focus on getting back to their roots in order to appeal to a new generation,” says Felix. “At KFC, we created a brand positioning that actually celebrates its heritage – with a modern twist, of course.”

The KFC brand refresh includes remodeling restaurants across the U.S., a renewed focus on quality and customer service and the return of Colonel Sanders, played by celebrities Darrell Hammond, Norm Macdonald and Jim Gaffigan.

The new Colonel is everywhere, from Super Bowl commercials to Snapchat. “I have no doubt that the original Colonel Sanders would be all over social media if he were around today,” says Felix. “He was the consummate show man.”

While not everyone is a fan of KFC’s sassy new spokesman, the strategy is working. For the first time in over a decade, KFC has had seven consecutive quarters of same-store sales growth. It’s a positive sign, but Felix knows his work is far from done. In today’s always-on, social media obsessed society, KFC – and every other brand – has to fight harder than ever to win the eyes, ears and hearts of consumers.

“I don’t think there’s been a disruption like this since TV first came on the scene,” says Felix. “What keeps me up at night is the battle for people’s attention. Humans now have a shorter attention span than goldfish. For someone who does advertising for a living, that’s a pretty scary thought. How do we cut through the seemingly millions of options the consumer has and deliver a message that makes them think and feel differently about KFC?”

That challenge is one of the reasons Felix maintains a more hands-on, collaborative approach with his creative team.

“Managing the relationship with the creative agency is probably the most important part of my job,” says Felix. “I believe that Wieden+Kennedy is the best creative agency in the world. My general rule is to let them do what they do best: make breakthrough, shareable advertising that builds great brands.”

But he’s not afraid to push back if he doesn’t think an idea will work for the brand. Sometimes, the creatives push back on him – and that’s a good thing.

“It’s important that we have open and honest dialogue,” says Felix. “If you don’t have those tough conversations, those disagreements, then I don’t think either side is pushing hard enough.” 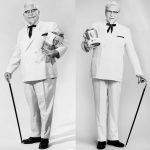 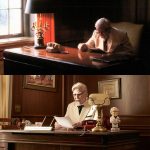 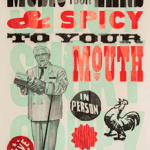 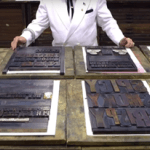 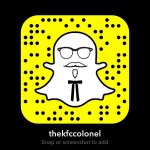 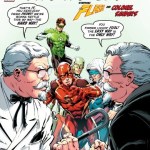 Staying open to new ideas has paid off for KFC. The brand embraces unique opportunities to break through to customers – such as collaborating with Waze – a popular navigation app – to give users the option of hearing their turn-by-turn directions in Colonel Sanders’ voice, partnering with Nashville’s legendary letterpress studio Hatch Show Print to support the launch of KFC’s Nashville Hot Chicken and partnering with DC Comics to have the Colonel appear in a comic alongside The Flash and Green Lantern. 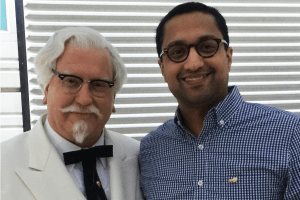 Less than seven years after discovering his passion for marketing at UNC Kenan-Flagler, Felix has led two successful, high-profile campaigns to revitalize aging, iconic brands and racked up a slew of awards, including several Cannes Lions, Effie awards and an Emmy. And in 2016, he was recognized as one of the bright young minds who are reinventing and reshaping the future of marketing by Ad Age.

Now that’s what we call ROI.

“My experience in the MBA program was critical to my success in making an impact so soon in my career,” says Felix. “UNC Kenan-Flagler really prepares you to be a leader from day one.”

The School’s emphasis on leadership and collaboration is crucial to succeeding in the real world, he adds. “Textbooks and lectures can only take you so far. UNC Kenan-Flagler puts you in situations where you have to learn how to work with people from diverse backgrounds and find a way to lead those people to achieve a common goal.”

Felix has already achieved monumental success on two of the world’s most iconic brands – and he’s just getting started.

As for what the future holds, one thing’s for certain: if the second decade of his career is anything like the first, he’s going to need a bigger bookshelf.