The impact of public tax disclosures Down Under 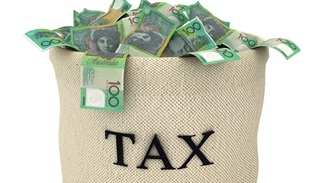 There’s a perception in the U.S. and around the world that some companies don’t pay their “fair share” of taxes. Tempers can flare and protests ensue when large, successful companies are outed as not paying any – or enough – taxes.

Policymakers in the U.S., Europe and elsewhere sometimes tackle the issue by requiring companies to disclose more information in their tax filings. And they’ve gone farther in some cases, requiring public disclosure of tax information. The idea is that greater transparency might create more accountability – potentially by putting firms under great public pressure to change some tax practices.

Legislation requiring public disclosure of corporate tax information has been discussed in some circles. “Globally, there are a lot of countries requiring different disclosures of companies,” says Jeff Hoopes, assistant professor of accounting at UNC Kenan-Flagler Business School.

But evidence about the effects of public disclosure of tax information is limited, Hoopes says.

To examine the effects on consumer sentiment, investor perceptions and companies’ tax-paying behaviors, he examined changes in Australia, which had enacted new laws requiring public disclosure of certain tax information, including how much they pay in taxes, in 2013.

Hoopes, along with Leslie Robinson (PhD ’06) at Dartmouth University and Joel Slemrod at the University of Michigan, obtained both publicly disclosed and aggregated information for Australian businesses from 2011-14. They not only evaluated the impacts on companies that disclosed tax information, but also evaluated how companies not subject to disclosure behaved, perhaps in response to the threat of tax information disclosure.

The Australian parliament passed legislation that required public tax information disclosure for companies of a certain size in 2013. In December 2015 the first wave of disclosures took place for the 2013-14 tax year, with foreign-owned private firms and Australian public companies with more than AUD $100 million of “total income” subject to disclosure. Most foreign-owned companies are subsidiaries of large, publicly traded multinationals.

Three months later, in March 2016, Australian-owned private companies with more than AUD $200 million were subject to the same disclosure.

The team also looked at taxes paid by firms above and below the threshold levels. Private firms tended to pay slightly more taxes, while public firms slightly less. That might reflect the pressure listed companies face from investors to minimize tax expense.

Another question for the researchers was whether some companies might face a reputational backlash after disclosing tax information. Would consumers be angry if they thought companies weren’t paying their fair share of taxes?

Hoopes and his colleagues used data from YouGov, a market research firm, to examine consumer sentiment toward some 230 global brands doing business in Australia to see if the companies’ tax disclosures affected public opinion. To assess changes in consumer opinion they used data gathered between June 2015 and June 2016, before and after data was disclosed in December 2015.

To assess the effect on private companies, they designed and administered online surveys before and after the release of the tax information on March 22, 2016.

For large global brands, tax disclosure had no impact on consumer opinions. For private Australian companies, there was a small negative impact.

“It was somewhat surprising how little an effect it had,” Hoopes says. “It didn’t seem to bother consumers all that much.”

Since those first disclosures in 2015 and 2016, there’s been less news coverage of subsequent disclosures, again suggesting that, for the most part, consumer sentiment is generally not affected much by disclosures of tax information.

To determine how investors reacted to the prospect of tax information disclosure and actual disclosures, the researchers examined market returns in three-day windows around two critical dates. They looked at April 3, 2013, when the draft legislation first included the thresholds that determined which firms would be subject to disclosure, and Dec. 17, 2015, when the Australian government first made available tax information about 1,538 of the largest companies in the country.

On both dates, there was significant negative reaction in the stock market for firms that weren’t paying taxes. An analysis of several variables affecting stock market prices, Hoopes says, suggests that investors were most worried about policy backlash against the companies — the possibility that the government would change the tax laws to increase taxation of companies that were paying no taxes.

The worry about a policy backlash could have been justified. Australia has instituted a diverted profits tax, effective July 1, 2017, a 40 percent charge on profits the government deems to have been reported outside of Australia by Australian companies via tax avoidance arrangements.

For companies, the research suggests that tax disclosure requirements can have an impact on businesses even when they aren’t subject to the disclosure. But whether it actually improves tax compliance by companies is another question.

“Australia decided to do this,” Hoopes says, “but they never actually accused these companies of doing anything wrong.”