The art of depicting economic reality 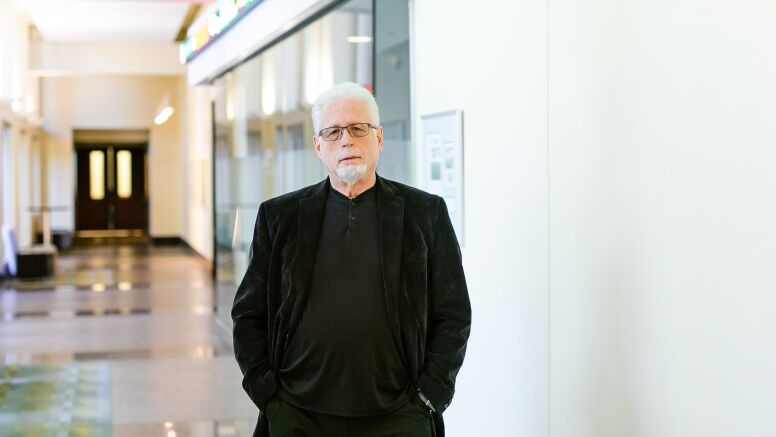 The yin-yang symbol is on the cover page of Robert Bushman’s teaching notes for his accounting class. A circle divided in two halves by a curved line, it expresses the Chinese philosophical principle of dynamic balance between interdependent opposites.

Dynamic balance also underpins the fundamental equation of accounting: assets = liabilities + shareholders’ equity. This means that assets are balanced against economic claims on those assets by creditors and owners.

As a college student in the early 1970s, without a major, he hit his calling in life by taking classes at random. “It was a very crazy time, a couple years earlier we had the big anti-Vietnam war riots at U.S. universities,” says Bushman. “There was a lot of wild experimentation going on.”

Accounting instantly resonated with him, he says. “When I started doing it, I just seemed to know it already.”

He made it his major and, after graduating from Ohio University, Bushman landed a job at one of the best accounting firms in the country.

He left public accounting, however, to pursue self-discovery. He travelled across the country with a band of serious martial artists, managing their public performances in a production called “The Amazing Martial Arts Show.”

“I lived almost exclusively out of a tent, reading books, studying martial arts, keeping a journal and just soaking up experiences,” says Bushman.

The gig paid poorly, so after a while he took a job as an internal auditor. Yet he “found the work less than interesting, which is an understatement.”

He pondered a future as an educator and decided to pursue a PhD at the University of Minnesota.

There he developed a passion for research, having met a professor who was conducting experiments using pigeons to see if they would diversify risk based on pressing buttons with different probabilities of receiving food. “It was beyond intellectually stimulating,” Bushman says, “so I got drawn into research.”

After earning his PhD, he joined the faculty at the prestigious University of Chicago where he spent more than a decade researching and teaching. There came a point where it was time to move on, and he searched for his next career move. 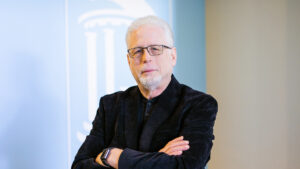 That’s when the offer to join the UNC Kenan-Flagler faculty emerged. Bushman was sold on the intellectual horsepower of the professors at UNC and the envious lifestyle perks of Chapel Hill.

“I live on seven-and-a-half acres of land in an oak forest,” he says. “And while Chicago has all those Nobel Prize winners, I don’t feel like I’m missing out on anything, given the caliber of my colleagues and the way UNC Kenan-Flagler has supported my research. The whole setup is top-notch.”

Bushman is a productive scholar at the Business School, where he served as chair for the accounting area for 16 years. His research has been extensively published in leading academic journals and presented at conferences and seminars around the world. His work was honored by the Weatherspoon Award for Distinguished Research at UNC Kenan-Flagler.

One striking example is his paper “Bank CEO Materialism: Risk Controls, Culture and Tail Risk” in the Journal of Accounting and Economics.

Using background data purchased from private investigators, he and his colleagues found the proportion of banks run by materialistic CEOs (those who bought luxury cars, yachts and prime real estate) increased significantly from 1994 to 2004, coinciding with major bank deregulation.

Bushman presented the research to a large audience of academics, banking economists and regulators at the New York Fed.

“It was exciting to capture this macro-phenomenon where the entire industry appeared to transform its value system, which led to weaker risk control and either unleashed or attracted people who were more ruthlessly opportunistic,” he says. “What can be more cruel than exploiting bailout money for your own personal trading benefit when the country is bleeding?”

His research informs his teaching, which is currently focused in the Evening Executive MBA and Weekend Executive MBA programs, programs for which he served as faculty chair.

He constantly strives to keep the subject matter fresh and injects energy into his sessions using interactive elements facilitated by innovative technology. New for fall 2022, the professor will teach in the Charlotte Executive MBA Program.

“Accounting is age-old, but the new Charlotte program has motivated a complete redesign of our Executive MBA courses,” Bushman says. “This gives me an opportunity to reinvent both my course and myself as a teacher. With the help of the UNC team, I am really focused on powering up the learning experience.”

While he has no illusions that all his students find accounting fascinating in and of itself, they do find the fruits of accounting knowledge to be valuable “I hear back from students telling me how the class has opened up a world of financial insights to them and benefited their careers,” says Bushman. “A business is a complicated, teeming ocean of economic complexity. And in a sense, accounting is the art of depicting economic reality.”

Bushman is an award-winning teacher, having been recognized for both MBA and PhD teaching. At Chicago, he received the McKinsey Award for Teaching Excellence in 1992.

Still winning awards today, He received the Weatherspoon Awards for Teaching Excellence in both the MBA and PhD Programs at UNC Kenan-Flagler, and the Distinguished Teaching Award for Post-Baccalaureate Instruction, a University-wide teaching award.

But he stays humble. “You just grind day in and day out, and it’s always really gratifying that people are willing to put in the energy to nominate you and work to get you an award.”

“Deep internal awareness and resolution of imbalances are proving to be very beneficial to my life and energy levels,” he says. “I’m not a really young guy at this point, but I still teach young people and I still research and present my stuff at the best universities. It requires energy.”