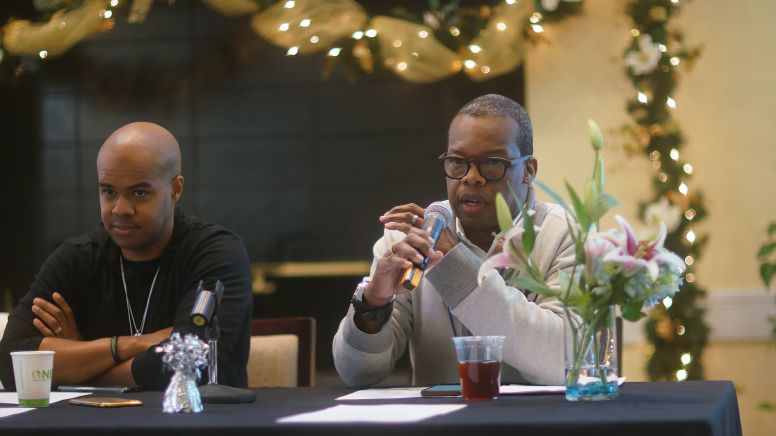 We’ve all passed out business cards to people we meet at networking events and conferences. We’ve sent nonpersonalized LinkedIn requests hoping that a new opportunity might present itself through a new connection.

Think about it: Have any of those business cards or requests actually worked? Probably not. That’s because something is missing – a relationship.

It’s a message that D. Keith Pigues (MBA ’93), founder and CEO of Luminas Strategy, often shares, including at our Diversity Conference. His message: “Stop networking and start building relationships.”

It’s not about knowing lots of people

“When I lead sessions on career success, I ask if people believe that the following statement is true: career success is about who you know?” About 85 to 90 percent of the people in the audience typically raise their hands.

But success is not about who you know, it’s about who knows you and what they’re willing to say and do on your behalf when it matters, says Pigues.

“First and foremost, people can’t really vouch for you, support you, assist you and give you guidance if they don’t know you.”

And what does Pigues mean by “know you”?

“They have to know something about you as a person. They need some knowledge of who you are, what you stand for, what you’re passionate about,” he says. “It’s also about them knowing what your skills and talents are and the experiences you’ve had. If people don’t know these things about you, they can’t help you.”

Networking” has gotten out of hand, says Pigues. People spend a lot of time, energy and effort doing what is called “networking” but they’re not entirely sure why they’re doing it.

It doesn’t work that way. “You can show up to events over and over again, as many people do, but it doesn’t change the outcome,” he says. In many cases, people might leave a networking event feeling let down or disappointed.

“Sometimes we don’t fully appreciate the value of building relationships or we want quick fixes to whatever our situation happens to be,” Pigues says. He instead suggests sharing your strengths and areas of development, being honest about your skills and capabilities and being vulnerable. Doing these will start the process of building a relationship, which will take time and investment on your part.

Some people find it hard to invest the time required to build a relationship, but that’s the challenge. “It takes work, it takes commitment, it takes time and energy,” Pigues says.

And it’s not just about building relationships; it’s also knowing and understanding the types of relationships that are valuable as they relate to career success.

“It’s not a fly-by-night relationship. It’s not transactional. It really is a relationship that has to span the course of time, that has to develop naturally and be mutually beneficial and rewarding,” Pigues says. Many people underestimate the magnitude of the request when they ask people to help them get a job or connect them with a colleague who can help them find a new career. If a person doesn’t know you or what you can bring to the company or position, they can’t really vouch for you. After all, the person is putting their own career and reputation on the line for you.

“Sometimes people only think about their own self-interest and that’s not the way you build a relationship,” says Pigues. You should think of it as a big investment decision.

The next time you’re at a networking event, remember that it’s more than passing out business cards. Take the time to introduce yourself, start a true dialogue and commit to invest time and energy with people whom you might want to build a career relationship.