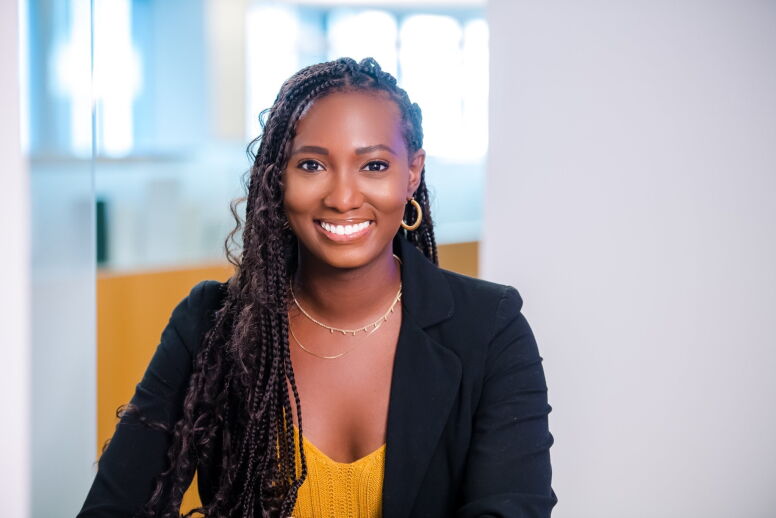 To look at the resume of Chelsea Gardner (MBA ’20), you’d think that success has always come easily to her.

She was valedictorian at North Carolina State University, had a successful career in public relations and held leadership roles in the Full-Time MBA Program at UNC Kenan-Flagler, where she concentrated in marketing and sustainable enterprise. 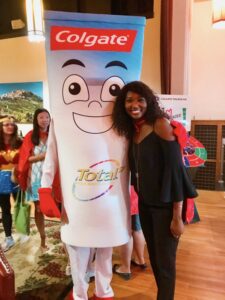 Gardner works for Tom’s of Maine, a subsidiary of Colgate-Palmolive. The company’s mission is to “Do good. For real.” The company has been producing natural, environmentally friendly health and wellness products since the 1970s and aims to “walk the walk” when it comes to sustainable business.

But far from seeing her own success as an inevitability, Gardner is reflective about the pathways she has taken to get to where she is now, and the lessons she’s learned about seizing opportunities along the way during her MBA studies at UNC Kenan-Flagler.

A North Carolina native, she worked for the world’s largest PR firm, Edelman, in Chicago before she started her MBA studies. After a rotational program where she worked on communications in sectors including digital, healthcare, new business and influencer strategy, she took up a role as a health media specialist.

She flourished in the role, working on disease awareness communications, media outreach and campaigns around women’s and sexual health. She realized that consumer packaged goods in the health and wellness space were the ideal playground for her to hone her brand-management skills while creating a positive impact, and she wanted to push her career further.

It was around this time that she started to consider going back to graduate school. She connected with a mentor who introduced her to the Consortium for Graduate Study in Management and shortly afterwards her path to business and UNC Kenan-Flagler was set.

The Consortium is the largest diversity network in the U.S., aiming to increase the presence of underrepresented populations at universities by connecting top students to MBA programs and corporate partners.

When she looked into the Consortium’s work, Gardner realized that it fit her goals perfectly, giving her not only a built-in network of other students, but also access to potential employers she might not have had otherwise. 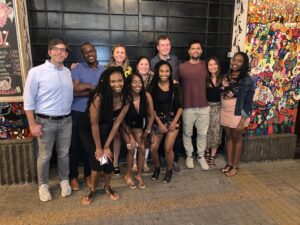 “For me, Consortium is the reason that I connected with Colgate-Palmolive, so I have them to thank for launching my career,” she says.

Not only that, but pursuing an MBA presented an opportunity to gain the kind of business savvy that the brand managers she had worked with in her previous roles had, which ultimately would allow her to take on more core brand responsibilities.

In 2023, UNC Kenan-Flagler celebrates 50 years of being a Consortium member and Gardner says her time as a Wallace L. Jones fellow and chapter president was one of the most influential parts of her business school experience.

“The tools, the resources, the network the Consortium gives you are unmatched and I continue to have really strong relationships that stem from it. Just being able to have that honor behind you means a lot. Consortium adds so much value to who you are and how you show up in a room.”

Learning to advocate for herself

Having a target career and even a specific employer in mind gave Gardner her “due North” to aim for once she enrolled at UNC Kenan-Flagler, guiding her as she explored classes in areas of business she hadn’t previously considered.

She reflects that studying topics such as sustainable enterprise, greenwashing and environmental justice opened her eyes to the numerous ways in which businesses can create a positive impact and helped her hit the ground running after graduation. 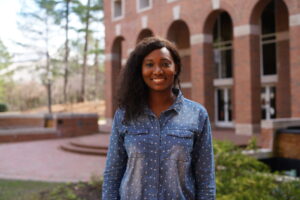 “While I feel there’s still a huge learning curve when you get into an organization that’s focused on sustainability, taking those courses at UNC Kenan-Flagler helped me to look at business through a different lens,” she says.

However, it was the so-called soft-skill modules that transformed Gardner’s business acumen. The negotiations class, for instance, made an impact.

“It was a quick course but the tools that I learned there have helped me over and over again in advocating for myself,” she says.

“A lot of the time, the things you have to know to do your job successfully you’ll learn on the job, but networking, negotiations, advocating for yourself – some of those are not intuitive, you have to practice to do it confidently, and it makes a world of difference in your career.”

As well as honing her networking and negotiation skills inside the classroom, Gardner took advantage of as many opportunities as possible to practice them outside class. As well as  Consortium she was an MBA Ambassador, learning and development VP for the Alliance of Minority Business Students, an admissions advisory board member, a career mentor and a Business Communication Center consultant.

Her advice to students to follow her example is simple: “Raise your hand.” 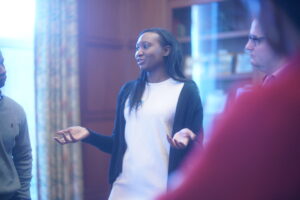 “It’s so important in business school to get involved outside of academics,” Gardner reflects. “You have two years to test out what you’re interested in and try on different hats. Leaning into new experiences made my business school experience richer and more profound.”

One key way UNC Kenan-Flagler facilitated this for Gardner was helping her form close bonds with her MBA cohort.

“UNC really fortified my networking skills,” she says. “I’m unafraid to give my pitch, I’m unafraid to walk into spaces and show what my value add is – which is not something that a lot of people feel comfortable with!”

One notable example of UNC Kenan-Flagler’s experiential opportunities are exchange programs where students learn in other countries.

Gardner headed to South America, her first ever study abroad experience. She studied at Universidad Torcuato Di Tella in Buenos Aires and Pontificia Universidad Católica de Chile in Santiago. As well as learning about and engaging with how businesses operate in another country, she sharpened her Spanish skills, explored new places and built stronger bonds with her classmates.

Looking back, she believes the trip showed the impact that UNC Kenan-Flagler’s collaborative environment has on students, even outside the boundaries of campus.

“UNC Kenan-Flagler has a reputation for being a collaborative community and we’re able to easily move into different spaces and get to know other folks,” she says. “I love that about UNC people.”

The global studies made her excited to return to campus and dig down into her final semester of networking with classmates. But then something unexpected happened.

While she and her fellow MBAs were studying abroad, the COVID-19 pandemic had reached the U.S. They ended their trip early and within two weeks were living in lockdown.

“Coming back from South America to the world on lockdown and a virtual school environment was tough,” she says. “But because of our online MBA@UNC program, it was a quick transition, very seamless and when I went into the work world I felt prepared to work virtually.”

It showed. In September 2020, Gardner joined Colgate-Palmolive’s global marketing development program, and after one year became an associate brand manager for Colgate’s Suavitel brand. She joined the Tom’s of Maine team as brand manager of personal care in October 2022.

Saying yes, even when it’s not part of the plan

Gardner’s advice to MBA applicants with similar ambitions is to seize opportunities, even if they contradict the plan you made for yourself.

After all, when Gardner joined UNC, she imagined working at Colgate-Palmolive in New York, and could have been quite happy staying on that path indefinitely. However, being open to the change that Tom’s of Maine offered her has brought her new challenges and opportunities to grow.

It helps to start this habit as early as possible, and preferably in a supportive environment like UNC Kenan-Flagler. Gardner says being given the opportunity to network with so many social enterprises during her time in the MBA program helped her recognize her love for business with a social purpose and helped empower her to make leaps in her career.

Now, she’s proud of the work she’s doing and of the professional she has become in the process. 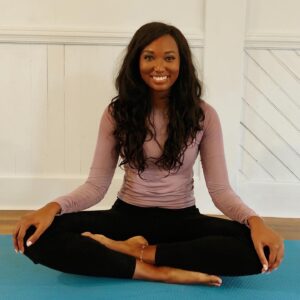 Always looking for new growth opportunities, Gardner became a certified yoga teacher and has taught in a local studio and at the YMCA in her hometown. She writes on LinkedIn that she “enjoys broadening access to yoga while intersecting her passion for DEI and wellness by advocating for more melanated voices and representation on the mat.”

Gardner stays involved at her company outside of a formal work, taking on leadership roles in several employee resource groups with the DEI recruitment team, Literature Club and Black Leadership Network. “I’m just really excited about the direction that things are going in my career,” she says, “and that when opportunities came my way, I had the courage to raise my hand.”