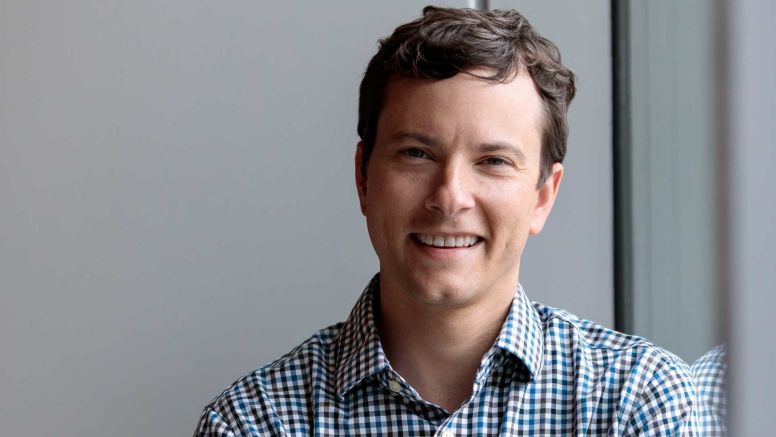 John Gallemore’s research has taken him all across the world, from presenting at the University of Oxford to European banking conferences in the Netherlands to attending colloquia in Paris and Sydney.

And that’s all before he completed his PhD in accounting at UNC Kenan-Flagler. He also has presented on corporate taxation and banking regulation at dozens of top U.S. universities and gone before regulatory agencies such as the FDIC and the Federal Reserve.

He is continued his research at the University of Chicago Booth School of Business, where he joined the faculty in July 2014 and was promoted to associate professor of accounting in 2019. In 2021, he came home to Carolina to join the UNC Kenan-Flagler faculty.

Gallemore (BSBA ’05, MBA ’09, PhD ’14) began his academic career at UNC Kenan-Flagler in the Undergraduate Business Program. After he graduated with a double major in business and political science, he worked at Navigant Consulting, Inc.

“Consulting is very interesting because you get into a project and there are lots of questions that need to be answered,” he says. 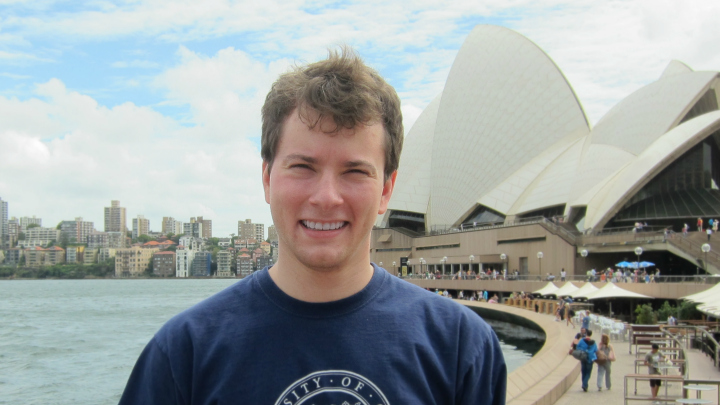 But he wanted to choose his projects and see them through from beginning to end. He returned to UNC Kenan-Flagler in 2007 to attend the full-time MBA Program. Classes on taxes and accounting attracted him from the start. He attended conferences and seminars, spoke with professors and sat in on PhD classes.

“They were fascinating,” he said. “I had no clue what anyone was talking about, but I knew I wanted to learn more.”

In 2008 — a year into his MBA — the financial system crashed, which brought the many problems with firms’ accounting practices to the forefront. This sealed the deal for Gallemore: He was going to get a PhD in accounting.

Soon after he received his MBA with a focus in corporate finance – and graduating first in his class – he joined UNC Kenan Flagler’s PhD accounting program. He started doing research on banks’ accounting practices, and learned from tax experts like Doug Shackelford, Meade H. Willis Distinguished Professor of Taxation and now dean, and Ed Maydew, David E. Hoffman Distinguished Professor of Accounting.

“I’ve been looking at regulation in light of the financial crisis,” he says. “A lot of people were talking about what we can do to mitigate the chances of this happening again. We had all these interesting questions that people didn’t have answers to.”

Gallemore tries to answer some of those questions. “I like research that has practical implications,” he said. “Some research is just academics talking to other academics. Specifically with banking research, we’re trying to make banks safer, better.”

Gallemore’s dissertation explores that very question. He finds that during the financial crisis, banks that were less timely in recognizing losses were less likely to experience a regulatory intervention. Evidence points to this relation being driven by regulators preferring to avoid intervening into these banks, rather than being unaware of the problems in those banks.

Poets & Quants selected him as one of its “2019 Best 40 Under 40 Professors. The news site reported: “I’m nominating John because he’s an outstanding professor of an ostensibly boring subject,” one nominator said. “He teaches Cost Analysis and Internal Controls (essentially managerial accounting); I took it as part of a graduation requirement, but am surprised that it’s been one of my favorite classes at Booth. He leads engaging case discussions, and is always willing to challenge answers — and tells jokes throughout. Aside from his sense of humor, he clearly explains the material and always welcomes questions.”

When Poets & Quants asked Gallemore which professor he most admires, he answered with two names: “Eva Labro, a co-author, and Ed Maydew, my advisor at UNC, have been instrumental in my development as an academic and as a teacher. Even now, they are willing to talk to me on a moment’s notice and give advice, or spend hours looking over my newest research idea or paper. I can’t imagine having better mentors and friends.”

He continues to collaborate on research with both professors. Most of his work is in the tax area, his interest piqued by doctoral classes with Shackelford and Maydew.

Gallemore examines factors that aid corporate tax avoidance, an important topic given that cross-border income shifting has been on the rise for many years and IRS resources have decreased. How internal information systems aid firms in avoiding taxes was the subject of a study with Labro, and he explored the role of banks in corporate clients’ tax avoidance with Maydew and Brandon Gipper of Stanford. Both studies were published in premier accounting journals. 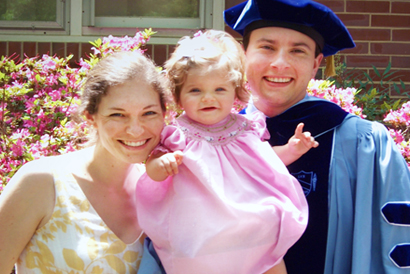 He’s earned academic honors from the very start. While in the PhD Program, he received one of just 10 Deloitte Foundation Doctoral Fellowship Awards in 2012, and he served as the American Accounting Association’s representative at the 2013 European Accounting Association Doctoral Colloquium in Paris. While at Chicago Booth he received the Emory Williams Award for Teaching Excellence, which he was voted on by Booth students across all three MBA programs.

Gallemore credits much of his success — including his first academic job at Chicago Booth, a top business school known for rigorous research — to the support he’s received from UNC Kenan-Flagler faculty. His professors and mentors pushed him to go to conferences, pursue research opportunities and helped in his job search.

“For the type of research I’ve done, I’m not sure that there’s a better place to have done it,” he said. “I wouldn’t have landed that job at Chicago without UNC Kenan-Flagler – The opportunities, the support from the faculty made it possible.”