Skip to content Skip to Programs Navigation
Investing for change 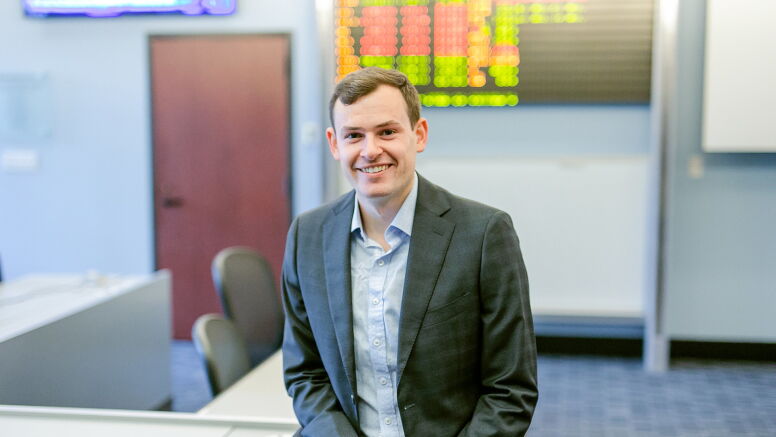 He works as an equity research analyst at Thornburg Investment Management, integrating ESG factors that can materially impact the investment outcome, and establishing opportunities for company engagement.

“Responsibly managed capital can make a big difference in the world,” says Johnson, who is based in Albuquerque, New Mexico.

Investing within an environmental, social or governance (ESG) framework is the fastest-growing segment of the asset management industry. In a previous job at FactSet, a financial data provider, Johnson published research that confirms the widely held belief that ESG investing delivers above-market returns.

Such studies have helped open the floodgates to ESG investing, with funds attracting billions of dollars of inflows. But Johnson argues that investors should be open to non-financial reasons, and reallocating capital towards responsible corporations and engaging with other firms to encourage them to change their ways.

“I originally thought if you just buy companies that are doing the right thing or invest in an exchange traded fund that’s going to save the world. I don’t really believe that anymore,” he says.

In an actively managed portfolio of investments, he says “the real value is that you can get face time with the management teams and interact with boards of directors, vote in proxy votes,” which give shareholders a say on the big issues that impact a company’s financials.

While studying finance at Elon University, Johnson carried out research on activist investing, which involves buying a stake in a company and then pushing for change.

“The research I did was about how even at a very small scale, an activist hedge fund can impact individual names by influencing bigger passive shareholders,” says Johnson. “The result is that major firms can be seen incorporating ESG principles into everything they do. And I think over time, that’s going to lead them on better paths and help nudge society closer to a better future.” 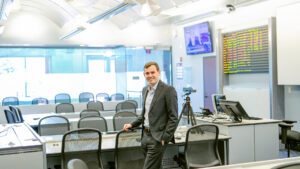 Johnson’s first experience with markets was in eighth grade during the 2008 global financial meltdown. “What I realized is that it was one field that touched everyone. I really liked the way markets can really drive all areas of business and the economy. And I thought that was unique. And I couldn’t find another career where you can have such a direct impact on the world.”

While other kids were playing computer games, Johnson started playing stock simulations. “I really just got hooked by it,” he says.

After graduating college, he joined FactSet but soon discovered that he wanted to be closer to those making the investment decisions, rather than merely making recommendations to buy-side firms such as Thornburg.

So he decided to earn his MBA. “I really, really wanted to be doing what my clients were doing. I talked with a lot of my mentors in the Boston area, and pretty much universally the feedback was that going back to business school would be the fastest way to make that transition.”

At UNC Kenan-Flagler, Johnson took the Capital Markets and Investment Concentration as part of his MBA, which prepared him for positions on the buy and sell sides of investment management.

The Fundamental Investing Practicum taught him about how companies going through transitions often have a hard time communicating that to the investor community and their share prices are punished for it.

The practicum was led by Jim Jones (MBA ’06), a partner and portfolio manager at William Blair in Chicago, who helped Johnson prepare to pitch an under-loved stock – Crown Holdings, an American company that makes metal beverage and food cans – in his job interview at Thornburg, where he interned over the summer.

“That was really helpful when it came to getting my internship,” says Johnson.

He served as the president of the Investment Management Club. The club now has 20 members, compared to a handful when Johnson first enrolled at the School. He tapped the UNC alumni network – as well as the Kenan Institute for Private Enterprise – to provide opportunities for students to interact with leading employers and learn practical insights about potential careers.

“The Kenan Institute had some of the strongest relationships with hedge funds and private equity firms of any school I’ve ever talked to,” Johnson says.

As a student leader, Johnson worked closely with Professor Ric Colacito and Pramita Saha, director of student and alumni engagement, to help shape initiatives of the relaunched Center for Excellence in Investment Management.

He also served as co-chair of the Alpha Challenge, one of the world’s premier investment pitch competitions, which is hosted by UNC Kenan-Flagler and has become a primary interview hub for investment management recruitment.

During his tenure, the Alpha Challenge added the fixed income bracket on top of the well-established equities competition and included a requirement that each three-student team must have one female team member, raising the participation rate of women in competition from 20% to 40%. 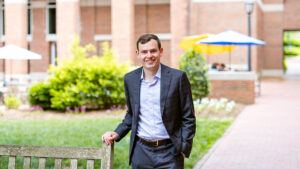 Johnson has worked hard to improve the diversity of the Investment Management Club’s members and leadership, by co-sponsoring events with the affinity groups at UNC.

“The second you explain what it is and the lifestyle, a lot of people are really interested in the space,” he says. “By having those conversations with students, we were really able to make a big push for diversity, which we’re really proud of.”

Above all, the most important thing he gained from the MBA were core skills in financial modeling and financial statement analysis. He says many people who want to work in ESG investment tend to ignore these core finance skills, but they are the bedrock for a successful career in this space – and they are needed to stamp out corporate greenwashing.

“But if you’re willing to put the time and energy and really do the digging and the hard work on it, you can get below the surface and understand those issues. And that’s where I think you can have the biggest impact as you transition from student to investor.”