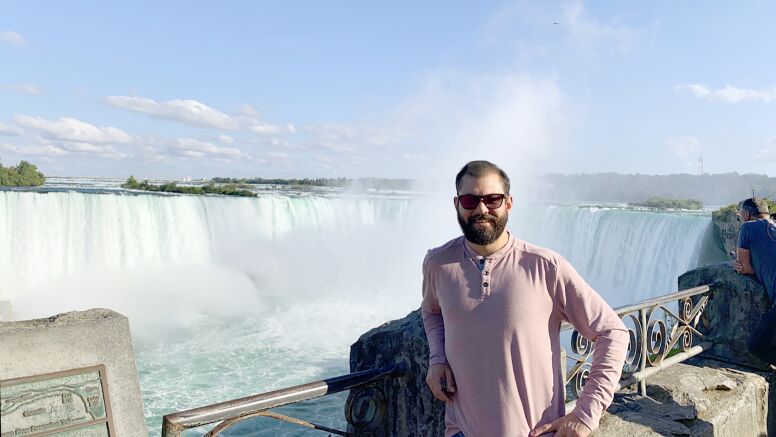 Chance Cobb (MBA ’13) has always had an affinity for the outdoors and an adventurous spirit.

One of his most formative childhood memories is river rafting the Grand Canyon, through famous rapids to secluded waterfalls and camping under a canopy of stars in Arizona.

“I spent most of my time outside when I was growing up in Colorado, and I want to protect the natural environment by finding sustainable energy solutions,” he says.

Cobb saw the energy storage market as an avenue for tackling environmental sustainability, and in 2019, he co-founded blip energy. The company seeks to usher in a green revolution by making battery power cheaper and more accessible to a wider demographic. 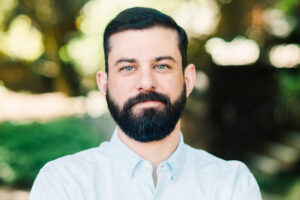 He first identified the need for what would become his business while working as a political advocate for General Electric in Washington D.C. in 2007. He saw planning delays and inadequate investment in electricity grids and believed grid infrastructure would be the next frontier in green energy. After the 2008 financial crisis, the federal government pumped over $90 billion into clean energy sectors with direct funding and tax measures as part of the American Recovery and Reinvestment Act.

When that failed to bring about the green revolution many hoped for, it prompted Cobb to ask: “If we had this massive blank check to solve energy infrastructure issues and we didn’t achieve it, then what would it take?”

He left his government relations job in search of a role in the clean energy sector where he could have greater impact. His next step was to enroll in the Full-Time MBA Program at UNC Kenan-Flagler, where he found the right opportunity to build on his interest in sustainable enterprise.

Learning the tools and strategy

“My time at UNC was amazing, not just because it’s a beautiful part of the country and Chapel Hill is such a special place, but also because the professors and students make the experience so fantastic,” says Cobb.

The alumni network has been invaluable. “It connected me with angel investors, but the network was also a resource of advice throughout my career and particularly during the launch of my startup,” he says. “I have made friends for life.”

One of his favorite professors was Christopher Bingham, who focuses on strategy and entrepreneurship.

“He opened my eyes to what it takes to succeed in entrepreneurship,” says Cobb. “He impressed upon me how important strategy and preparation can be, and that the ability pivot and read the market often makes the difference. He also reinforced the importance to outwork everyone else.” 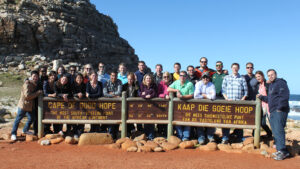 One highlight of his MBA experience was a Global Immersion Elective which took Cobb and his classmates to South Africa to learn about different cultures, and witnessed firsthand how business is conducted in global markets.

But perhaps the most valuable takeaways came from the STAR program, which matches teams of MBA and Undergraduate Business students with corporate partners to solve their challenges.

The project prepared Cobb for his next career move with the management consulting firm ScottMadden. There he provided strategy and operations services to energy and utility companies.

Next, he sought more directly involvement in creating clean-technology solutions. After watching top-down approaches from regulatory and corporate levels fall short of their goals, he concluded a bottom-up approach could make a difference in grid stabilization and a sustainable energy future.

Cobb became convinced that energy storage was the missing piece in renewable energy and could herald immense change for the energy system.

Investing in the future

The battery stores power overnight, and then discharges it during peak usage hours when utilities need to maintain a balanced energy grid. It works in any home: It plugs right into a wall outlet.

It is designed for an underserved market: renters, apartment owners and multi-unit buildings – those who don’t have access to their breaker boxes. Customers will save money and reduce demand on the grid by running devices off the battery power during peak hours when energy prices are high.

“U.S. adoption of battery tech has not been widespread,” Cobb says. “Products on the market are so expensive that ordinary people have been priced out.”

He brought down costs by building blipOne with repurposed second-life lithium-ion batteries that were first used to power electric vehicles (EV).

“Almost all of these EV batteries would otherwise end up in landfills and junkyards, further polluting the environment,” he says. “They still hold significant value after their ‘first life’ powering vehicles.”

Second-life batteries, which maintain 85-95% capacity, allow for cost reductions that lay the groundwork for wider adoption of new battery-storage technologies, he says. Called “blipOne,” the unit provides 2.2kWh of backup power during an outage at the lowest price per kWh globally – enough to keep your fridge running for a couple of days or the Wi-fi up for weeks.

At scale, battery storage can reduce utility dependency on the dirtiest fossil fuel-burning power plants, known as “peaker plants,” which are expensive to maintain and only service power grids during unexpected spikes in demand. Battery storage also will help protect disruption to utility distribution systems from wildfires, floods and hurricanes which have become more common.

“Right now, this is a consumer business, but the eventual play is the business-to-business market, as utility adoption will be critical to distribution, especially in lower- to middle-income communities” he says.

Cobb’s excited about fulfilling his dream to provide a clean energy solution and says UNC Kenan-Flagler gave him the tools and connections he needed to create blip energy.

“The MBA made me far more confident talking to investors, building coalitions, and identifying thought leaders to pull off this idea that hopefully is going to transform the energy grid,” says Cobb.