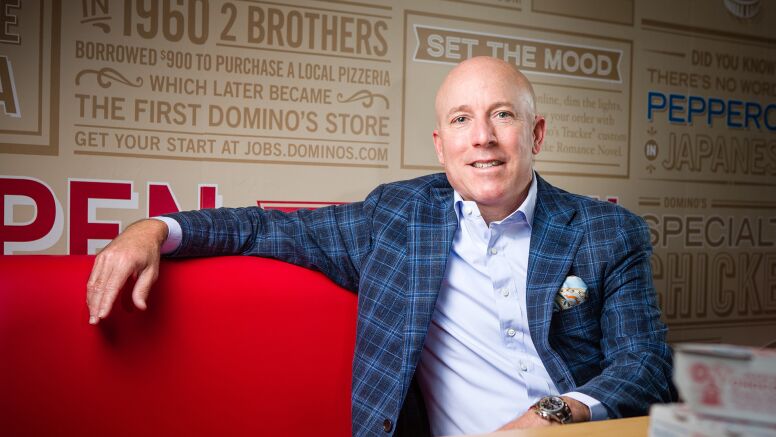 The story of Richard “Ritch” Allison (BSBA ’89, MBA ’95) is the kind that inspires people – evidence that the American dream carries on.

The first in his family to go to college, the Charlotte native applied to only one school – the University of North Carolina at Chapel Hill. Today Allison is CEO of Domino’s, one of the best-known brands in the world.

“I’m a first-generation college graduate,” says Allison. “The opportunities I have gained professionally have changed my life and my family’s life.”

When he arrived at Carolina he wasn’t sure what he would major in but the Undergraduate Business Program drew him in and offered him a great experience, says Allison.

After graduating he worked for Deloitte before he returned to UNC Kenan-Flagler for his MBA. He was named a Dean’s Scholar and received the Norman Block Award for the MBA student with the highest GPA in his class.

After his second UNC graduation, Allison went to Bain & Company where he worked in multiple industries including grocery retail, specialty services, manufacturing and logistics. He went on to become a partner and co-leader of its restaurant practice, working with some of the world’s most well-known restaurant brands.

Allison has tapped on his Carolina education throughout his career. Early on he relied on the core technical skills in finance, accounting and marketing. As he matured and took on more responsibility, he found he was applying the soft skills he developed as part of the team-oriented culture at UNC Kenan-Flagler.

“My education has helped me with soft skills around how you get things done working with others,” says Allison. “You must think about how to set a vision and align teams to get things done.”

After more than 13 years at Bain, he joined Domino’s as executive vice president in 2011. The next challenge was overseeing thousands of stores and all franchise relationships outside the U.S. as president of Domino’s International for seven years. 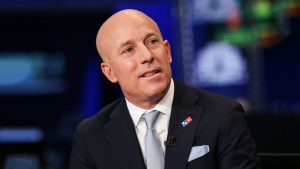 Under his leadership, the international division expanded by more than 20 countries and grew by more than 4,500 stores outside the U.S. If those stores were a separate, independent company, they would comprise the fourth largest pizza brand in the world. The division accounts for more than half of the company’s global retail sales – more than $7.8 billion in fiscal 2020.

Allison has held the reins as CEO of Domino’s since July 2018. Through its predominantly-franchised system, more than 350,000 people work for the brand in stores, supply chain centers and offices around the world. Today, Domino’s operates more than 18,000 restaurants in 90 countries. 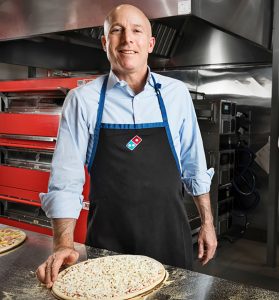 He has great expectations for the future. “Domino’s is already the largest pizza brand in the world. Now we have the opportunity to dominate the industry,” he says. “In the meantime, we plan to take Domino’s from being a U.S. company with international presence to a true global brand.”

Two-thirds of Domino’s stores are outside the U.S., but it is not yet an integrated global company, he adds. That’s his mission. But it is not his only one.

A Tar Heel for life

Allison continues to support and engage with the UNC Kenan-Flagler community, and his whole family is in on the act. After all, he met his wife, Susan Allison (BA ’89) – also a first-generation college graduate – while they were Carolina students. Their daughter Emily (BSBA ’20) majored in business and their son Jake (BA ’18, MAC ’19) graduated from the Master of Accounting Program.

They feel a duty to give back to the community – and share a passion for UNC Kenan-Flagler in particular, he says. “We believe in creating opportunities for young people without the means, connections or resources to achieve their potential.”

That’s why they established the Richard and Susan Allison Assured Admit Scholarship Fund in 2017. It is aimed at educating and supporting underserved populations –  underrepresented minorities, first-generation college students and students who have overcome social or economic hardship. It includes information sessions, one-on-one mentoring and assistance during the application process. Students from the Carolina Covenant benefit from the scholarship.

“The cost of college is so expensive,” says Allison. “It’s really hard to get a debt-free education. We feel passionate and excited about what we’re doing. And I, selfishly, get to meet amazing young people.”

Susan and Ritch Allison also established the Allison Mentorship Program, which provides professional development and application readiness support for first-year and transfer students at UNC from underserved populations who are interested in a business major or minor. 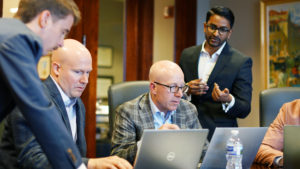 Allison has given back to UNC Kenan-Flagler throughout his career. He shares his time and expertise – recruiting when he was at Bain, meeting with student groups and giving commencement remarks. He serves on the Board of Advisors and came back to speak at Alumni Weekend 2019 as the School celebrated its Centennial. He also works with Undergraduate and MBA students in the STAR (Student Teams Achieving Results) Program to work on business projects for Domino’s.

As a mentor, Allison offers advice based on his experiences early in his career and as a recruiter.

“I encourage students to go out and do something that makes them uncomfortable, a challenge no one else can solve,” says Allison. “That’s what stretches you and allows you to grow. It’s the same for me as a CEO.”

The Allisons live in Ann Arbor, Michigan, and enjoy traveling abroad as a pastime. One of their most memorable vacations was a safari in Kenya. Back at home, Allison enjoys running, cycling and playing golf. He is a serious foodie, who loves his Big Green Egg Smoker and is well known for his brisket and Italian cooking, which includes homemade pasta and traditional risotto.

Of course, the family roots for the Tar Heels religiously. Allison’s deep connection to UNC and the state of North Carolina is undeniable.

“I happened to have lived in a state with a great university,” he says. “I was lucky to be born in the right place.”