Skip to content Skip to Programs Navigation
Dedicated to giving back

Dedicated to giving back 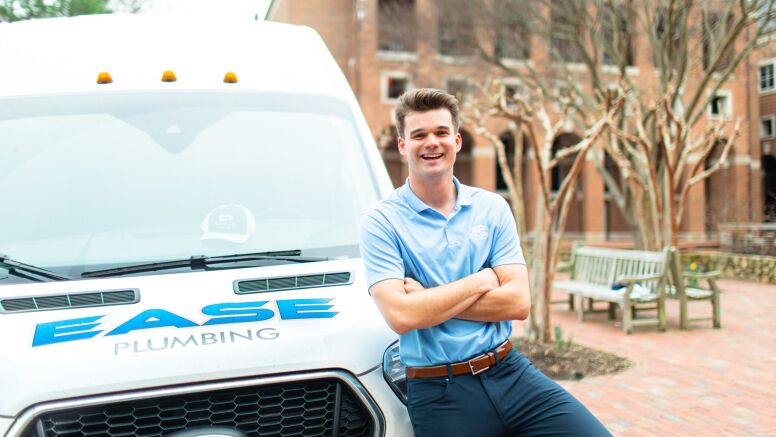 When he was in fourth grade, Austin Helms (BSBA ’16) had to do a project on something he was passionate about. He picked Carolina basketball.

Then he went a step further. He wrote a letter to Dean Smith. He was surprised when the legendary men’s basketball coach wrote him back.

Helms started giving back to UNC Kenan-Flagler Business School as soon as he graduated. It was a $50 gift, reflective of the $50 seed money given to create a new business in Jim Kitchen’s Introduction to Entrepreneurship course.

The next year, he doubled his gift. Then he doubled it again and again.

In advance of Kenan-Flagler Day on March 29, held in tandem with the University of North Carolina at Chapel Hill’s annual Giving Day, Helms is giving back again. He has pledged $50,000 to UNC Kenan-Flagler over five years. 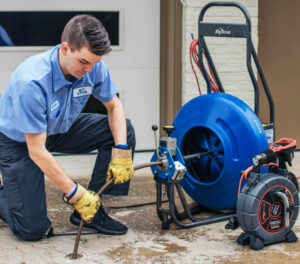 “I give to UNC Kenan-Flagler because that’s who was cheering me on from the beginning,” says Helms. “When I got to UNC Kenan-Flagler, it was a feeling. It was people saying you can do this, that we’re here to help make your dreams come true whatever they may be.”

Helms owns and operates Charlotte-based Ease Plumbing, the fast-growing company he co-founded just three years after graduation. Its goal is to be the largest employee-owned plumbing business in the U.S. It has six locations (the most recent is in Raleigh) and three more are in the works. Another goal: Open 12 locations by the end of 2022.

Helms’ vision was never to start a plumbing business. It was to start a business that allowed other people to become business owners themselves. 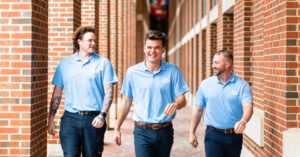 Helms and part of his Ease Plumbing leadership team

“It’s the simple opportunities I was given as a student that have led me to where I am today,” says Helms. “My biggest thing is that you’re not measured by how much money you make. You’re measured by the impact you make on people. And I get to impact people every day.”

Helms brought an entrepreneurial drive to UNC Kenan-Flagler and the School supported it. He knew what he wanted to do since he was 7 and by selling candy at his sister’s basketball games in the small foothills town of Valdese, North Carolina. Before he was a teenager, he washed cars, delivered milkshakes from Cook Out and started a bow-and-arrow business.

As soon as he was accepted to UNC-Chapel Hill, he told himself he was going to get into the Business School. There wasn’t any other option.

From his very first course on organizational behavior with Professor Jessica Christian he felt the UNC Kenan-Flagler community’s support. Christian backed up his belief that he belonged here.

For 18 months, getting into UNC Kenan-Flagler was an unwavering priority. Helms met administrators, shook hands and asked for advice. Professor Tim Flood visited Kitchen’s class and said he would help anybody who wanted it. 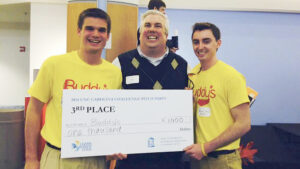 Helms and Flood (middle) at the 2015 Carolina Challenge Pitch Party

Helms took him up on his offer. Flood eventually worked with Helms to fine-tune business presentations made across the U.S. for his concept – Waterless Buddy’s, a car-cleaning system that was water-free. With Flood’s help, Waterless Buddy’s was a standout at the 2015 California Dreamin’ Competition in Los Angeles.

Susan Cates (MBA ’98), former MBA@UNC executive director and UNC Executive Development president, gave Helms tough love when he expressed disdain for some of his work-study duties senior year, teaching him a valuable lesson on humility and arrogance in business.

Professor Chip Snively has referred more people in the Triangle to Ease Plumbing than any other customer, says Helms. The list goes on.

He deeply understands the value of mentorship. To this day, Helms takes any UNC Kenan-Flagler student’s phone call, anytime.

“None of these people had to do anything to help me. Every one of these people who have nothing to do with each other are why I give back. They are all UNC Kenan-Flagler,” says Helms. “I have relationships with people who I never took a class with. That was another reason why I’ve always wanted to give back to the University. UNC changed my entire trajectory.” 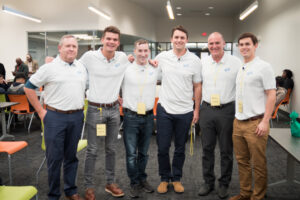 The connections he made at UNC Kenan-Flagler led directly to Ease Plumbing. Mike Griffin (BSBA ’87), a partner in Griffin Brothers Companies, was a Carolina Challenge judge when Helms pitched Waterless Buddy’s.

“Jim Kitchen’s class and the Entrepreneurship Center changed Austin’s career path,” says Griffin. “Jim’s class reminded Austin of his entrepreneurial roots and pivoted him from focusing on being hired by one of the great companies that recruit UNC Kenan-Flagler students. The Entrepreneurship Center then played a key role in supporting him through the Carolina Challenge and the former Adams Advisors program. These kind of entrepreneurship programs connect alumni like me with sharp young professionals like Austin.”

Griffin took Helms on as his third entrepreneurial apprentice with his family business, a program designed to help future business owners fine-tune their entrepreneurial skills, develop their own companies and get first-hand exposure to a range of industries. Griffin will always be a mentor for Helms. Griffin Brother Companies is Ease Plumbing’s major backer.

“You know what people say: Under-promise and over-deliver,” says Helms. “UNC Kenan-Flagler promises and over delivers.

“I’m giving back to help the next generation at UNC Kenan-Flagler but also to recognize those who gave so much of their time and energy to help me succeed.”