Bringing leadership to life as a CMO in Hong Kong 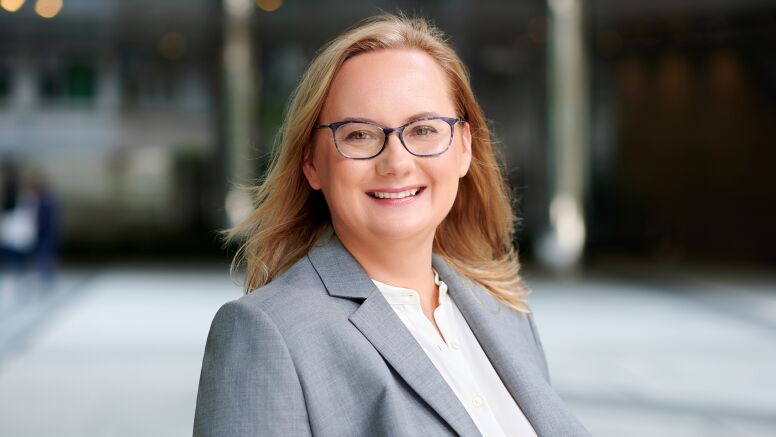 The images include sitting in Café McColl collaborating on projects with classmates; travelling to a wood manufacturer on the east coast during the first-ever STAR program; and going on an exchange program to India.

“I remember the feelings that I had,” she says, “of growing and developing and being happy.” 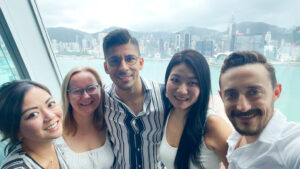 Kotek in Hong Kong with friends

Now that Kotek has achieved success as Asia Pacific chief marketing officer (CMO) and global distribution enablement leader at Invesco, she reflects on her development since she graduated and how her time at UNC Kenan-Flagler set her on the path to success.

Raised in Poland and North Carolina, she has been based in Hong Kong since 2011. She studied international economics at Georgetown University’s Edmund A. Walsh School of Foreign Service

Kotek arrived at UNC Kenan-Flagler after working at a company of just 11 people in Washington, D.C., where they coordinated manufacturing and shipping with American firms and Chinese factories. She had worked her way up to marketing director by the time she felt the itch for a new challenge, but thought that her experience in a small company might hold her back from more ambitious roles.

Earning an MBA seemed like the right way to change that.

“I think my whole career wouldn’t have been possible without the MBA,” she says. “What global company would look at me working in my small company and say, ‘That’s the woman I want to lead my marketing!’?”

Kotek’s MBA experience helped her land a summer internship at DuPont, followed by a position at General Electric, where she worked from 2005 to 2015. She held marketing roles in the U.S. and Europe, and then in GE’s Hong Kong office as CMO for structured and distribution finance for Asia and later for global financial solutions.

She joined Invesco, an independent investment management firm, as Asia Pacific CMO in 2016. She provides strategic marketing leadership across the Asia Pacific region. 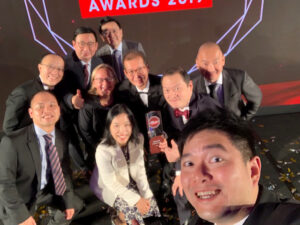 When asked about her proudest moments since graduating, she says that simply being considered by such huge firms was personally rewarding.

“The fact that a company would hire me into the role was very validating for me – that someone saw that I could transform that way, that I could have that career,” she says.

The transformation is impressive: from a company of fewer than a dozen people to one that employs over 6,500 worldwide.

Even more impressive is how much Kotek has achieved in her role. As the leader of the Asia marketing team, she looks after marketing efforts in Australia, China, Hong Kong, India, Japan, Singapore, South Korea and Taiwan. The business has grown multiple fold and has been awarded Asian asset manager of the year by a leading publication during three of the last five years.  She’s also been able to have a global impact by coordinating and improving several sales and marketing technologies across the firm.

It’s a testament to her leadership skills – the seeds Kotek says were sown during her time at UNC Kenan-Flagler.

So, what has she learned about leadership during her international career?

She continued her interest in international business at UNC Kenan-Flagler, where she also focused on marketing and sustainable enterprise.

One of the most significant lessons she learned at business school was that soft skills are not just an accompaniment to being a good leader. They’re an essential component – particularly the farther up the ladder you progress.

“I remember being in Dave Hofmann’s leadership development class and learning about soft skills, and the fact that most of your business success once you get to a certain point depends on them,” she says. “I knew that was going to be important for my work.”

She took advantage of the ample opportunities to exercise her soft skills outside of the classroom, such as serving as chair of the MBA Leadership and Development Club.

She helped set up the Dean’s Speakers Series, an experience that was an important leadership lesson. Working with classmates on projects like the series showed Kotek the benefits that can come, both personally and professionally, from rejecting the stereotype that to succeed in business you have to be cut-throat and individualistic.

“The culture at UNC is not egotistical, not pretentious,” she says. “It’s that ability to work in groups and be collaborative and be kind to each other.” 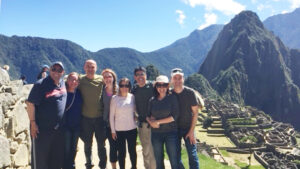 She found that she and her classmates could help each other achieve more by embracing the School’s collaborative attitude. It’s an approach that she has carried with her ever since she graduated.

In fact, it’s one of the biggest ways her MBA impacts her day-to-day leadership style.

“I chair a global group of professionals working in tech – stressful jobs, with a lot of responsibilities, and they’re all around the world,” Kotek says.

“That group has turned into something really collaborative, productive and warm and easy to work with. It mirrors the culture that I learned at UNC Kenan-Flagler.”

A balance between heart and head

Alongside soft skills that would be essential to her future leadership style, her time at UNC Kenan-Flagler helped Kotek fill in gaps in her expertise come from a small company.

The holistic approach to business education developed her understanding of how businesses of all sizes work and make money.

This has been a huge advantage for her as a marketer, and it’s one of the key pieces of advice she offers to aspiring CMOs.

“Know your business,” she says. “How do you make money? Be close to your clients and your sales team, get your skillset right in digital.”

If you can balance these skills effectively, you stand a strong chance of building a marketing career you can not only be proud of, but that will fulfil you, she says.

“Marketing is fantastic,” she says. “There are so many things you can do – you can be creative, analytical, whatever you want.”

The legacy of Kotek’s experiences at UNC Kenan-Flagler can be seen in her global career, where she has fulfilled her potential both as a creative, caring leader and an analytical business thinker.