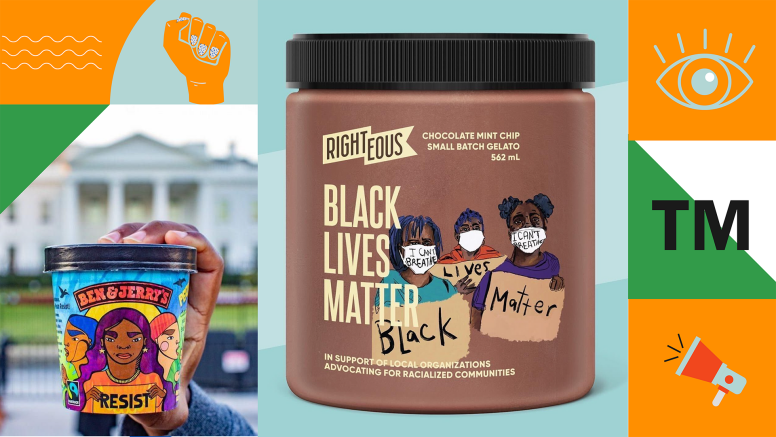 The #BlackLivesMatter hashtag has become a potent rallying cry for racial justice online. But U.S. trademark law hasn’t caught up.

Stephanie Mahin, clinical assistant professor of management and corporate communication, at UNC Kenan-Flagler, and Victoria Smith Ekstrand, associate professor at the UNC Hussman School of Journalism and Media, document the differences in “Old Law, New Tech, and Citizen-Created Hashtags: #BlackLivesMatter and the Case for Provisional Hashtag Marks” in the Journal of Mass Communication Quarterly.

As citizen-created hashtags have become increasingly important for social movements – think #BlackLivesMatter, #occupywallstreet, #metoo and #jesuischarlie among others – some activists have sought out trademark protection. They have argued that such protection would aid their movements, the researchers found. It could help them in fundraising, protect their use for legitimate social movement, and prevent the dilution that comes when others “hijack” phrases and hashtags for their own purposes.

To understand how the U.S. Patent and Trademark Office (USPTO) processes citizen-created hashtags such as #BlackLivesMatter compared to derivative marks, the professors examined trademark applications involving #BlackLivesMatter and the phrase “lives matter.”

Over seven years – from 2012 to 2018 – they discovered 110 applications involving the phrase “lives matter.” All but one were filed after the #BlackLivesMatter hashtag first gained prominence in 2013. During that period, the USPTO granted trademark protection for 16 “lives matter” related applications for use on clothing, for entertainment services and even for pipeline inspections.

Additionally, Mahin and Ekstrand examined the commentary that trademark examiners wrote to explain their rejections of trademark applications to better understand the decisions and the implications for social movements. They also conducted research online to understand the individuals and companies behind the approved trademarks and their motives.

Historically, trademarks protected the value of names and symbols used in business and sought to reduce consumer confusion about the origin of goods and services. Digital media make it easy for anyone to create new names and symbols and then publicize them. That makes it harder for regulators to decide what should be granted trademark protection, Mahin says.

For social movements, trademark law’s focus on “use in commerce” presents an obstacle to trademark applications for movements such as Black Lives Matter.

The evolving nature of hashtags is also challenging. In 2013, the USPTO defined hashtags as a form of metatag used to identify or search for information. But hashtags are now often potent symbols in their own right, and appear offline as well as in digital form.

The researchers also draw on work by critical race theory and intellectual property scholars who argue that treating trademarks solely as a commercial mechanism neglects its value for free speech.

Mahin and Ekstrand also argue that the lack of protection for community and citizen-created phrases and symbols, such as #BlackLivesMatter, can disenfranchise the often-marginalized communities that create them.

The USPTO’s decisions to deny trademark protection for the #BlackLivesMatter hashtag and the phrase “Black Lives Matter,” the researchers say, is out-of-step with social discourse online and offline.

Trademark examiners denied BLM trademark applications “primarily on the basis that such marks were considered political and/of informational slogans that do not indicate a sole source,” say Mahin and Ekstrand. The examiners approved other “lives matter” trademarks that draw much of their value from the social capital and recognition created by Black Lives Matter.

When trademark applications are approved, there is no accompanying commentary explaining the decision, so it’s difficult to know why the phrases “Irish Lives Matter” and #ChristianLivesMatter were different and appropriate for trademark status, while Black Lives Matters wasn’t, the researchers say.

The professors argue the USPTO and U.S. trademark law should change to grant citizen-created hashtags when they gain some public recognition as a symbol of a particular movement, trademark protection.

The scholars suggest there are at least two possible approaches for protecting phrases like Black Lives Matter.

One would be to use an existing provision in the Lanham Act, the legislation that governs federal trademarks. It contains a provision to recognize marks used “by members to indicate they are a member of a union, association or any other organization.”

Another option would be to create what Mahin and Ekstrand call a provisional hashtag mark. In this scenario, trademark applicants with some evidence that their phrase or symbol is gaining the “secondary meaning” necessary for trademark could get some protection for a limited amount of time, perhaps two years.

The applicants could conduct a consumer perception survey to gather evidence that the mark has gained the recognition and meaning in the public’s eye that’s required for a trademark.

First, the way hashtags are now used could be recognized by the USPTO through an update in the agency’s Trademark Manual of Examining Procedure, the guide that examiners use when considering whether an application for trademark should be approved.

Second, new federal legislation would be needed to update trademark laws to reflect the digital reality that Black Lives Matter – and all of us – now live in.

“As the distinctions between real and virtual commerce and political and commercial messaging begin to collapse,” they write, “intellectual property laws like trademark will need reexamination.”