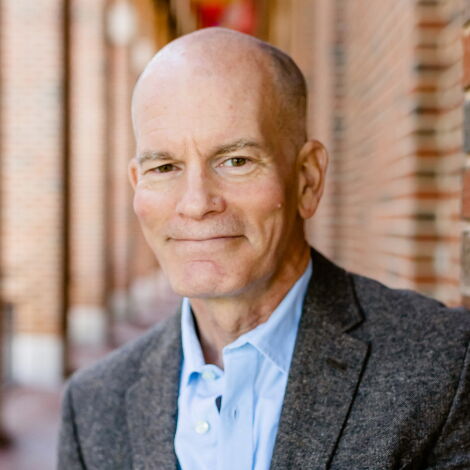 He began developing his Applied Improv approach in 1997, and has presented programs in academic, corporate and organizational settings across the U.S. and in Canada and Sweden. Notable clients have included Microsoft, NYU, OglivyOne worldwide advertising, and Washington University in St. Louis.

In 1989, he joined Transactors Improv, the South’s oldest improvisational theater, based in Chapel Hill. He became company director in 1996. He has worked as an actor and director in film, television, radio, scripted theater, and corporate and industrial media. He also has worked as a journalist and editor.

He earned a degree in English from UNC-Chapel Hill.

END_OF_DOCUMENT_TOKEN_TO_BE_REPLACED

After two decades of teaching, Greg Hohn has written the book on applied improv to share its life lessons. 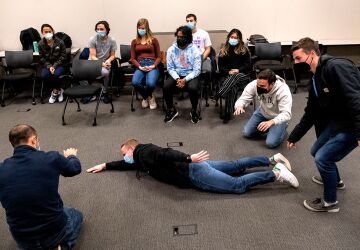 For two decades, Professor Greg Hohn has used a theatrical technique to teach students about being human.

Why the business world needs improv

When I started teaching at UNC Kenan-Flagler in 2000, saying I taught improv inevitably led to an extensive conversation. I’d mention some improv principle... 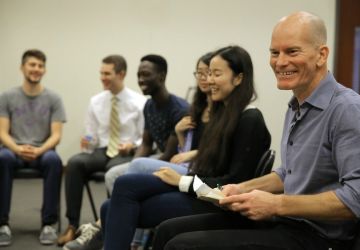