Thoughts can cost more than a penny

Financial losses affect your brain and how you think about risk.

Financial losses don’t just hurt your bottom line – they affect your brain, too.

The emotional part of your brain reacts differently to bad and good news – and that affects your economic decisions. 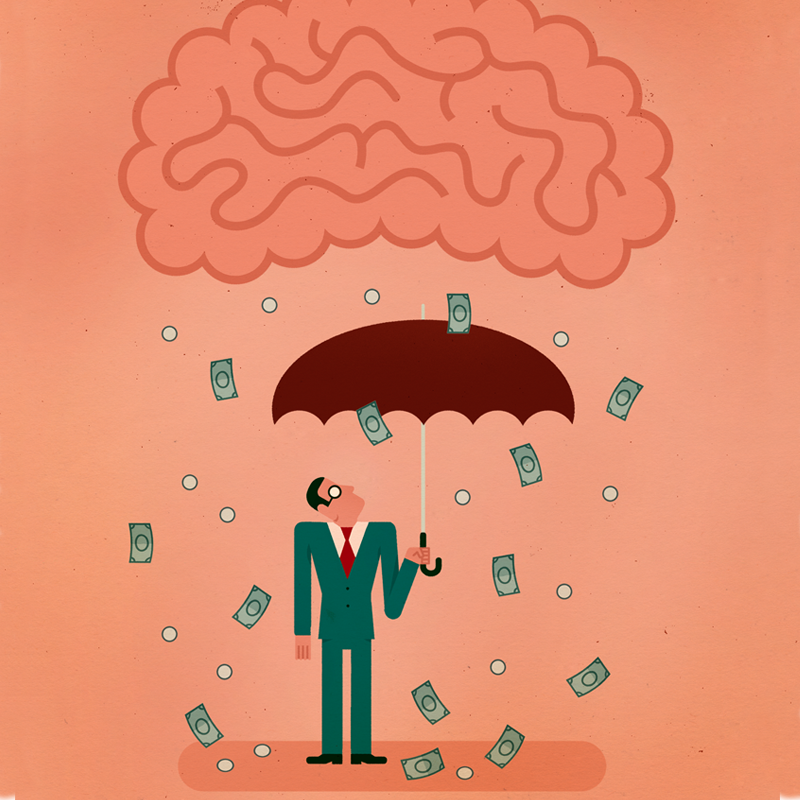 After losses, they develop overly pessimistic beliefs about how future investments will pay off and tend to shy away from risky investments, she said. “The effect is even greater when our own money is at stake.”

A pioneer in behavioral finance and the new field of neuroeconomics, Kuhnen seeks to create better economic models to explain financial decisions by learning how the brain drives human behavior. She studies the brain and genetic mechanisms responsible for learning and risk taking in financial markets.

Her findings shed light on how bad economic times could affect economic choices made by households, firms and other economic agents.

Kuhnen earned two bachelor’s degrees – in finance and neuroscience – from MIT and a PhD in finance from Stanford. Early in her career, she worked on a brain-imaging study with a neuroscientist to predict whether people were drawn to or avoided financial risk depending on which parts of their brain were stimulated before they made their decisions. Kuhnen realized that neurologically, people are wired to learn differently from good experiences than from bad experiences. She calls that asymmetric learning.

“Your brain has very primitive structures that either push you toward something you think is good for you or make you avoid something you think might be bad for you,” Kuhnen said. “From neuroscience, we know that bad things and good things have different effects on your brain.”

Kuhnen examined the influence of asymmetric learning on investment decisions, which she writes about in “Asymmetric Learning from Financial Information” in the Journal of Finance. In the study, participants completed two financial decision-making tasks:

Her results would surprise economists, who have been taught that people learn by Bayesian updating, a mathematical rule about updating probabilities that does not depend on whether people learn from positive or negative outcomes.

“To be told that people don’t use the same rule to update their beliefs across all scenarios and that they update in an overly pessimistic way when they observe bad outcomes or receive negative information,” she said. “That’s a big deal to economists.”

The pessimism bias can affect asset-pricing models, too. Pessimistic investment advisers might price risky assets, such as stocks, too low during a recession, which could prolong a bad market.

Pessimistic investors also might shy away from the stock market during periods of economic adversity, cutting themselves off from opportunities to buy low.

Such asymmetric learning can extend to investing in human capital, such as whether to invest in a child’s education in times of economic adversity. Other researchers have shown that people who grew up in poverty are less likely to believe that human capital investments of any kind will pay off

“All of these decisions to underinvest have the same effect: They keep you in a bad situation,” she said.

Kuhnen will continue to test the theory that economic adversity – either from reeling financial markets or other financial shocks – leaves people too pessimistic about what they can achieve. And she hopes to find a way to undo the pessimism bias.

“Investors who can overcome their pessimism are likely to do better in their investments,” she said. “People going through adversity have to look to the future and see the upside, too.”

Camelia Kuhnen is professor of finance at UNC Kenan-Flagler.