Why innovative companies should not fear competition 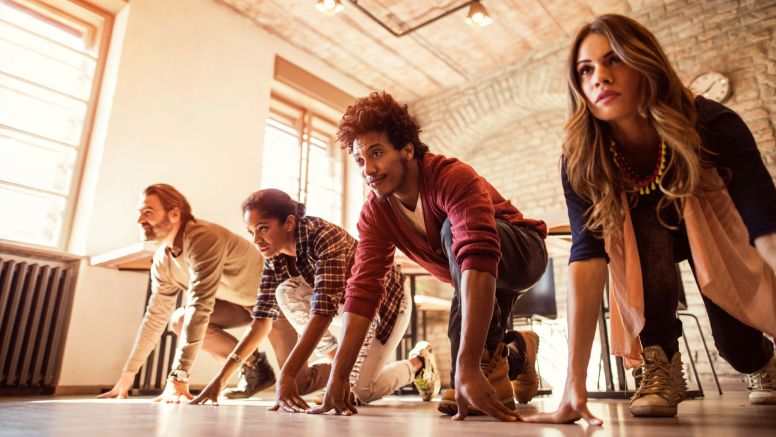 In studying mergers between competing firms, finance professor Paolo Fulghieri found that mergers can destroy value because they can reduce the incentive for employees to push their creative thinking. In industries where innovative intellectual property (IP) is critical to the company’s success – pharmaceuticals, telecommunications and other high-tech markets – competition tends to stimulate innovation.

“Innovative companies should not fear competition,” Fulghieri says. “Competition between rival companies increases the value of employees’ human capital and can be a great motivating factor for employees, and ultimately, that is good for both the employees and their company.”

Fulghieri’s research with Merih Sevilir of Indiana University  details the pros and cons of mergers to explain why many mergers fail to create value even as they reduce product competition. Though reduced competition resulting from a merger might increase a company’s market power, combining forces can reduce innovative employees’ prospects of seeing their innovations developed within their firms. A merger tends to sap employees’ motivation to do their best work, compromising the innovation process.

Businesses that thrive on innovation have talented employees who add value through innovative contributions. For a firm that relies on such human capital to provide a stream of patents and ideas that can be turned into products, having a talented, motivated workforce can be the key to success.

Employees who believe their company recognizes their value tend to work even harder. When they can share in the success that their efforts created for the company, they feel valued. And happy, motivated employees are more productive than unhappy ones.

The relationship between high-value employees and successful companies is reciprocal. An employee who generates innovative IP that the company can turn into sought-after products makes himself valuable to his company, and in so doing, increases his own market value, too. In a competitive environment, such as the technology hubs of Silicon Valley and Boston’s Route 128, where many companies competing for talent in a particular field cluster together, the high-value employee has multiple options of where to work. The firm might have to pay more compensation to keep him, but he also will work hard to increase his status as a high-value employee.

Take away that competition, Fulghieri says, and an employee would feel like he was working for a corporate bureaucracy. If he feels stuck and has nowhere else to go, his motivation to keep working hard at producing innovative IP erodes.

The very existence of technology hubs supports Fulghieri’s point. Companies in a particular industry tend to cluster in one area, which makes it easier for employees to move from one company to another. They don’t have to pack up their household and move to a new home when they change companies, for example.

“If companies producing similar products in a hub don’t merge,” Fulghieri says, “it is, in part, because they recognize a clear benefit from preserving competition. The profit they would gain from increasing their market power can be less than the benefit they get from maintaining a competitive environment.”

Many companies in a hub have dropped non-compete clauses from their hiring terms because they found such strictures put them at a disadvantage when recruiting the best talent. If an employee feels trapped at a firm, she will become less productive and lose value over time.

Picture a company that commercialized a technology innovation. Despite being a thought leader, it never included a non-compete clause when hiring employees. Now, former employees are developing products that compete with the company’s line. Critics might say that argues against competition. But others would contend that some of the top talent might never have joined that company in the first place if it had used a non-compete clause. In the long run, the company might have been much less innovative and entrepreneurial if it had hired only people who would agree to use their talents only within the original company.

Companies and industries with innovative products go through a cycle, Fulghieri says. Initially, a company might hold a monopoly on a product because it has the proprietary knowledge of the IP. As new companies produce new products that compete with the original, the industry becomes more competitive, and all companies can benefit from that competition. The original firm needs to accommodate the entry of the new firm by adopting compatible technologies or choosing similar industry standards. As the product matures and promoting innovation becomes less critical, a wave of consolidating mergers might follow to increase a company’s market power. And if the reduced competition erodes employee motivation, some companies might generate competition by spinning off a division into an independent entity. The spin-off company competes with the parent company for talent in the labor market, and that creates the reciprocal relationship that keeps high-value employees motivated and happy.

Such stand-alone companies competing in the product market and labor market can lead to greater profitability, Fulghieri found. The positive effect is most pronounced in early-stage industries of smaller size and with a lower probability of success. In industries with a large market size and low risk of failure, however, mergers have a positive effect on innovation for a while because employees of the newly merged companies initially compete to stand out. Also, merging provides a co-insurance benefit to the company by having two employees to develop a product where before the merger there was only one. The company can develop an innovation as long as at least one employee is successful; increasing the number of employees to accomplish that task increases the probability of success. But over time, if these competing employees have nowhere else to go, the innovative output diminishes.

“In highly innovative industries, there is a unique mix of human capital and financial capital,” Fulghieri said. “The challenge is to come up with a successful mix.”