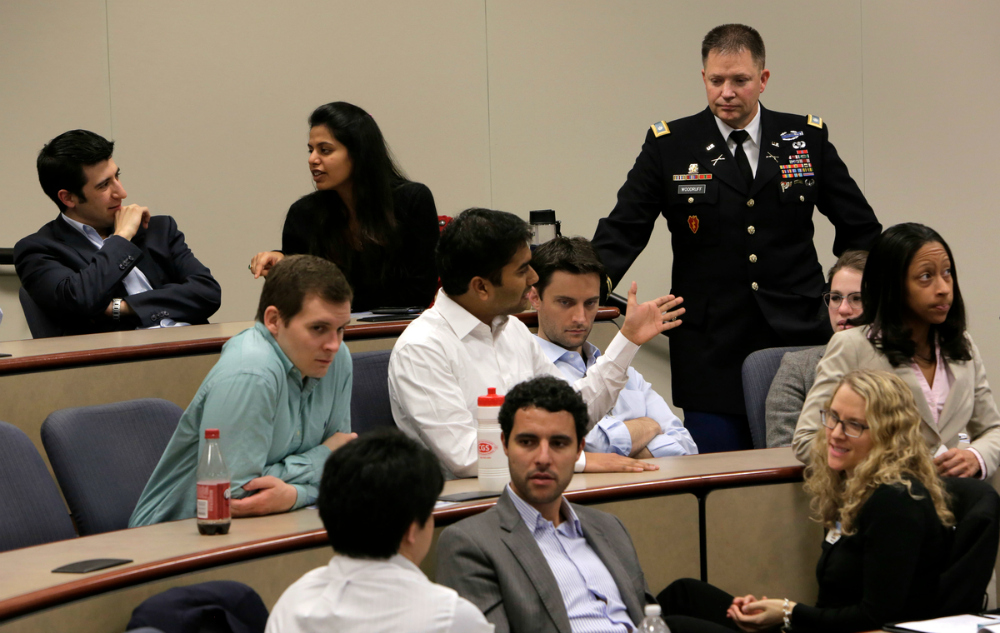 A top U.S. military commander in Iraq, for instance, failed at training the Iraqi army.

Todd Woodruff shared his friend’s story at a workshop on “Why Effective Leaders Fail” at the annual Leadership Day at UNC Kenan-Flagler on Jan. 17.

Woodruff (PhD ‘12) is a professor and the director of Leadership and Management Studies at the U.S. Military Academy at West Point.

Americans value when our leaders serve as role models, both in the military and in business, said Woodruff. “If you’re asking someone to take a risk, you have to be able to do that yourself.”

Iraqi ideals are different, he said. Their leaders sleep in different facilities and eat before and better than their subordinates, and they don’t take the same risks.

Woodruff’s friend advised the Iraqi leaders to act like American leaders, but the result was a complete collapse of the Iraqi army structure. The Iraqi soldiers lost respect for their leaders since they were “lying in the dirt” with them, for example.

Effective leaders must have cross-cultural intelligence and be able to evaluate how leadership tactics might affect various cultures, Woodruff said.

In terms of Arab cultural dimensions, the power distance between leaders and subordinates is very high, while it is low in the United States, he said.

Other cultural dimensions that leaders should be familiar with, said Woodruff, who citied the Center for Creative Leadership GLOBE Study, include:

Attributes of effective leaders vary by culture, he said, and the few that are universal include:

Woodruff had the MBA students meet in small groups and compare their home cultures to those of others in the group.

Effective leaders need the emotional intelligence to understand their own culture and have the ability to take another’s perspective.