When will the Cuban real estate market open its doors? 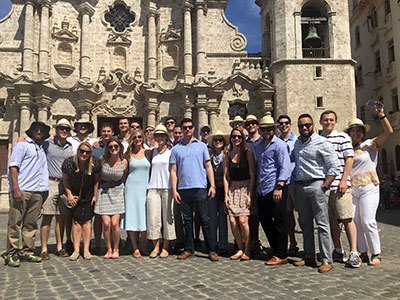 Each year, UNC Kenan-Flagler MBA students have the opportunity to take short-term trips  through a program called the Global Immersion Elective (GIE). GIEs span across a variety of different locations, with each trip emphasizing business topics and practices relevant to a particular industry and locations. In spring 2017, real estate students traveled to Cuba.

We set out to understand why the country has been untouched by development over the last several decades. During our six-day study trip, we witnessed its’ enormous potential for growth, as well as deeply ingrained challenges that continue to leave investors on the sidelines.

Upon arriving in Havana, our eyes quickly began to glimmer at the untapped potential for real estate investment. We saw city blocks lined with distressed buildings, vintage cars rumbling down tattered roads, and miles of coastline untouched by construction. The size of the market also seemed compelling, with over 11 million inhabitants and masses of Americans just a stone’s throw away.

Why has Cuba been effectively frozen in time?

To understand how Cuba’s doors could be opened for investment, we first had to understand what factors brought it to its current point. During our trip, we spoke with local economists, brokers and residents to nail down a number of key drivers.

First, Cuba’s communist government creates a bevy of complications. Wages are set by the government and are extremely low, creating an affordability issue among Cuban home buyers. Housing prices are issued by public appraisals, which fall severely below market value, leading to a large amount of after-market cash transactions. Mortgage debt is nonexistent, so many would-be domestic buyers are unable to generate the capital needed to make a purchase.

Another key reason for Cuba’s lack of development is the embargo with the U.S., which limits the amount of capital and resources that flow into the country. Even for countries unaffected by the embargo, direct foreign investment in Cuba is rich with difficulties. Barring the help of a local expert, navigating the bureaucratic approval process is nearly impossible

What the future holds for real estate in Cuba 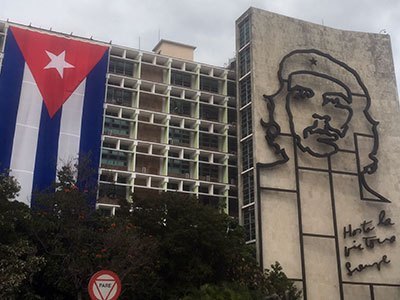 A number of political and economic changes would need to take place before Cuba becomes a viable investment opportunity. Perhaps more interestingly, Cubans will need to want this change before it gains widespread support. Many still do not want to see an influx of capital because they, very understandably, do not want to be priced out of their own market. Furthermore, concerns still exist over what would happen to the culture of Cuba if the flood gates were opened to large-scale investment.

While the incentives to invest in Cuba will likely begin to outweigh the current challenges, what reform will look like and how long it will take are unclear. With the enormous potential that the country holds, we will eagerly await changes that might occur.