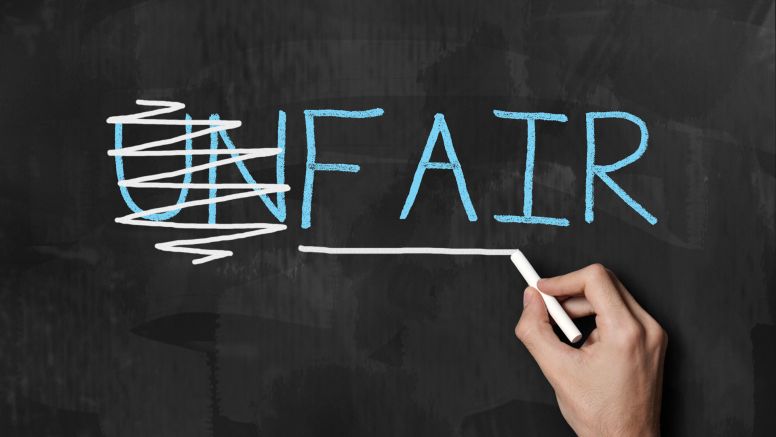 At some point, you’ve probably worked in an environment where you felt you weren’t treated fairly – whether you were passed over for promotion without explanation, your input ignored or you didn’t feel valued.

Lack of fairness in the workplace creates implications far beyond the emotional well-being of employees. Studies show that when employees feel unfairly treated, they are less productive, more likely to engage in deceptive behavior and less likely to stay with the company long term.

Since the benefits of a fair workplace are widely known, why does unfair treatment of employees persist? Did your manager want you to feel that unfairly treated? Was s/he a “bad” manager or even person?

Elad Sherf, an organizational behavior professor at UNC Kenan-Flagler, and his co-authors Vijaya Venkataramani of the University of Maryland and Ravi S. Gajendran of Florida International University examined this question and share their findings in “Too busy to be fair? The effect of workload and rewards on managers’ justice rule adherence” in the Academy of Management Journal.

In the workplace, “justice” relates to managers’ specific actions or behaviors such as:

Not just an individual problem

Previous research on fairness trying to explain why managers don’t engage in justice behaviors focused on managers’ individual attributes, such as personality traits or the perceived importance of fairness or morality.

Sherf and his colleagues took a different approach. They focused on how companies are organized and how much value they put on justice behaviors. Their core question: Is it is possible that managers who act unfairly are not “unfair people” but instead part of a larger system that prioritizes other elements over justice?

They found that the latter does seem to play an important role. As it turns out, a big barrier to workplace fairness is that managers typically neglect to engage in justice behaviors – not because they don’t care about fairness, but because they are overworked and not rewarded for justice tasks that contribute to a fair environment.

Looking at fairness on a large-scale level, Sherf and his colleagues focused on structural organizational aspects that could affect workplace fairness.

In their first study, a diverse sample of 107 U.S. based-managers rated their workload, prioritization of technical tasks, justice rule adherence and the extent to which their company rewarded justice behaviors. On days when their workload was heavy, managers reported engaging less in justice behaviors towards employees. However, when they perceived their company prioritized and rewarded justice tasks, heavy workload affected the prioritization of technical tasks less, and as a result, managers’ completion of justice tasks wasn’t affected as much.

Next, they paired managers with two of their employees from firms in India into 166 manager/employee groups. The managers filled out similar surveys to the first study (referring to the last three months, instead of the specific day), while the employees rated their managers’ justice behaviors (rather than the managers rating themselves, as in the first study). The findings in the second study were consistent with the first.

The third study used a simulation in which 249 undergrads worked for a hypothetical company. They all completed two tasks: one technical and one justice. However, they were randomly assigned to high vs. low workloads and low-justice rewards organization vs. balanced-rewards organizations. Predictably, the high-workload group neglected the justice task more often while focused on technical tasks. However, the workload effect was more severe for the low-justice rewards group, as opposed to the high-justice rewards group. This latter group completed their justice tasks without diminishing their performance on the technical task, despite the higher workload.

A “how to” on fairness

“Fairness does not occur in a vacuum,” Sherf says. “Companies need to be aware of how their managers’ workloads and job descriptions – as well as the organizations’ systems of rewards –influence fairness.” This suggests shifting the focus from villainizing unfair or unjust managers to examining ways in which their organizational structures and incentives might make attention to justice tasks difficult for managers.

This research has implications for both upper-level management and for individual managers stuck in a system that they are unlikely to change entirely, but still want to create a mutually beneficial environment of fairness.

Companies like Google are recognizing that by prioritizing justice behaviors they can decrease turnover, increase productivity, and reap an array of other benefits. If firms adjust their organizational structures, routines and rewards systems in line with Sherf’s findings, we might just the see the beginning of an increased, global emphasis on structural fairness in the workplace.