Skip to content Skip to Programs Navigation
What’s race got to do with it?

What’s race got to do with it? 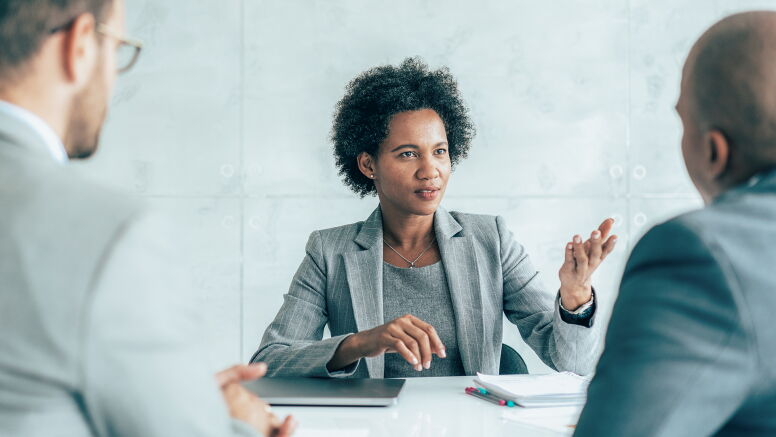 The conventional wisdom – backed by research – is that women, on average, achieve worse outcomes than men when negotiating. But Angelica Leigh (PhD ’20) found that stereotype didn’t match her experiences as a Black woman.

Leigh, assistant professor of management and organization at Duke University decided to explore the intersection of gender and race with Sreedhari Desai, associate professor of organizational behavior at UNC Kenan-Flagler Business School.

Does being a member of two social groups that have experienced discrimination – Black and female — lead to worse outcomes overall in negotiations, with the double identity leading to greater disparities? Or could some stereotypical traits attributed to Black women lead to better outcomes compared to other groups?

They published findings in “What’s Race Got to Do with It? The Interactive Effect of Race and Gender on Negotiation Offers and Outcomes” in Organization Science.

The names of the simulated buyer were altered to induce a perception that the buyer was dealing with a person of a particular race and gender (Ebony for a Black woman, Sarah for a white woman, Jamal for a Black man and Colin for a white man). The deals that each seller offered – based on price, length of warranty period, length of a service contract – were used to evaluate how good the outcomes were for each of the simulated buyers.

In this case, the Black woman (Ebony) was offered better terms on average than the white woman or the Black man and statistically similar to those offered the white man.

A second study, with real-world sellers found on Craigslist, offered up buyers via email. Fictional email accounts were created with fictional names and photographs identifying the buyers as either a Black woman, white woman, Black man or white man. The buyer asked for a discount off the listing price; the price the seller agreed to was recorded as the sale price. (Afterward, the fictional buyer followed up to say they had settled on something different and offer the seller good luck in their efforts.)

A third study, another online negotiation simulation, had participants try to sell a mobile app to a company. Fictionalized buyer names and icons highlighted race and gender identities. Here again, the simulated Black women buyers were able to negotiate lower prices than white women and Black men, and they achieved similar outcomes to white men.

Desai and Leigh also probed the reasons behind the disparate outcomes in that study. They asked participants to rate their negotiation partner on several traits: dominance, prestige, competence and warmth. (A body of research on negotiations finds that negotiators who display more dominance and prestige, which signals higher social status, get superior negotiation outcomes.)

Their analysis of the sellers’ perceptions of buyers and the prices secured by the negotiators revealed that Black women were rated more highly than white women on dominance and more highly than Black men on prestige. These stereotypical perceptions led to the better negotiation outcomes.

Stereotypical beliefs around dominance and race (Black women tend to be perceived as more dominant and white women as more submissive) and perceptions of prestige (Black women are afforded more prestige than Black men) end up combining to affect negotiation offers made to these individuals. “We do not endorse any of these stereotypes,” Desai says.

The result is better outcomes, at least in some negotiations, for Black women compared to Black men and white women. On some social measures, such as wages, women of color still experience worse outcomes than white women and men of all races, Desai says, so there are still puzzling gaps.

Implications for the workplace

The research has implications for people in the workplace, says Desai.

First, negotiators should strive to be aware of their own biases, she says. Offering a negotiation partner a poor deal because of conscious or unconscious bias around their race or gender could lead to missed opportunities for win-win negotiations and good deals.

Second, their research suggests that some advice given to women of color could be wrong.

“Oftentimes the generic advice given to women is that they will face backlash if they behave in assertive ways,” Desai says. “This backlash might not apply to Black women.”

She warns Black women “not to be derailed by such messages and to go play to your own strengths.”