I read a lot of non-fiction. It’s dangerous to ask me what I’ve been reading. I bore my family with my book reviews. 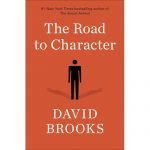 Best book: “The Road to Character” by David Brooks

I’ve recommended this book to a lot of people. It’s about having a life that matters told through a series of well-written, short biographies.

“How I Shed My Skin” by Jim Grimsley

I could relate to the author’s memories about being a kid in Eastern North Carolina during integration. We are about the same age and I grew up in the same area.

“The Wright Brothers” by David McCullough

This great story is written by a great author. Two brothers who had no formal scientific training worked together in a family business to do something that well-funded organizations couldn’t do. I especially liked their empirical approach to studying how birds fly, rather than approaching the problem mathematically. 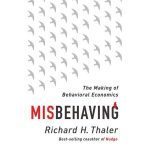 “Misbehaving: The Making of Behavioral Economics” by Richard Thaler

This history of behavioral economics overturned so much of what I learned about economics as a student. I wish that I were a 20-something and could specialize in the intersection of economics and psychology.

“The Firm: The Story of McKinsey and Its Secret Influence on American Business” by Duff McDonald

The history of McKinsey and consulting is an excellent read and helped me learn about the roots of the consulting industry.

In the third of his “Killing” books, the author brings a lot of political, social, economic context to the life of Christ in a well-written, good read.

“The Secret Game: A Wartime Story of Courage, Change and Basketball’s Lost Triumph” by Scott Ellsworth

This is a great story about a basketball game between the North Carolina Central University team and some Duke medical students during World War II when Jim Crow prohibited blacks and whites from playing sports together. 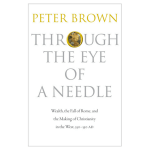 “Through the Eye of a Needle: Wealth, the Fall of Rome and the Making of Christianity in the West, 350-550 AD” by Peter Brown

I see a lot of connections to current issues of inequality in the world in the book, which focuses on wealth and inequality issues during the fall of Rome and rise of Christianity.

That’s it for this summer – so far.