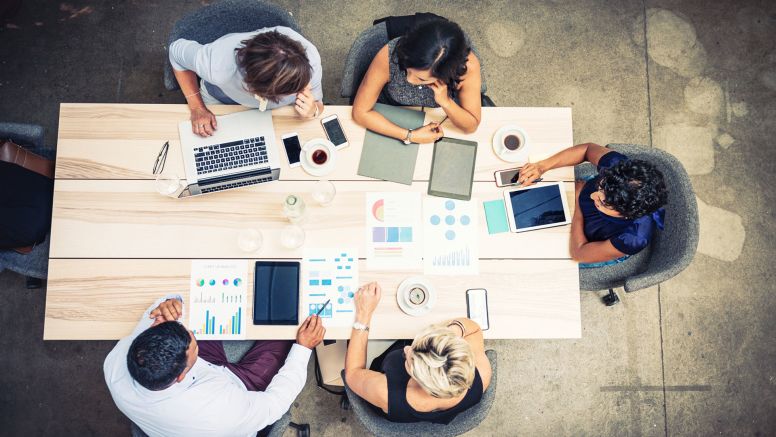 Why does it matter that startups favor younger workers?

The town of Chapel Hill made a concerted effort to make room for startups. Was that wise?

According to research by Paige Ouimet, associate professor of finance at UNC Kenan-Flagler, the town might be well-positioned to welcome young, entrepreneurial businesses.

Ouimet partnered with Rebecca Zarutskie of the Federal Reserve Board on a study that delves into who works for young firms and why. The results of their work are captured in “Who Works for Startups? The Relation Between Firm Age, Employee Age, and Growth.”

“We know young firms are different; they display very different dynamics,” Ouimet said. “Most of the research into what makes them different has focused on their constrained access to capital. Labor has been ignored.”

Ouimet and Zarutskie culled information from more than a decade’s worth of U.S. Census data, specifically from the U.S. Census Bureau’s Longitudinal Employer Household Dynamics Program, which gave them access to information about private as well as public firms.

“What distinguishes this data is its magnitude,” Ouimet said. “We’re able to look at large portions of the U.S.’s economy.”

Access to private firm data makes this study unique. While public firms have to disclose large amounts of information, private firms have few disclosure requirements, and, as such, it is hard to find information on a large and unbiased sample of private firms. Moreover, studies that do look at private firms tend to be limited to case studies of a few individual firms or, at best, data on a select industry. In their study, Ouimet and Zarutskie explored a broad cross section of firms that includes the youngest and smallest firms, which often are absent from other studies.

Young firms disproportionately employ young workers, Ouimet and Zarutskie found. That positive correlation held true across different industries, whether firms were public or private, and even when the researchers looked only at new hires. The results were surprisingly robust. In firms between one and five years old, 45 percent of employees are younger than 35, while in firms at least 20 years old, fewer than a third of employees are younger than 35.

Ouimet works at the intersection of labor and finance. Zarutskie spends considerable time thinking about startups and what helps them grow. They know that venture capital investors generally select innovative firms, and an influx of such capital makes it possible for firms to hire new personnel. Startups often are in high-tech sectors such as the biotech and telecom industries, which demand innovative employees. So when startups receive an infusion of venture capital, they snap up young workers.

Young employees are likely to be fresh out of college, so they might possess current technical skills and feel more comfortable using high-tech equipment and devices, all skills that would serve young, innovative firms well.

Young workers tend to be more risk tolerant, and working at a startup is riskier than joining a more established firm. Interestingly, the more young risk-tolerant employees join a young firm, the riskier it might become. With their greater tolerance for risk, young employees tend to select riskier projects or task within a firm once they are hired, and this can leads to greater firm growth, when successful, or a higher probability of firm failure, when unsuccessful.

Ouimet and Zarutskie found a causal relationship between the supply of young workers in a geographic area and the rate at which new firms were created, especially in high-tech fields. A town that had had a baby boom about a quarter-century ago or a university town would provide an abundant pool of young workers.

“Our results are interesting from a policy point of view,” Ouimet said. Whether municipalities should put forth effort to attract startups has been controversial. Startups as a whole are less likely to survive over years. A gaggle of failed startups can cause some instability in the housing market and among businesses that have sprung up to serve young workers.

On the other hand, those startups that do survive tend to grow rapidly. A successful startup might vacuum up other workers let go from unsuccessful firms and benefit ancillary businesses because the young workers are relatively well paid and are in a demographic that spends money more freely than older age groups.

“If you look at snapshots of employment today, you find surprising fractions of them are from startups,” Ouimet said. “But startups have very high turnover rates. Even those that thrive have more change going on, with new employees coming in with different skill sets to replace earlier workers as the firm evolves. But that’s beyond the scope of this paper.”

Ouimet would like to build on her research by pursuing questions of how firms age and how their employee workforce changes with age. How might attracting young workers influence the financing choices of young firms? What do shifting workforce demographics mean for new firm creation rates and their dynamics from a macroeconomic perspective?

But getting access to U.S. Census data is difficult.

“We had to go through a background check and access all the data in a secure environment,” Ouimet said. “Any results we release have been screened to make sure no confidential information is revealed about any one individual or firms.”

So is Chapel Hill on the right track to encourage more startups? Ouimet’s research suggests it might be worth the risk.