Understanding the art and science of human capital 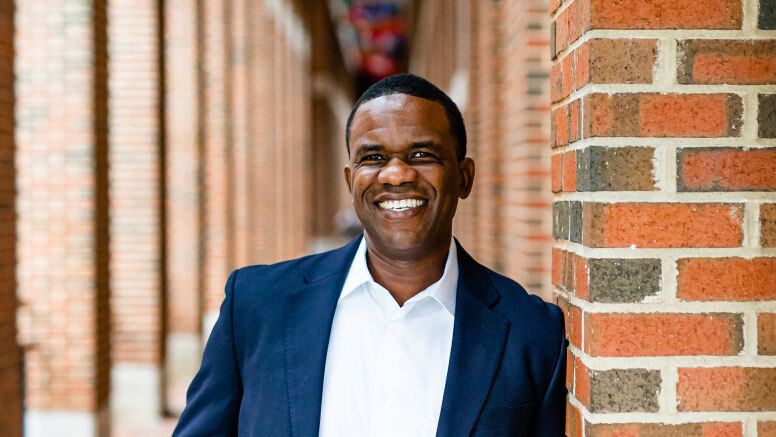 Sekou Bermiss signed his contract to join the UNC Kenan-Flagler faculty as associate professor of strategy and entrepreneurship just as the COVID-19 pandemic started in March 2020.

The plan was for Bermiss and his family to move from Austin to Chapel Hill three months later, but the pandemic put that on hold. Instead, they stayed in Texas for another year.

“It was a weird year,” he says. “I moved out of my office at the University of Texas and into my office at home in Texas.” He met with his colleagues and taught students at UNC Kenan-Flagler virtually during his first year.

Bermiss and his family finally arrived, in person, on campus in July 2021. Even though he prefers working in an office outside of his home, he found a silver lining to kicking off his UNC Kenan-Flagler tenure in the unorthodox manner: He could ease into the new role.

Before arriving in Chapel Hill, the Brooklyn native was thriving at the University of Texas at Austin, where he was named a Poets & Quants top undergraduate professor in 2018. The downside was that he and his wife missed family on the East Coast. 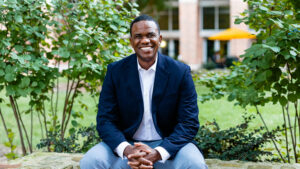 When faculty from the strategy and entrepreneurship area asked him if he would consider a move to UNC Kenan-Flagler, he asked his wife what she thought. They had built a great life in Austin, but she was intrigued because she has a large number of family in the area.

Then, the Business School won over Bermiss.

“It felt like it had a liberal arts feel to it, even though it’s a business school of rabid capitalists,” he says. “There’s a feeling of collegiality and community.”

Bermiss is most impressed by his colleagues because he is constantly learning from them. They also were welcoming and asked for his input from the start.

“I love the vibrancy of the faculty here,” says Bermiss.

In addition, UNC Kenan-Flagler students represent the modern business school, which has more depth than past iterations.

“Students are really diverse and not just in demographics but also in their interests and what they want to do,” he says. “The impact our students will have on society will be widespread.”

His approach to teaching draws upon his previous studies. Bermiss earned a BS in chemical engineering from Rensselaer Polytechnic Institute before earning an MS and PhD in management and organizations from Northwestern University Kellogg School of Management.

“I was an engineer in a former life, so I carry a lot of that in my approach to teaching,” he says. “By that I mean is that teaching our students how to solve complex problems is our most important work.” 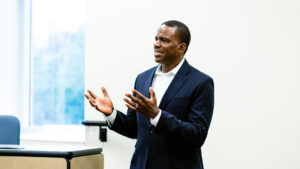 Bermiss teaches “People Analytics,” a data-driven human resources class that covers optimizing the processes of recruiting, promotion, retention and more. Although he originally developed the course for MBAs, he adapted it for Undergraduate Business students because they can benefit from experience with thinking about talent management regardless of their career path, and especially if they have dreams of entrepreneurial pursuits.

Even in the pandemic, Bermiss participated in UNC Executive Development programs and served on the panel for an Undergraduate Business student’s honors thesis.

To help students problem solve, he deploys a number of methods, including case studies, which allows them to dig deep into statistics and describe, defend, analyze and critique findings. Also, he uses role playing to give students the chance to try to execute what they are learning.

“I love the case method and also weaving in application,” he says. “I want them to develop confidence.”

Still, one of the most compelling parts of the coursework is the fact that Bermiss can draw on his passion.

“It’s a cool course for me because it dovetails with my research,” says Bermiss. “I push students to develop hypotheses about the causes of the central issues firms face with talent management and then use data to test those hypotheses. It’s applied statistics.”

An award-winning researcher, he focuses on strategic management and organizational theory, studying how institutional factors shape a company’s perception and how human capital movement influences a company’s ability to compete.

He and Rory McDonald of Harvard Business School have researched how an employees’ political ideology relates to their relationship with the organization. The duo tracked the movement of more than 40,000 investment professionals in the U.S. private equity sector over a 10-year period.

In the article “Ideological Misfit? Political Affiliation and Employee Departure in the Private Equity Industry,” they explored how political ideology has crept more and more into various parts of people’s lives, specifically their workplaces. The focus of their attention was whether people were more likely to move if the company’s political stance diverged from their own.

Now, Bermiss is working on more research about how angel investors might be impacted by the political ideologies they hold.

A family man, Bermiss is motivated by his wife, Traci, and their two children. Traci works for IBM and recently moved within the organization from the marketing function to the human resources area as a global diversity and inclusion leader.

“Now, she has developed a newfound respect for my work,” says Bermiss.

The family is enjoying the Triangle and its ideal location for exploring the state, including an Outer Banks vacation. “Being close to the beach is awesome,” says Bermiss, who likes to play basketball and is an amateur golfer looking to play more often in the beautiful weather in North Carolina. 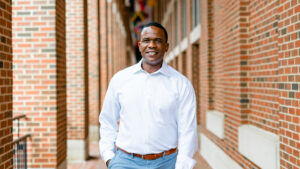 Beyond teaching, research, and family life, Bermiss has come to be known for his annual reviews of hip-hop music. The tradition began when he was at Northwestern and missing his friends back in New York. They used to get together to discuss their favorite music, and Bermiss felt empty without the debates about lyrics and nuance.

So, around the holidays, he wrote an email to his friends with all his thoughts on the year’s most impactful hip-hop albums. People kept asking for the next edition, and the annual tradition was born. Today, Bermiss continues to share his yearly list of best albums and even hosts a podcast. His favorite hip-hop artists include Jay-Z, Nas, Kanye West, DaBaby and Rapsody, who is from North Carolina.

In his 2020 list, he declared the best album of the year as “Extinction Level Event 2 (ELE2): The Wrath of God.” Busta Rhymes has spoken of how hip-hop can influence change and his commentary is relevant to Bermiss’ approach to being a professor and his love of the music genre: “Hip-hop reflects the truth, and the problem is that hip-hop exposes a lot of the negative truth that society tries to conceal,” has said Rhymes. “It’s a platform where we could offer information, but it’s also an escape.”

Listen to Bermiss talk with Ayana Younge (PhD ’20), a postdoctoral research associate, about transitioning to UNC during a pandemic, his research and his music playlist,