Tying all pieces of business together with an MBA 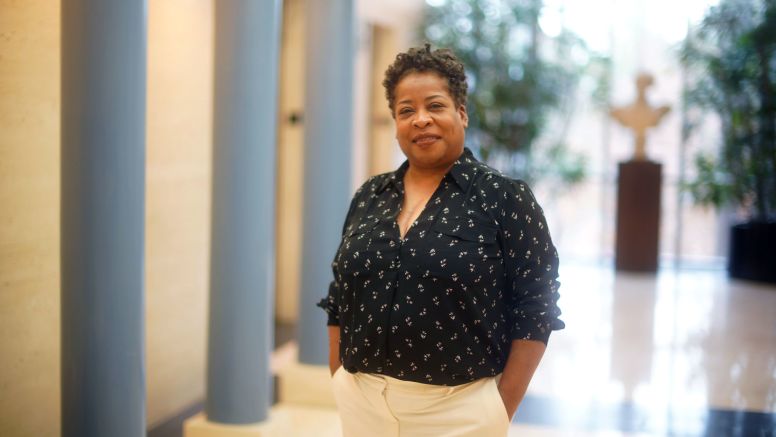 Earning an undergraduate degree in manufacturing systems engineering from Kettering University in Michigan, Nancy Reaves (MBA ’00) began her career building and designing assembly lines for air conditioning modules for General Motors. She felt earning an MBA was a great way to tie all the pieces of business together.

“I wanted to go to one of the best schools out there,” Reaves says. She considered both Duke Fuqua School of Business and UNC Kenan-Flagler. After speaking with the admissions team at UNC Kenan-Flagler, her mind was made up. “It was just really clear that UNC was the right choice for me.”

Reaves applied and enrolled in the Business School’s inaugural class of the Weekend Executive MBA (EMBA) Program. She knew an MBA would help her bridge a career in engineering to other industries, including IT.

After she graduated, Reaves started working at IBM as a product marketing manager. She took on multiple roles – alliance manager, cloud market segment manager as well as a business line manager.

“Things just took off at a really fast pace. I was asked to work on a program that was brand new,” she says. “It was pretty different from what IBM had been doing and I got to be one of the product managers who worked on the that program. It was extremely successful and ended up being one of the fastest ramping server products in IBM history.”

Reaves and her team were awarded the Lou Gerstner Award for Client Excellence, the highest internal award IBM employees can earn. It was one of her greatest achievements and highlights of her career.

And her success did not end there. Lenovo recruited her to be a product manager for its software business, and then Dell hired her as a senior consultant in product management in July 2018.

“The Dell opportunity was one that I could not refuse,” Reaves says. She says it was a great mix of technical, business and product management experience.

“I love product management. As a product manager, you are a product owner and you get to work from something that’s just an idea to taking it to market, supporting our sales team, and managing the business.  You really get to touch every aspect of the project,” Reaves says.

Her career trajectory might have been different, she says.

“It would have been a lot harder without having that asset of a UNC Kenan-Flagler MBA on my resume. It’s that proofpoint you need to show that you have the capacity and aptitude to be able to do the work,” Reaves says.

And it wasn’t just the professors who challenged Reaves throughout the program, her classmates did, too – an advantage of the Executive MBA Program.

“We had such a great class of students that we learned from each other as much as we learned from the professors. Everyone had years of experience under their belt,” she says. “Not only were you learning theory and principles from the professors, you also were learning what was practical and realistic and how it applied to students and their jobs.”

“The program really challenges you to think about how you would apply what you’re learning to your role and career,” Reaves says. “I was applying it immediately.”

UNC Kenan-Flagler did an excellent job in selecting diverse students to participate in the program, she says. “Diversity is important.  It is proven that a company that is highly diverse is more profitable and more successful. Dell makes a concerted effort to drive diversity and my management team always recruits with that in mind.”

Reaves counts many benefits of the Executive MBA Program. “I got a set of skills from my classmates as well as the coursework that have really helped me be a better employee and a better entrepreneur for my business,” she says. “I’ve gotten more than my money’s worth earning my MBA at UNC Kenan-Flagler. It’s paid for itself many times over. Having that credential on my resume helps to get my foot in the door.”

“I encourage those interested in leading, teaming and managing a business to look at Dell Technologies and a leader in driving opportunities that empower the individual to add value and make a difference.”